How To Be Free On The Net Without Harming Editorial Offices 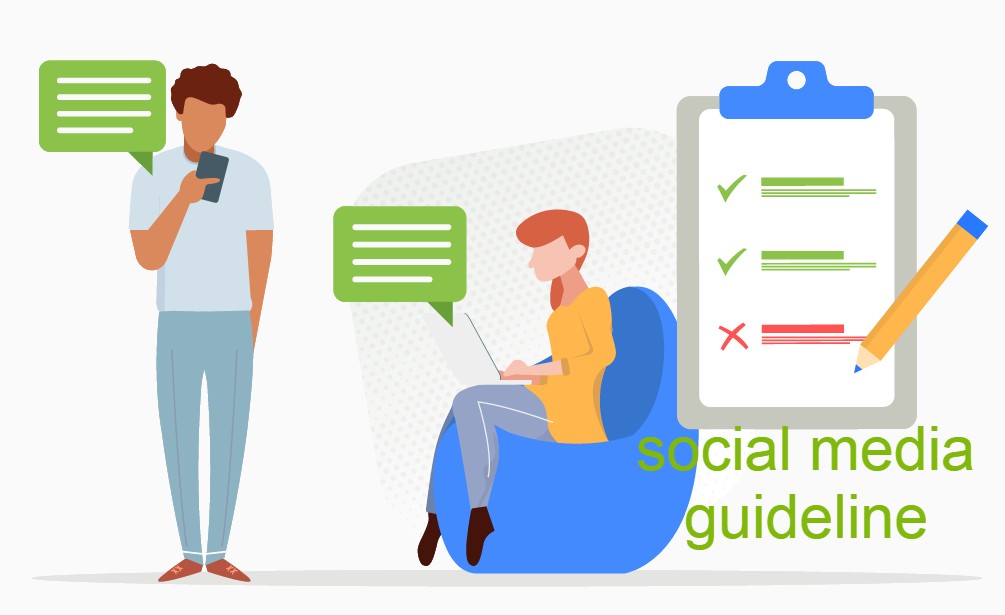 Can a journalist be absolutely free on social networks? In many cases, they decide for themselves how to position themself, how to present themselves in networks, what discussions to hold, what content to spread, what forces to support, what views to have as an individual.

Many media outlets are developing social media policies to avoid questioning the reputation of the editorial office and to avoid problems with journalists.

It is basically a separate document, sometimes a part of an employment contract or an appendix. When journalists go to work, they get acquainted with these provisions, and later the rules of the general game help to avoid problems.

Media Initiatives Center (MIC) encourages the involvement of its employees and balanced actions in the online domain.

To this end, it recently developed a code of conduct for social networks, urging employees to follow the rules to shape the image of the organization, spread values and avoid possible problems and misunderstandings of its employees.

Few editorial offices take this path in Armenia. Recently, the court fined a 1in.am journalist for a political post on Facebook and ordered them to make a denial.

The journalist was alone in defending her rights in court because the media outlet where she works thinks that Sona is free on her social network page and can express different views.

Civilnet is one of the few editorial offices in Armenia that has a social media guide.

Editor-in-Chief Karen Harutyunyan notes that the main purpose of the arrangement is to maintain the impartiality of the media, as the behavior of employees in the public sphere can damage it.

“However, these rules are a draft, the employees do not sign a document to follow them in practice. We rely more on the sound judgment and restraint of journalists,” he said.

According to him, since there is no special compulsion, journalists do not feel constrained on social networks.

“In general, there is a contradiction in this issue, on the one hand, it is encouraged that journalists have a civic consciousness, on the other hand, it is very important that they do not degrade their behavior and weaken the result of the actual journalistic work.”

“Ampop” media has a code of conduct for its employees, in which 3-4 points refer to their information activity on the Internet and social networks. Everyone gets acquainted with the document when they go to work.

Editor-in-Chief Suren Deheryan says that they have settled the issue from the very beginning. As much as they are personal pages of journalists, they are still associated with the media outlet in which they work.

“From the very beginning, we understood that if our media outlet has a position, a policy and a strategy to work in the media field, then employees must maintain those important values,” he said.

According to him, this is how each employee is aware of the areas that are fundamental to the organization.

“We have a clear point that we cannot express a position that could harm the honor and dignity of others. We all have the temptation to express what comes to my mind quickly, but I am in favor of following and maintaining moral norms that we do in our non-virtual life in the virtual space as well,” said Deheryan.

He says that today everything is mixed up on social networks, people sitting on their sofas wearing slippers at home enter a public space and behave improperly, without having any information about the other person, begins to insult him and label him.

“And it is important that not only media organizations have such a regulation, but all organizations, because when such behavior is manifested in the workplace, a person loses their job, as for what they say from the sofa of their house, they can say what’s on their mind during non-working hours,” he added.

Public Television has a social media guide. The Public Relations Department says that the code of conduct for social media does not restrict employees’ right to freedom of expression.

When signing an employment contract, the employees of the TV company get acquainted with the provisions on their activity on social pages. The main demands are not to damage the reputation of the TV company as a result of the publications, not to spread insulting, misinformation statements and not to write such comments.

It is important that Public Employees get approval from the Public and Foreign Relations Directorate in cases where they will be making statements on behalf of the TV company.

Bloomberg Armenia correspondent Sara Khojoyan says the editorial office has a code of conduct. According to her, she cannot make any posts that could call into question the impartiality of the media.

“Journalists draw the rest of their borders for themselves. For example, we cannot say which political force to support on online platforms, and who we have chosen as citizens during the elections. We can’t distribute tests and materials with an obvious political message,” she said.

According to her, all local issues of international interest demand neutrality from the journalist, for example, the issue of Amulsar. “It can be a potential topic for the material, that’s why it is not desirable to express an opinion, to publicly support environmentalists.”

Sara says that she can only post trusted sources on her social media page, which is one of the rules of conduct.

“The journalist must show their impartiality online so that different political forces and groups know that they, as a Bloomberg reporter, will be impartial when writing about them,” she said.

For example, the BBC’s social media policy states that employees cannot post on their network page how they voted or what political force they support, nor can they express their views for or against controversial political or economic issues during times of discussions on current policies. They also cannot speak or write about the BBC in public without the consent of the management.

“Expressions of opinion on social media can take many forms – from straightforward tweets or updates, sharing or liking content, following particular accounts or using campaigning or political hashtags,” the policy said.

Reuters reminds its reporters that “their sources, partners, competitors and even future employers can follow and watch their online activity.”

The media is urging its employees to resist the temptation to express anger.

“Think about how you’d feel if your content was cited on the front page of a leading newspaper or website or blog as Reuters comment on an issue,” the document said.

Reuters recommends having separate journalism pages for collecting news and keeping up with the activities of the professional community․ “Social networking encourages you to share personal details, you don’t need to overload your professional network with personal content.”