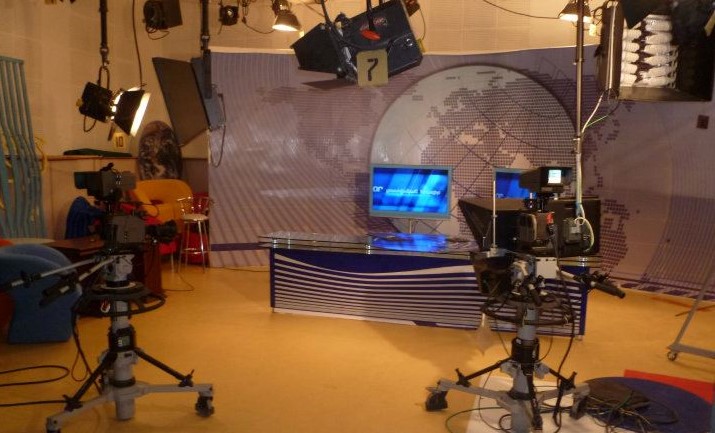 After the Velvet Revolution in Armenia, there were no significant changes in the Artsakh media field. This is the view of the relatively active media outlets operating there.

There has been a quantitative change in the last two years, and there has been no significant progress in terms of content. Three new news sites have been created – Arcakh24 (once in a while you can see criticisms regarding the authorities on this site) and Luyspress (with Vitaly Balasanyan’s statements and bureau announcements being actively posted here), and Artsakh1 was announced the other day (the site only posts interviews on its Facebook page). There is no information about the founders on any of these three sites.

Editors link the changes in the media field with the upcoming 2020 presidential and parliamentary elections in Artsakh.

Vahram Poghosyan, editor-in-chief of the Artsakhpress news agency, says there have been no major changes since the revolution, as “there is a problem of qualitative change in the media field in Artsakh, therefore in this way, the reasons are more profound.”

According to him, to say that the media fully reflects the reality would not be honest. In all media, regardless of the quality of the media, there is coverage of issues of public importance.

“The main issue is the accessibility to these media. They are mostly print and have a serious issue regarding interesting content. That is, they can be classified as unread media. These state-funded newspapers and magazines generally provide low-paid jobs that often involve people who have no connection to journalism,” said Vahram Poghosyan.

“All the obvious and unseen changes are conditioned by the policy of the new leadership. I’m talking mainly about the liberalization of television. In general, the company has not undergone any revolutionary changes either in terms of external impression or ether policy.”

According to her, the main players in the field are Public Television and Radio, Azat Artsakh newspaper, Artsakhpress agency, Artsakh Times media, party periodicals and one or two online media platforms, which “are not in the information competition but are trying to fill in the directions of information.”

“We do not have a media outlet with a marked opposition. I think each of the actors is trying to objectively cover the realities of Artsakh in one way or another,” she said.

According to Mary Davtyan, trust in TV and Radio has increased. The Artsakh Public has taken a step towards becoming a platform for conflicting views where various topics are discussed. “They may not yet be in perfect television format and we have shortcomings in performance, but in terms of content, they definitely reflect the interests of different layers of the public. We have included political-themed projects on the web that invite dialogue-minded participants.”

Ara Puluzyan, editor-in-chief of ARF Aparazh official newspaper, links some of the recent activism in Artsakh’s media field with the “presidential and parliamentary campaign that began a year ago, not the 2018 election events which took place in Armenia this spring.”

“Related to the 2020 election, the media is more actively discussing information from a critical and “opposition” perspective. Everyone is trying to seem popular. Many avoid responsibility and take every opportunity to appear as a “good angel.”

According to him, there is an issue regarding employee literacy in the Artsakh media field, as well as an issue among the audience in terms of understanding what they follow correctly and being able to orient themselves.

The activeness of online newspapers and platforms

According to Vahram Poghosyan, the field can be considered open, as there are two mass media active in Artsakh online: Artsakhpress mainly reports the news, while the ARF Aparaj official paper responds to problems with a subjective approach. “That is to say, if there are some issues that deserve the attention of the media but are in some way related to party figures, then they will naturally not be covered,” he said.

Ara Puluzyan is of the opinion that the impartiality of the coverage of the problems in Aparaj is also a result of being a party media and that they do not hide the subordination of one or another political team.

By the way, Aparaj has recently become active and has even started writing about environmental issues.

He did not want to single out for any active newspapers or news platforms but believes other media outlets will soon become active again in connection with the 2020 presidential election.

According to Mary Davtyan, the most active and operative media outlet is the Artsakhpress Agency. Artsakh Public also plans to become active on the Internet outside of the standard broadcasting content.

“After rebranding the official website, we intend to provide information to our consumers in the shortest possible time. We must create the opportunity to watch Artsakh Public Television online both on personal computers, as well as on mobile phones and tablets.”

Unlike the media, users on social networks have become more active, here they are more likely to voice concerns.

According to Vahram Poghosyan, there is some activity on Facebook, but often in a priori.

Chairman of the Union of Journalists of Artsakh Kim Gabrielyan also thinks that in terms of content, almost nothing has changed in the Artsakh media field.

“The political ‘firing points’ have just grown heated. New parties and social movements are emerging whose origins are still difficult to gauge. So what can one expect from this media field?  They are the same media outlets that have existed in the past, which are state, party or have departmental sponsorship and whose mission cannot have any other interpretation.”

At the same time, according to him, social networks have been activated, revealing new ideological layers in society. “If this can be considered a distinctive phenomenon in terms of pluralism, it has vulnerabilities in terms of information reliability and impartiality.”

Artsakh is getting ready for national elections, and information spin can have a negative impact on the public mood.

Kim Gabrielyan is worried that hastily created e-newspapers, amateur-friendly websites and social networking sites in the meantime will play a misleading role. And the question is, after the election, will the skilled media field be re-valued, at least, to its former importance.