#Tvapatum19 Will Decipher The Genetic Codes Of Virtual Personalities 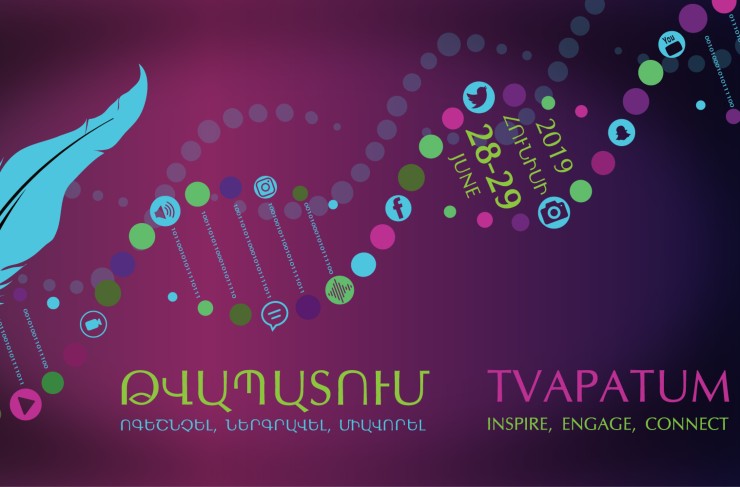 The Tvapatum Media Conference, which will take place on June 28-29, will look at a person as a digital unit that has its own unique DNA, identity collection.

Influential, enthusiastic and engaging digital content with a huge following is the driving power of the Internet as they are able to bring together the audience and quickly promote important (or very important) public discussions.

It is a pleasant and responsible role, the speakers at the conference will talk about the different aspects of it.

Co-founder of the Coda Story platform, Natalia Antelava (Georgia) will present a lecture on the attempts to undermine the audience’s attention to media content. Today, the media seeks not to limit itself to events, but to try to clearly see the details and show the inexplicable connections that are interconnected by people living in different corners of the world, problems, and their quest for solutions.

Polish journalist Jakub Górnicki, who works on the platform Outsider.rs for interactive stories, will tell you how to present the same story in different formats to get the most effect. Any problems can be presented in either a straight linear story or in a complicated game format.

The creative director of the Lateral Summer film production center, Anton Outkine, considers emotions as a valuable tool in the era of widespread digitalization, Under the constant constraints of time, it is important to create an audiovisual product that will help you feel the story, dive into it, have compassion towards the heroes and be ready to act.

Anton Outkine is the co-author of the interactive TV series “It’s Complicated.” The audience does not just watch the soap opera, but it also selects the plot of the episodes. More precisely, to make the choices instead of the heroes, changing the story as well.

Belgian Dries Depoorter transforms technology and data into art while Ksenia Diodorova, the head of Gonzo Design visual communication studio, into occasions for visual communication. Her multimedia projects are based on a personal conversation with the viewer and she will talk about this during her master class.

Ike Sriskandarajah is developing audio stories that appear in the investigative platform Reveal. The podcast is now the fastest growing format (there are 700,000 podcasts in more than 100 languages around the world) that any kind of content you desire in any genre, from soap operas to journalistic discoveries.

During his master class, Ike will tell you how to turn print materials into a podcast, losing nothing on the way, and vice versa, enriching it with audio media.

DCR Network Vice President Franak Viacorka (Belarus) will talk about the creation of new media and work with the audience. Also about three important points: content, formats and context. After all, any media platform is asking itself, what should the audience do with the information it reports?

This issue is also a priority for Armenian speakers who will discuss their role and influence in the formulation of public speeches during roundtable discussions.

Digital reality is no less realistic, here the generated digital codes can be the cause of a completely new DNA.

Armenian youth also knows about this, as they have learned how to create a wave, recruit an audience and most importantly, try to formulate a formula to keep that audience, stay interesting and inspirational.

The audience is always a co-author. It has already been imprinted on the products created by influential media personalities.

#Tvapatum19 will reveal the next round of genetic spirals where the author and audience often complement each other.