Russian Forces vs. A Journalist 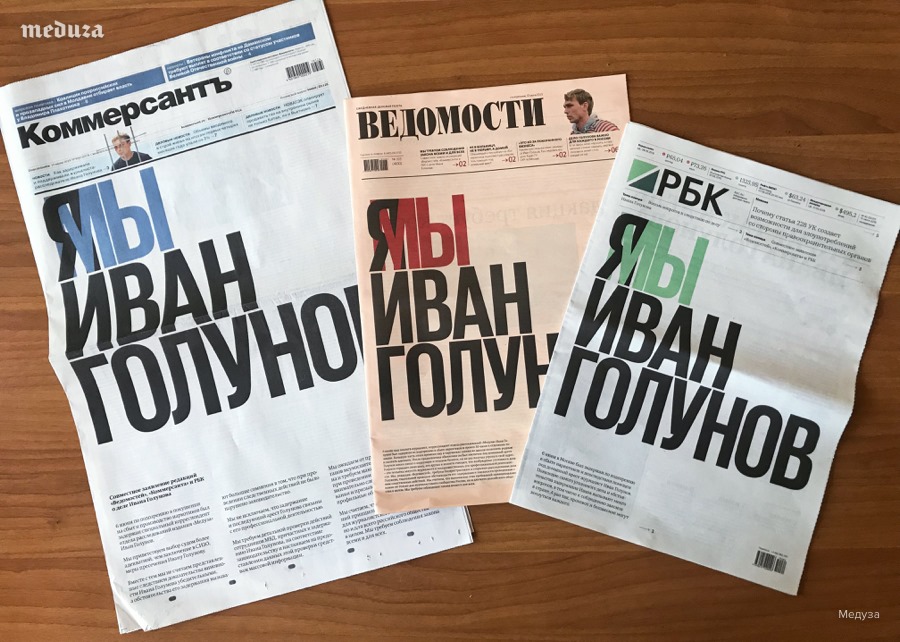 The arrest of Russian investigative journalist and correspondent for the online newspaper “Meduza,” Ivan Golunov, received a great deal of reaction among organizations and individuals concerned with journalistic and human rights issues.

Ivan Golunov was detained on June 6 in Moscow on suspicion of possession and sales of drugs. According to the police, they discovered mephedrone on him and a psychotropic materials lab was found in his apartment.

The journalist’s arrest took place with gross violations of the law, Goluov was beaten, deprived of the opportunity to eat, sleep, get timely medical care and speak to a lawyer. There was no proper examination to detect his contact with psychotropic substances. Later this suspicion was recanted.

It also became clear that most of the photos taken during the search of his apartment were false (according to lawyers, eight out of nine photos were taken at a different location) and serious suspicions had arisen that the journalist’s arrest was a form of torture, demonstration punishment, and the drugs were not his.

It turned out that Ivan Golunov, who wrote a lot about the Moscow City Hall and those who got rich illegally and who discovered corruption schemes seriously hurt some of the subjects of his stories. And those some went to work, harshly and negatively hindering his work.

The journalist is unprotected in front of the power machine. And his defense is almost entirely connected with the desire to make the case as public and as massive as possible.

The investigative journalist proposed a hypothesis and stated that the reason for his illegal and explicit arrest was an investigation into the criminal acts of high-ranking security officials. The high-ranking officials control the Russian market for mourning services (it’s almost a monopoly), and Golunov has written about it, seriously damaging their shadow business.

As a result of the massive wave from the public and the journalistic community, there were protests in Moscow for a few days “I am Ivan Golunov, I am a journalist, arrest me.” Though 20 protesters were apprehended, the flow of people forced the forces to retreat and answer the questions that had evidently come up in society.

Finally, the delayed examination ruled out the possibility of the reporter’s interaction with drugs, and the journalist was placed under house arrest as a form of detention.

“We can be next,” was the most frequently encountered texts during these four days. Numerous celebrities in social networks voiced support for Golunov, who quickly became the newest symbol of freedom of expression.

The beaten, injured professional has awakened the most important question now, and what happens when it’s the next professional’s turn?

This is perhaps one of the unique cases when the Russian media field (with its professional segment) united, without hesitating to stand behind their colleague who fell victim to police and investigative work.

On June 12, a protest march will be held in support of Ivan Golunov, whose participants will walk carrying the texts of the journalist’s investigations, and will continue their individual demonstrations in front of the Ministry of Interior.

Journalists and media organizations promised to expose those who ordered the arrest of the journalist. And they are already doing that. The power-shadow system usually retreats when the public is not indifferent.