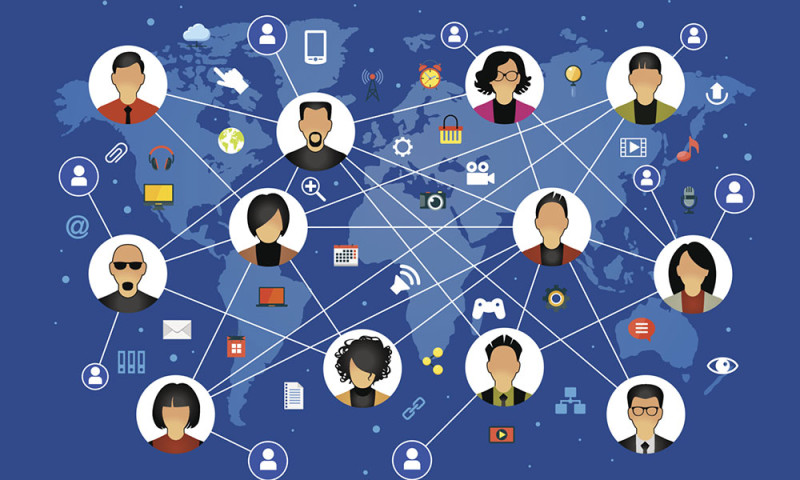 There are groups on Facebook, which have tens of thousands of members. In these groups, people usually have the same interests and problems. They discuss them, help each other with advice, experience and professional opinions. Sometimes they organize themselves and solve problems of soundness.

The most recent example of this was the issue of labels, which was raised in a group created as a discussion platform for Armenian parents, Armenian Parents’ Corner. One of the mothers wrote in the group that the labels on plastic bottles are easy to tear and small children can swallow them.

The Minister of Health, Arsen Torosyan, when to work and announced at the government session that alarms have been made both by the medical community and by parents. At the meeting, they decided to change the quality of labels posted on the goods.

“In our other group, Nannies/Assistants, many have found their nannies, trainers and their assistants for household issues. This way, we also solve the problem of employment for many,” said Astghik Zakaryan, coordinator of the group of mothers, nannies and assistants.

Today the Armenian Parents’ Corner group has more than 53,000 active parent members, and the nannies’ group has about 30,000 member. Having a large audience of parents, they have been cooperating with different ministries, NGOs and other institutions for a long time.

“We usually tag specialists in the relevant field beneath important posts, and we receive feedback and sometimes support them in bringing the issue forward to higher levels. When needed, we apply to the relevant structures with an official letter,” said Astghik.

The Facebook group Don’t Do That deals with traffic issues, which makes it easy for both drivers and traffic police to do their work.

“Our group has a history of two years of sharing experiences with drivers. In the group, drivers post posts on traffic offenses, fines and issues. The most important thing, is that there are traffic police officers in the group, they follow drivers and answer their questions,” said group coordinator, Manya Sargsyan.

According to him, the key issues are highlighted in the group so that relevant specialists can respond. “We do our utmost to make the problems of the masses accessible to the decision-makers. Often there are specific situations, but our goal is focused on more global issues such as traffic, traffic lights, parking lots etc.”

Manya tells us that at the end of last year, the drivers complained in the group about the shortcomings of the work of traffic police.

Discussions took place on this platform that have probably influenced the quality of service, which began to improve.

“In the past they did not hear our voice, then they started responding, but now slowly but surely there are visible solutions,” added the group coordinator.

The Ministry of Agriculture is in constant contact with Facebook groups and users regarding topics in their field.

In the facebook group Fruitful Armenia, people collect and discuss diverse issues related to the field of agriculture. They know that this platform is paid attention to by the ministry, and the topics discussed there are moved from the online environment to a real dimension.

“There are many good examples of how to make online discussions part of the agenda. For example, as a result of Facebook posts, the First Deputy Minister, Gegham Gevorgyan, discussed the amendments to the Land Code with farmers. Then the discussion moved to Television,” said Ani Smbatyan, Spokesman for the Minister of Agriculture.

SRC spokesperson Lusine Mkrtchyan says that she is a member of some Facebook groups and that following them is an integral part of her daily work.

“In these groups, I follow post, write comments, if incorrect points are raised, I bring up quotes from the law. Sometimes there are narrow professional issues, in which case I refer a corresponding SRC specialist in the comments,” said Lusine.

She thinks that in these groups (Taxpayers and Taxes, Accounting and SME Specialist groups) are their tax paying taxpayers who should be informed, directed and corrected.

“If there is no desire to apply in the traditional way, it does not mean that we should leave an information gap, because it will be much more difficult to fight against misinformation and panic. Working with these groups, from a media perspective, helps to keep people more informed,” said the SRC representative.

Recently, according to our interlocutor, as a result of discussions in these groups, the SRC has had meetings with presenters, and clarifications have been made on making 50 kg to 25kg for customs clearance, on the taxation of singers.

“It will not do to ignore social media today, and most of our topics are coming from the internet,” she said.

The profession-based Facebook groups are different, some are active, other not as much, but the important thing is the consolidated, joint search for solutions.

As professionals in the group are real, and the interactions are done without a middle-man, people easily find the information, advice or direction that they need.

Perhaps the most important thing in such groups is trust. Or at least the choice of who to trust.

There are groups of half a million and more members. Successful examples of their resilience forces decision makers to be accountable to a broader audience, communicate and discuss the issues.