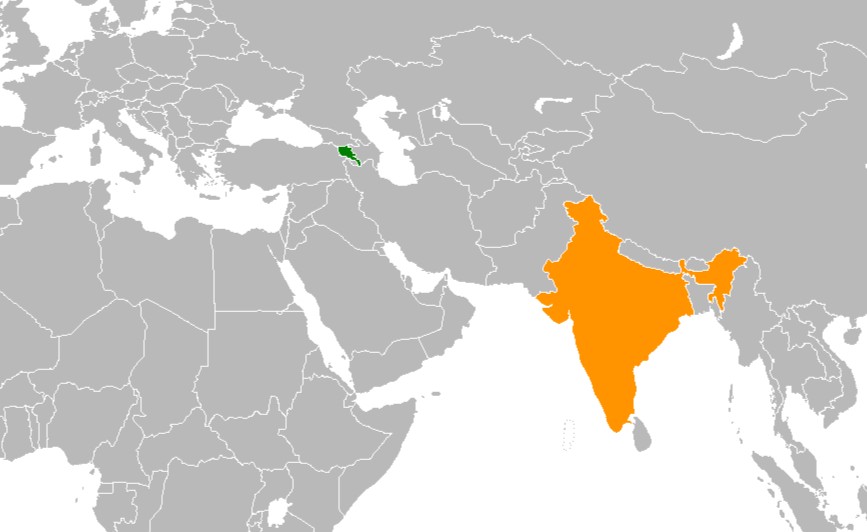 Migration is a sensitive subject. It turns out that that the inflow of people from other counties is discussed in the media and social media in a negative context. The entrance of Indians to Armenia confirmed this.

How the media exaggerated the subject of Indians

The active coming and goings of Indians on Yerevan streets have long been noticeable. Worries about the issue were expected, but not in shades of hatred. For a few days, Indians became a top topic in social networks and news outlets.

Armen Ghazaryan, head of the State Migration Service, says that the problem with the number of Indian citizens in Armenia has already been identified and efforts towards regulating it have begun.

“This storm was actually produced by the media, because it was clear from the figures that the  informational noise was artificial and the status of 2,000 residents was not such an indication which deserved such a violent reaction. The media captured captured the bait of social networks,” clarified Armen Ghazaryan.

According to him, the noise generated is mainly hate speech against strangers and those who are different, “In my interviews, I keep saying that hate speech will not bring anything good to a people who has a historical experience of suffering because of hate speech, when it periodically became actions of hate.”

One piece of information from within that noise which doesn’t match reality was the news about the number of Pakistani citizens in Armenia. The problem is, Armenia and Pakistan have no diplomatic relations. Moreover, Pakistan did not recognize the state of Armenia.

The head of the State Migration Service says that talk of the mass influx of Pakistani people was exaggerated. “There are dozens of them, 4 of whom are asylum seekers,” he added.

According to another observation of Ghazaryan, in times of hyperactive social media, people expect regulations to be quick and immediate, however from the perspective of politics, one should analyze the situation and only then solve.

According to the Head of the Migration Service this opportunity should be used correctly to start a healthy and public discussion on migration issues, because we have never discussed these issues before.

When talking about the coverage of the topic, Ghazaryan mentions that there is a problem with the terminology. There is confusion in the publications, it’s not clear who is a migrant, asylum seeker, repatriate, volunteer or forced returnee, etc.

“We need to help journalists when it comes to terms and statistics. In such cases statistics can help to understand the situation. Let me also note that there are very few experts in the field, and some of them do not want to talk for the media,” says the official.

The media in Armenia presents the topic of migration without any analysis. Anahit Hayrapetyan, Coordinator of External Relations and Public Information issues at the Armenian Office of the United Nations High Commissioner for Refugees, expressed such an opinion.

According to her,  media coverage remains unfinished, with ellipsis. Journalists’ viewpoints don’t  appear in the materials, the statements of the involved organizations are absent.

“Recently, a protest was organized at the UN Armenia office, the journalist interviewed a refugee and that was translated by another refugee. Fragmented, without getting the opinions of other parties, the journalist hurried to publicize the raw material” says our interlocutor.

Continuing to present the problem using this example, Hayrapetyan says that such interviews put the public in an awkward situation and predicament. “After all, journalists have to have an objective goal as to why they are  asking for an interview. They should explore more and get background information on the given topic and provide concluding remarks, not to mention that the material should have a solid analysis, as well.”

In journalistic work, the journalists’ stance, ethics, and focus on the subject are of critical importance to the UNHCR expert.  She is convinced that during the conversation, the journalist should analyze the interviewee’s arguments, and if necessary, contradict, as a journalist is not just a person holding a recorder.

There’s no need to create unnecessary tension within the society. According to Hayrapetyan, there is often no optimism in the publications, while in Armenia we do not have xenophobia. “Our society is actually very open to other societies, and people are happy when they see tourists and newcomers from different countries in Armenia.”