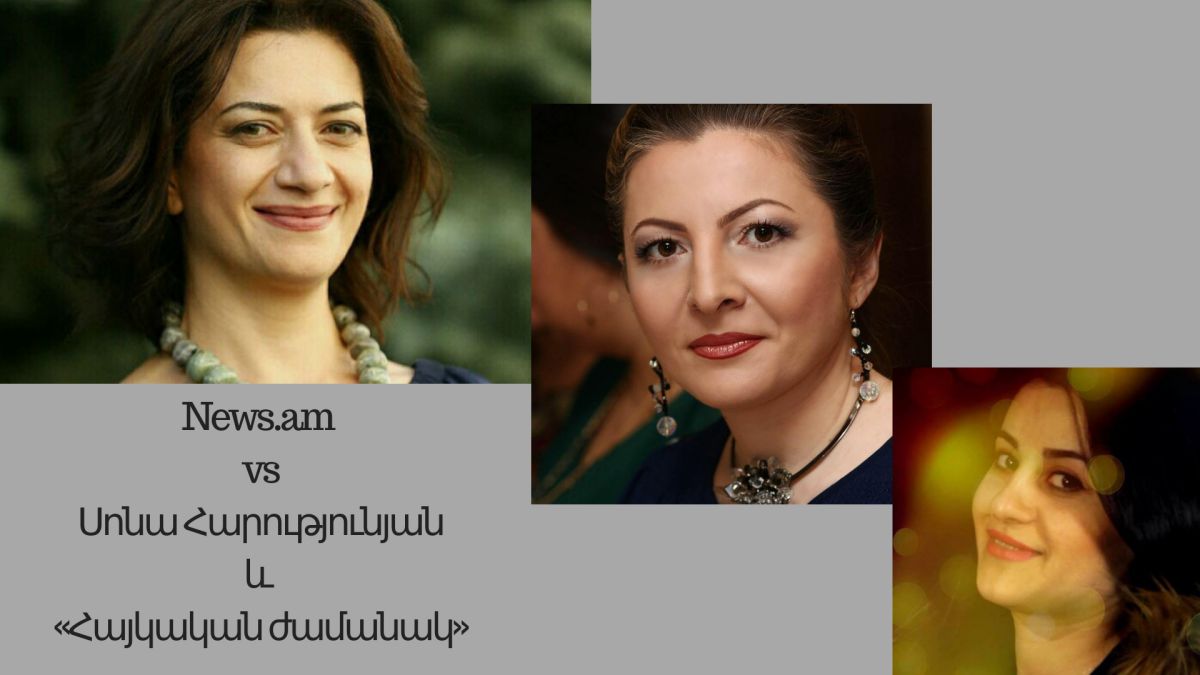 News.am news website filed a lawsuit against 1in.am journalist Sona Harutyunan for her Facebook post and against Armtimes daily, for the article “Ararat, Armnews, H2, News.am, Yerkir Media, fake media which has been “bought” by Kocharyan.”

The media outlet feels that the journalist has spread slander and insulted their business reputation. Last month, Sona wrote on her social network page that the recent changes have not been avoided by journalists and so called journalistic solidarity.

This conflict has a precedent and it is related to the journalist’s post, “The Yerevan Mayor’s ARF candidate was formerly charged with the murder of Yerevan’s first mayor.” One day later, News.am posted clarification on  the ARF Dashnaktsutyun issue, which states that obviously false and dishonest information has been published and evaluated in the 1in.am article.

Sona was surprised at this News.am publication, sinc previously the media never made statements or denials regarding such content.

“The media wants to force me to pay 100,000 AMD for destroying the reputation of the business and another 100,000 AMD for insult, as well as publish a denial, publicly apologize and publish the court ruling on my Facebook page,” said the journalist adding that News.am’s suit was a big surprise and was, in fact, was expecting a court case to be opened for a different piece of material.

Sona says that the lawsuit is unprecedented, as it has opened a case against herself, not an individual or organization, but a media outlet. “This is an attempt to restrict freedom of speech and is specific to the pressures of freedom of speech during the second president’s tenure.”

According to her, this case is vulnerable, as a Facebook post cannot be a basis for a court case. In Sona’s words, it is not her own post that damages the business reputation of the media, but rather their suit, since the response of  the media field and social networks after the suit is proof of that.

News.am has also filed a lawsuit against Armtimes daily, claiming to 200,000 AMD for damaging its business reputation.

In the Article “Ararat, Armnews, H2, News.am, Yerkir Media, fake media which has been “bought” by Kocharyan,” journalist Narek Kirakosyan lists a few  media outlets, referring to social networks, through which Robert Kocharyan filed a claim to become a media magnate.