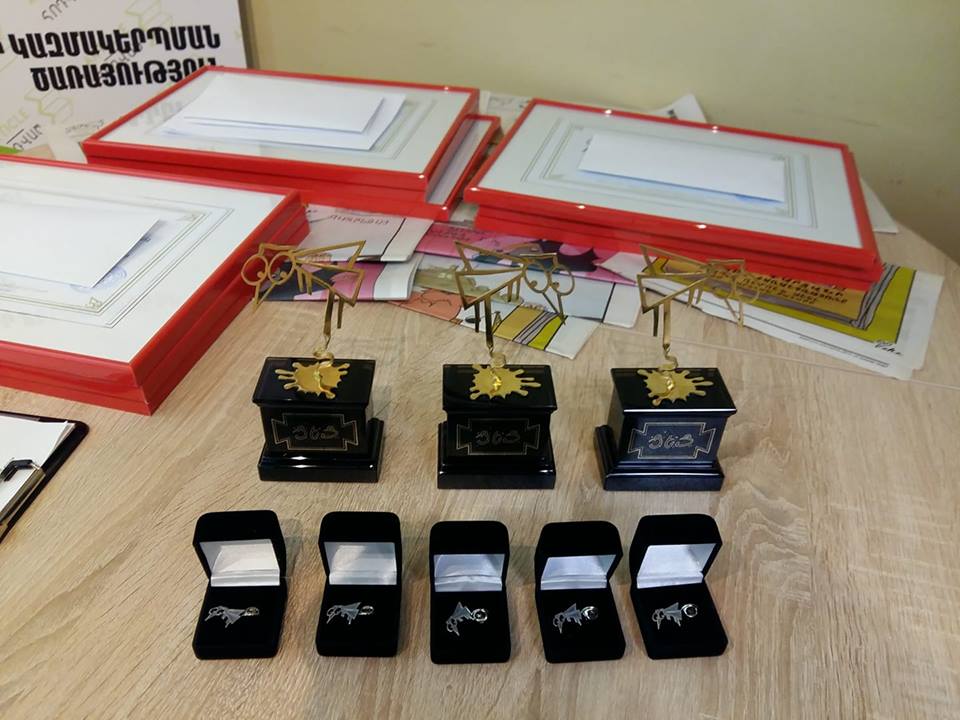 Tsets (Moth) satire newspaper and MediaLab.am recently organized an award ceremony that aimed to recognize those with an active political stance in art and the media.

On December 10, International Human Rights Day, the gold and silver moth pins (and monetary rewards) were awarded for courageous political moves made in recent years. Chosen were three methods of making these moves: image, text, and (protest) demonstration.

“Actually, we initially wanted to give awards only for caricatures, but then we saw only we do caricatures in Armenia, so we decided to expand the boundaries of the award,” says Tsets and MediaLab founder Marianna Grigoryan.

Grigoryan asserts that the expression of political stance is not only a right, but also a duty — for building a responsible society.

For visualizing the media, art, and politics in one package, Arpi Balyan received an incentive award (for street art projects and the exhibit “I’m speaking to you, are you listening to me?”). 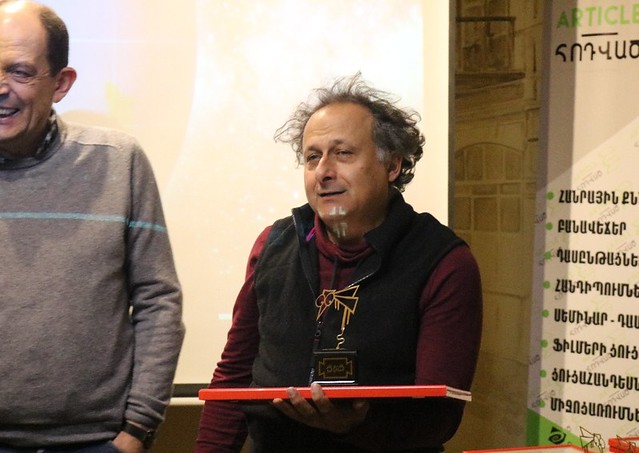 Danielyan is a vlogger who has a clear idea of what he wants. He wants to say what he feels the need to say.

“I do it because it’s fun. It’s a spontaneously born series: I didn’t plan to make it and change everything with it. It’s just that the KAK [trans. ‘poop’ but also a play on the name of his channel] had matured,” he said. 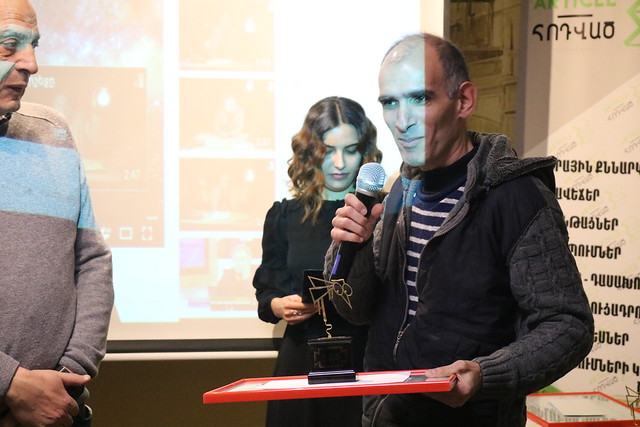 In fact, these awards are very symbolic because they break the stereotype that politics has to be detached from art and become a profession for a group of people who get the authority to be a “politician.”

Though it’s incomprehensible who gives that authority and who recognizes it as invalid.

Everything is politics, and to accept that, human-actions are necessary, whose steps, texts, and images are able to change if not the reality, then the view into that reality.

Given Silver Moth Awards in this category were given to publicist Zaruhi Hovhannisyan, for using the violin as an active civic tool, and director Nanor Petrosyan, for the Verapatmum (Rewriting History) interactive presentation.

While the Gold Moth Award was given to the creator of the most provocative and courageous street demonstration in recent years, Artak Gevorgyan, whose green and happy cardboard tank was a touchstone for the powers that be. Art was opposed to the logic of state structures and with that became extremely political. 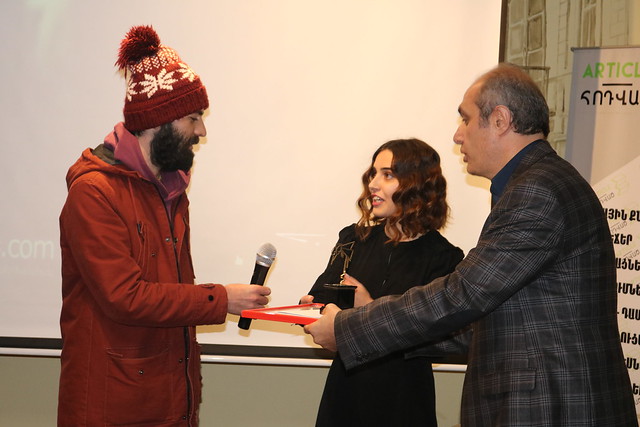 A clear political stance is a natural demand. And it’s worth remembering this when some artists and media people are reproached for making opportunistic moves.

Sergei Danielyan, for example, knows that he doesn’t produce his show to make money.

“It’s clear that I can’t make a lot of money on YouTube, the views on my shows don’t exceed 100 or 200 thousand. And that’s not money. Though art sometimes hits the target and hurts, but, in a big sense, it helps to ensure balance in society.”

And not only balance, but also energy. Rechargable art certainly goes unnoticed (or deliberately obvious) on the political boundary.