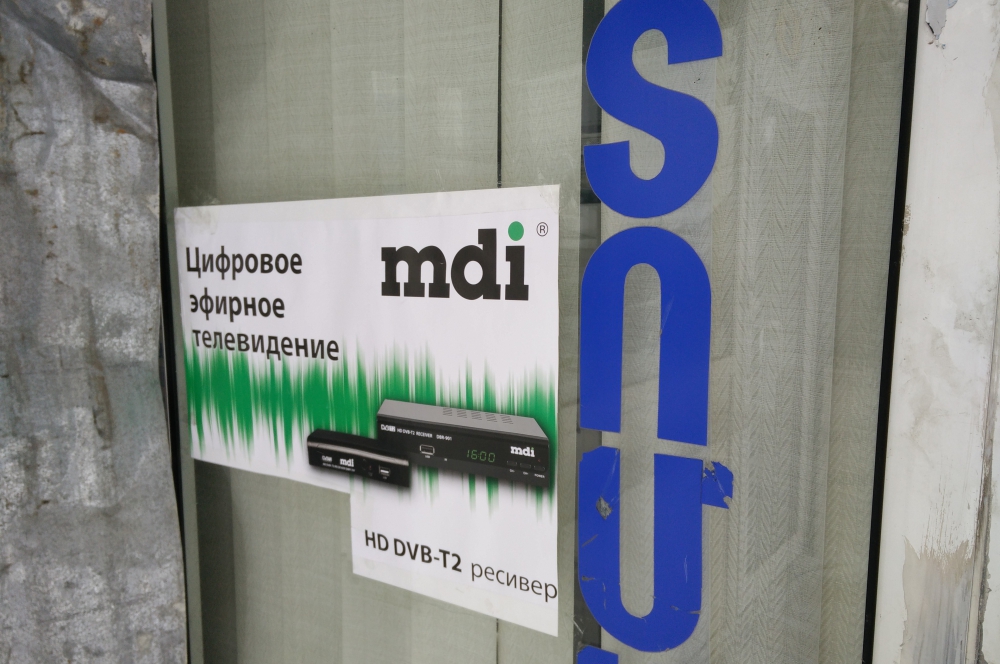 Media organizations are trying to save regional TV stations without digital broadcasting licenses that operate in the marzes (provinces) with analog broadcasting from becoming obsolete because of unequal competition.

“After analog broadcasting is shut off, these TV stations basically will continue to work, but for whom, it’s unknown,” Committee to Protect Freedom of Expression (CPFE) President Ashot Meliqyan told Media.am.

Currently, only one TV company in every marz in Armenia has a digital broadcasting license, while the remaining TV companies operating in the marz have received permission to continue analog broadcasting, until a private multiplex enters the scene or a new tender for licenses is announced. In August, the competition for a private multiplex was cancelled and postponed for a year because of the absence of applications. Meanwhile, the next competition for broadcasting licenses is planned for the year 2020.

TV stations that only broadcast analog, according to Meliqyan, are trying to find interim solutions, one of which is to be included in the regional paid cable packages. “But that also creates an unequal competition field.”

Draft law to “save” the regional TV stations

The Committee to Protect Freedom of Expression, Yerevan Press Club, and Media Initiatives Center [responsible for this site – trans.] on Sept. 15 submitted a jointly developed legislative bill to parliamentary factions, in which they offer a quick solution to two issues.

One of these issues refers to the forthcoming broadcasting licenses competition. “Until 2020, when the next competition will be held, mainly for finding spots in public multiplexes, we propose to automatically replace the analog [broadcasting] license of TV companies operating in the marzes with a digital [license]. When they have this license, and the law allows establishing a small private multiplex also in the marzes, they will be able to operate,” conveyed Meliqyan.

Consequently, the other proposal in the draft law is the entry of several multiplexes in the market. “And this isn’t that enormous giant stipulated by the current law [AM], which must centralize broadcasting, involving the entire country, which is unacceptable also from the perspective of monopoly and control. We are proposing that the private multiplex can be in one or several marzes. If the bill we developed is adopted, local TV companies can unite and create a multiplex — this isn’t tied to large amounts of money. Georgia’s experience shows that it’s a problem solved by a few tens of thousands of euros, and for business entities that’s not a large sum,” said Meliqyan.

But is the operation of several private multiplexes technically possible in Armenia? “It’s possible, it’s just that the channels allocated to our country and the applied technologies that provide the opportunity to broadcast a certain number of TV programs through the use of one channel must be accepted as the real output,” Television and Radio Broadcasting Network of Armenia General Director Grigor Amalyan told Media.am, adding that the digital broadcasting system implemented in Armenia has great opportunities and meets the high requirements of modern technologies.

As for the digitalization process model in neighboring Georgia, in Amalyan’s opinion, it’s not successful. “There, many frequency resources are wasted. When you give a TV company the opportunity to work in a very small broadcasting corridor, you don’t contribute to raising its quality or financial independence. You get a young, amateur TV company. In my opinion, TV stations in a small country should have the widest possible coverage, which is also a contributing factor to qualitative growth.”

The process of shutting off analog television broadcasting in Armenia is expected to begin on October 20. Meanwhile, the Law on Television and Radio Broadcasting requires that this to have been done by the start of this year.

Meliqyan emphasizes: “Since Jan. 1, 2016, the government has been violating the law. When we were urging to once again change the law and officially enshrine digitalization, we, including Grigor Amalyan, were told the constitutional right to receive information has more power than the law. But I, nevertheless, will counter: the law must be made to comply with the Constitution and either one or the other implemented.”

“Frankly, we’ve primarily drawn attention to the constitutional right to receive information. If we had shut off analog broadcasting on Jan. 1, 2016, we would have divided only a small segment of our disadvantaged citizens from the corresponding devices. And even if there’s been an omission in the matter of compliance between the Constitution and the law, I think, we have to be forgiving.”

The Ministry of Labor and Social Affairs claims that the distribution of analog-to-digital converter boxes provided for free to low-income families was completed [AM] in the entire territory of Armenia at the end of August.

In Meliqyan’s opinion, since neither the government nor any public organization has carried out a study of the process (which has been done regularly in countries that went through a very successful digital switchover phase), “I can express doubt that those digital adapters reached all needy families.”

For example, two years ago CPFE was informed by the Ministry of Labor and Social Affairs that there are 130,000 low-income families registered in Armenia. But the state has distributed around 108,000 set-top boxes. “There may be objective explanations: from different models of calculating poverty to the emigration of people from this segment of society. But this has to be clarified from studies, so assumptions aren’t made. The truth will become known more or less when analog broadcasting is shut off, and the low-income families that haven’t received their set-top boxes won’t be able to watch TV and will begin to complain.”