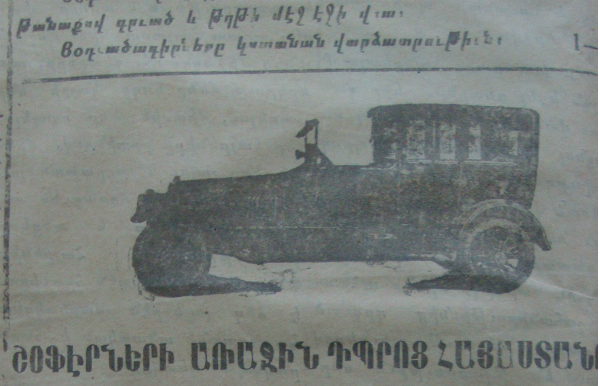 Advertising is a reality that we all live in, since all of us first and foremost consume information and along with it those products and services that feed the media. Advertising is now a universal visual language, and the similar videos and posters it creates penetrate all corners of the world.

But only a century ago, advertising was not widespread. Technology wasn’t advanced; thus, consumption also didn’t expand its horizons. And any advertisement was strictly of a local nature (giant corporations had not yet penetrated the everyday) and it more so evidenced not products but society.

A not-yet-sovietized Armenia had little to offer and advertise to its residents. They were more so advertisement announcements based on very small and specific cases.

The daily Azat Hayastan (“Free Armenia”) published from 1920–1921, for example, in its last pages would publish “ads” that now are seen as quite plaintive. 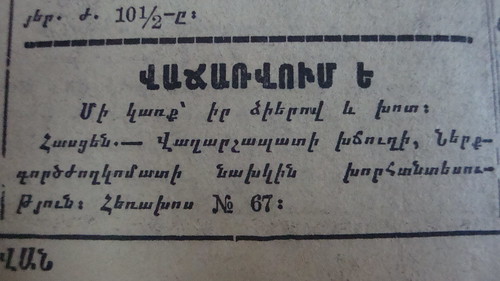 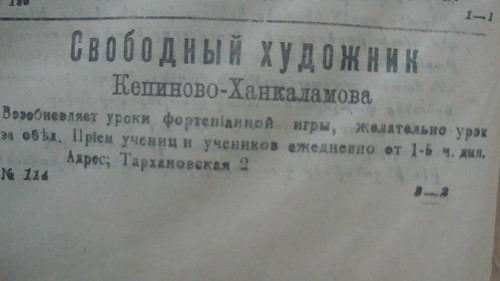 In those years, Yerevan offered a bathhouse and a school for “chauffeurs” (i.e. drivers) as a service and these perhaps were business projects that actually had to be advertised — to ensure public participation. What’s interesting is the wording: “automobilists and chauffeurs”… 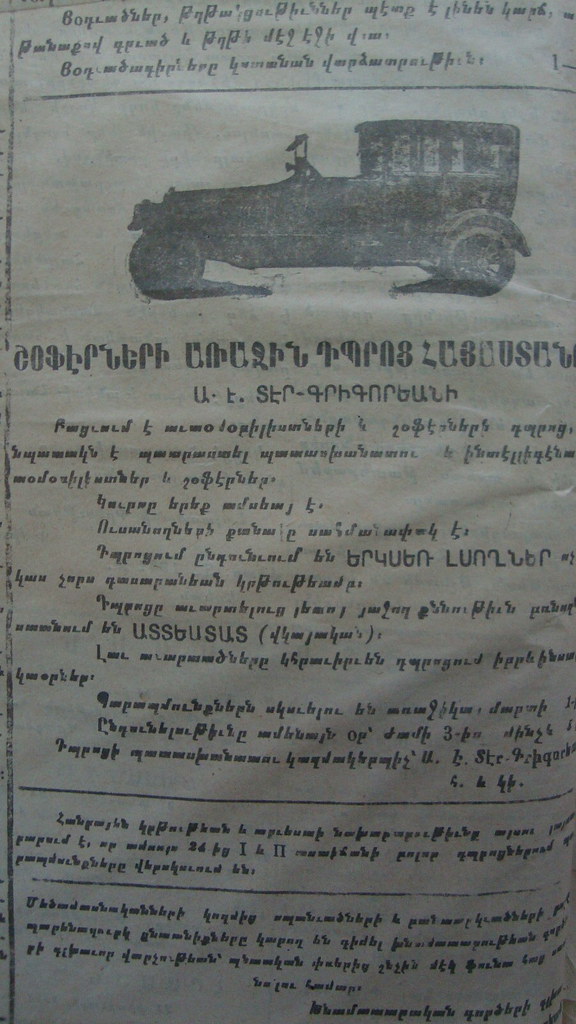 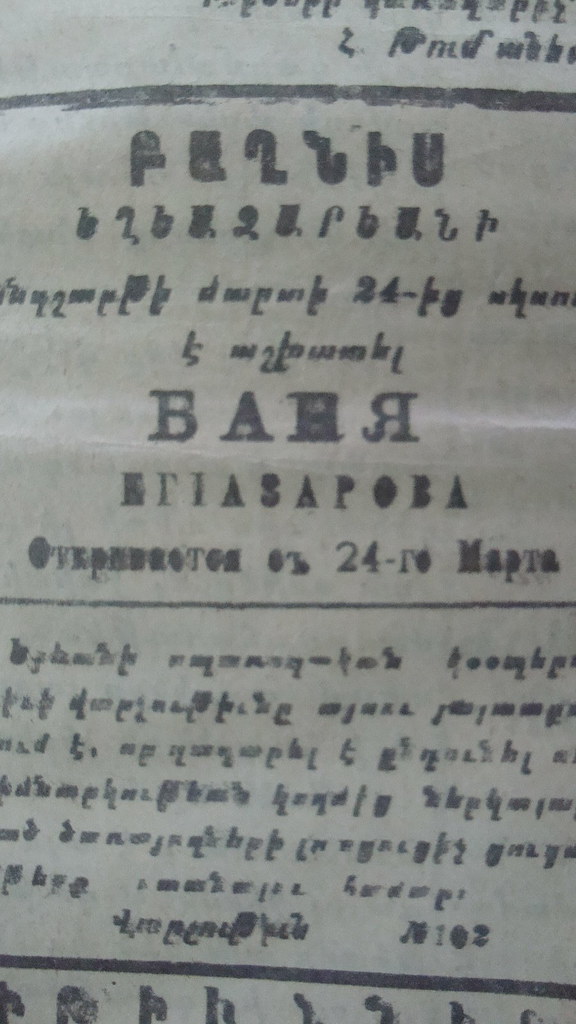 Much changed In Soviet Armenia, since ideology was brought forth. But until the ban on bourgeois remnant advertising, such advertisements were published in the Avant-garde (1937) newspaper that in reading them, one is overwhelmed by grief. 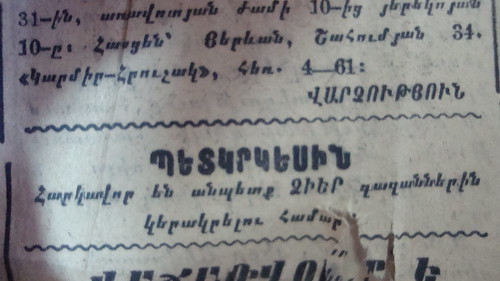 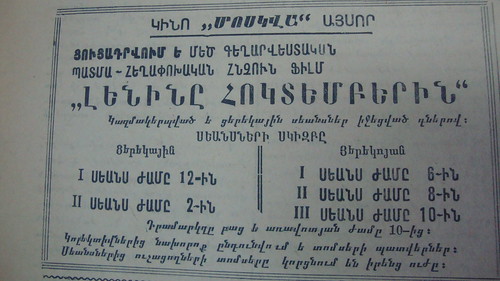 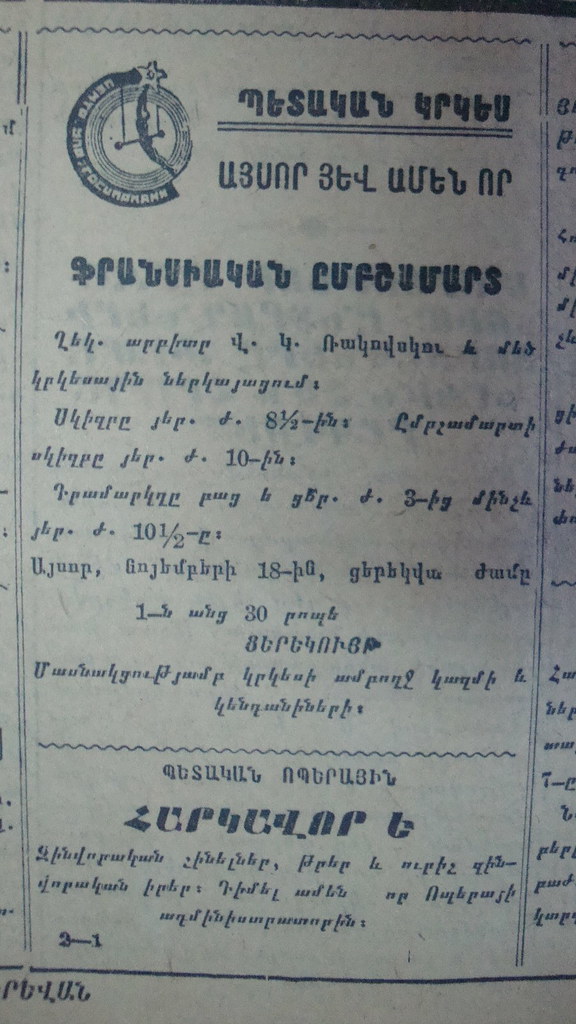 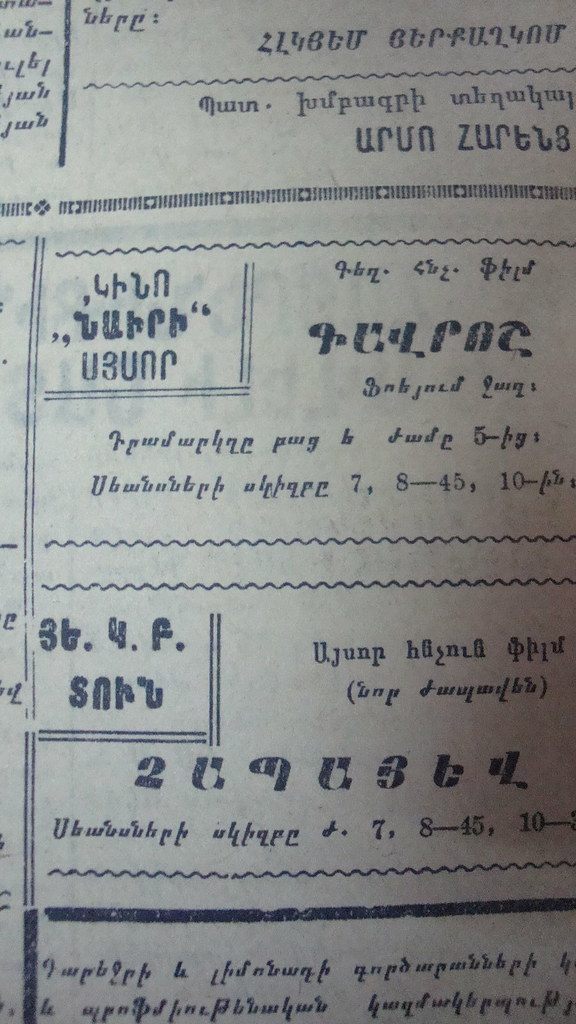 Whereas the ad below for perfume, which was for sale in 1937, might today get attention for its naive interpretation and simultaneous political subtext. In the years of goods shortages and political repressions, the media already established its language, creating the illusion of a bright, well-fed, and happy life. It’s worth reading the names of perfumes and colognes: Krasnaya Moskva (“Red Moscow”), Krasny Mak (“Red Poppy”), Dvadtsat’ Let Oktyabrya (“Twenty Years in October”), Krymskaya Roza (“Crimean Rose”), Krymskaya Fialka (“Crimean Violet”)… 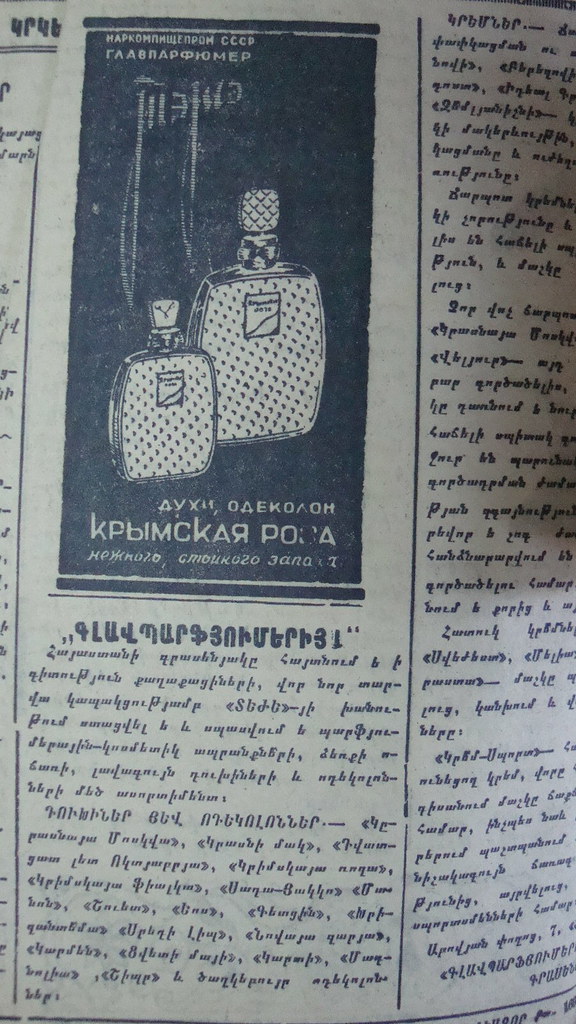 There were few commercial ads in Soviet Armenian newspapers; advertised were mainly those products that were line with the proletariat ideology. But beginning in the mid-60s, advertising prowled the press. In 1968, Avant-garde published the ad below for a vinyl records store named Melodia — but it connected it with a day celebrating the city and with the idea of a gift offered to all residents. While Sovetakan Hayastan (“Soviet Armenia”) presented the photo series Sokol, which was produced in Belarus. 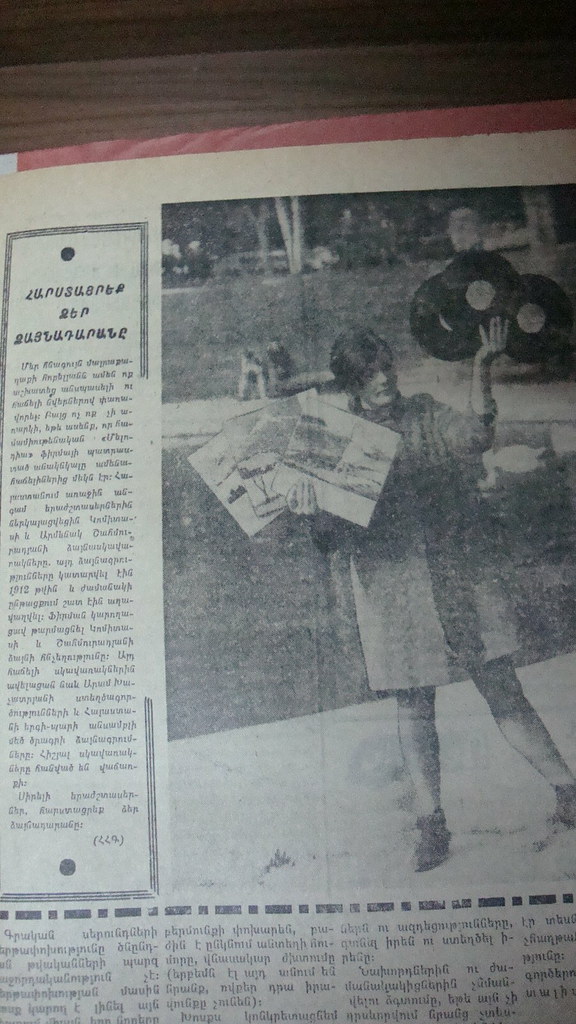 And before advertising spread to all media platforms and from there to our brains, as the conclusion to this short piece, it’s worth taking a look at the “ad” below, which was published in the pages of Azat Hayastan in 1920. 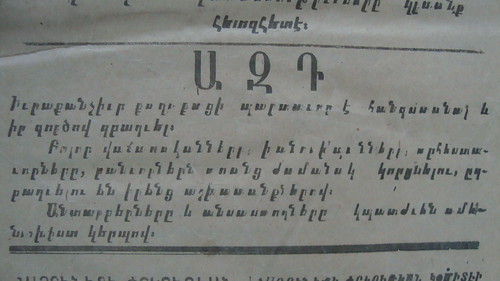 “Every citizen is obliged to rest and do his work. All merchants, stores, craftsmen, and laborers without wasting time will do their work. Those who are indifferent or indomitable will be punished in the most severe manner.”