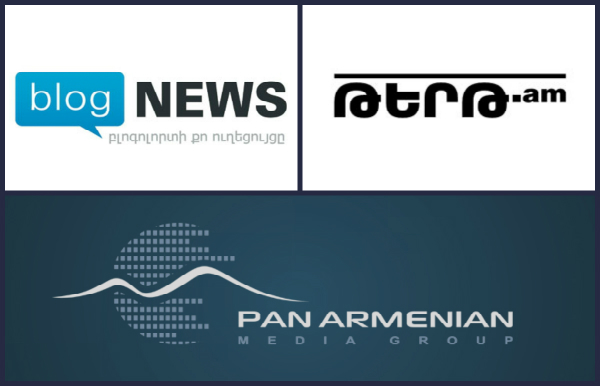 Local online news platforms Tert.am and Blognews.am are now part of PanArmenian Media Group. According to an official statement [AM] by the media conglomerate: “This collaboration will allow TV companies in PanArmenian Media Group to find new audiences online, and the websites will become accessible for that segment of the public who are not online consumers.”

In an interview [AM] with Armenia TV, Tert.am chief editor Sasun Khachatrayn said that this collaboration will allow Tert.am to share its best content on television and shift television content online. The website will continue to work according to its usual schedule and policies.

“The work of Tert.am won’t change in any way; there won’t be any changes in editorial policy; we will continue to vigorously cover all topics as before,” he said.

According to Blognews.am chief editor Aram Antinyan, the website will ensure that interesting television content will be on everyone’s internet-connected device.

Blognews.am assistant to the editor Konstantin Ter-Nakalyan added that the internet is no longer enough to offer the most interesting content, which is why the website decided to include television among its tools.