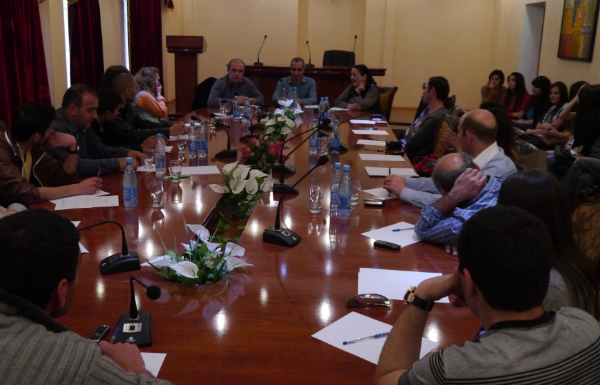 Lradadar Club, one of the initiatives in recent years of the Media Initiatives Center, is an informal gathering for professional discussions on the media for journalists and others working in news media. Those participating in the discussions are people in the industry: journalists, editors, directors, managers, critics, analysts. Lradadar is a unique self-regulation tool for journalists.

This time Lradadar was in Vanadzor. The topic of discussion was relations with the local self-governing bodies. The occasion was an incident [AM] that occurred during a Vanadzor City Council meeting in which a journalist and council member hurled insults [AM] at one another.

Media.am summarized the opinions made at the discussion and presents them below in point form.

What a journalist covering a city council meeting must know

On the journalism community in Vanadzor and solidarity

P.S. The names of those who made the comments are not noted; they represent the general spirit of the discussion.