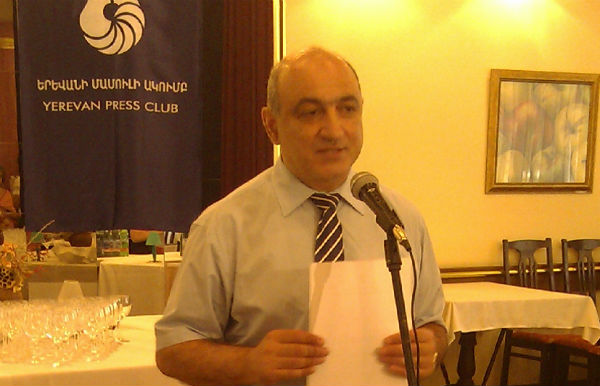 The names of the winners of 2012 Yerevan Press Club (YPC) awards are known. Present at the award ceremony in Yerevan’s Hrazdan Hotel were Armenian media professionals, journalists, and representatives from international organizations and foreign embassies.

Karlen Qalashyan, one of this year’s winners, is not a journalist. For years he has been publishing articles in the print media. Qalashyan was awarded a special prize for his active civic position — for his cooperation with the press.

Radio Yerevan received an award for its effective combination of the news/talk and music formats.

Since 1998, the annual Yerevan Press Club awards have been presented to Armenia’s best journalists, news outlets, and media organizations. The awards are usually distributed on July 18, the day YPC was founded. This year, YPC marked its 17th anniversary.