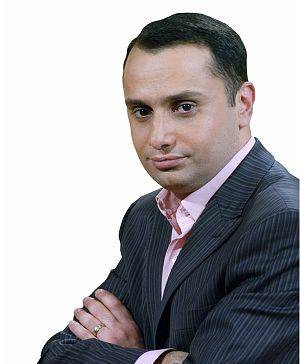 Yerevan street traders organized a protest outside the Public TV and Radio building today. The vendors were indignant at a Feb. 10 broadcast of the TV program Tesankyun (“View”) hosted by Gevorg Altunyan, during which time, according to the vendors, the host had called them “Gikors,” after the popular Hovhannes Tumanyan poem “Gikor,” in which a village boy (Gikor) meets his tragic fate when he is sent to the city (Tbilisi, Georgia) by his father to work for a rich trader, Bazaz Artem.

“Two months after our protests, on public television, Gevorg Altunyan responded mockingly, calling us Gikor, and called those organizations and political parties that are trying to help us bases,” said one of the demonstrators.

Note, during Altunyan’s program, when he was talking about the street vendors’ protests, a segment from the film Gikor was shown.

The host, writing on Facebook, commented on today’s protest: