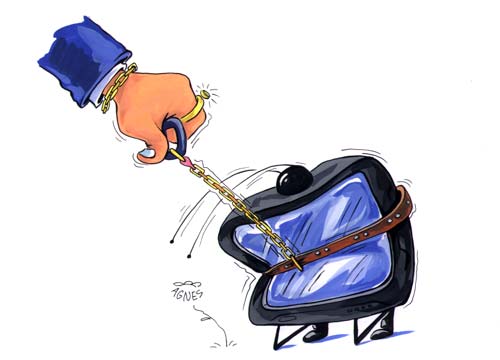 The Committee to Protect Freedom of Expression has published its 2010 annual report on the situation of freedom of speech and violations of the rights of journalists and news agencies in Armenia. The report covers legislation on the freedom of speech and the media; the economic and political environments and their influence on the media; and the violations of the rights of media and journalists.

Committee President Ashot Melikyan noted a new restriction to freedom of speech, which he considers the result of legislative omission in the arena of freedom of speech last year. He is referring to the newly added Article 1087.1 in the RA Civil Code: “The Order and Terms of Compensation for Harm Caused to Honour, Dignity and Business Reputation.”

In this article, Melikyan notices a trend in lawsuits filed against news agencies. As an example, he cites the case of National Assembly deputies vs. local daily Haykakan Jamanak, adding that the paper, without waiting for a court session, revealed its source.

“Even if the editors made a mistake and felt their mistake, not considering that just leaves a very strange impression. There’s definitely a smell of retribution in this,” he said.