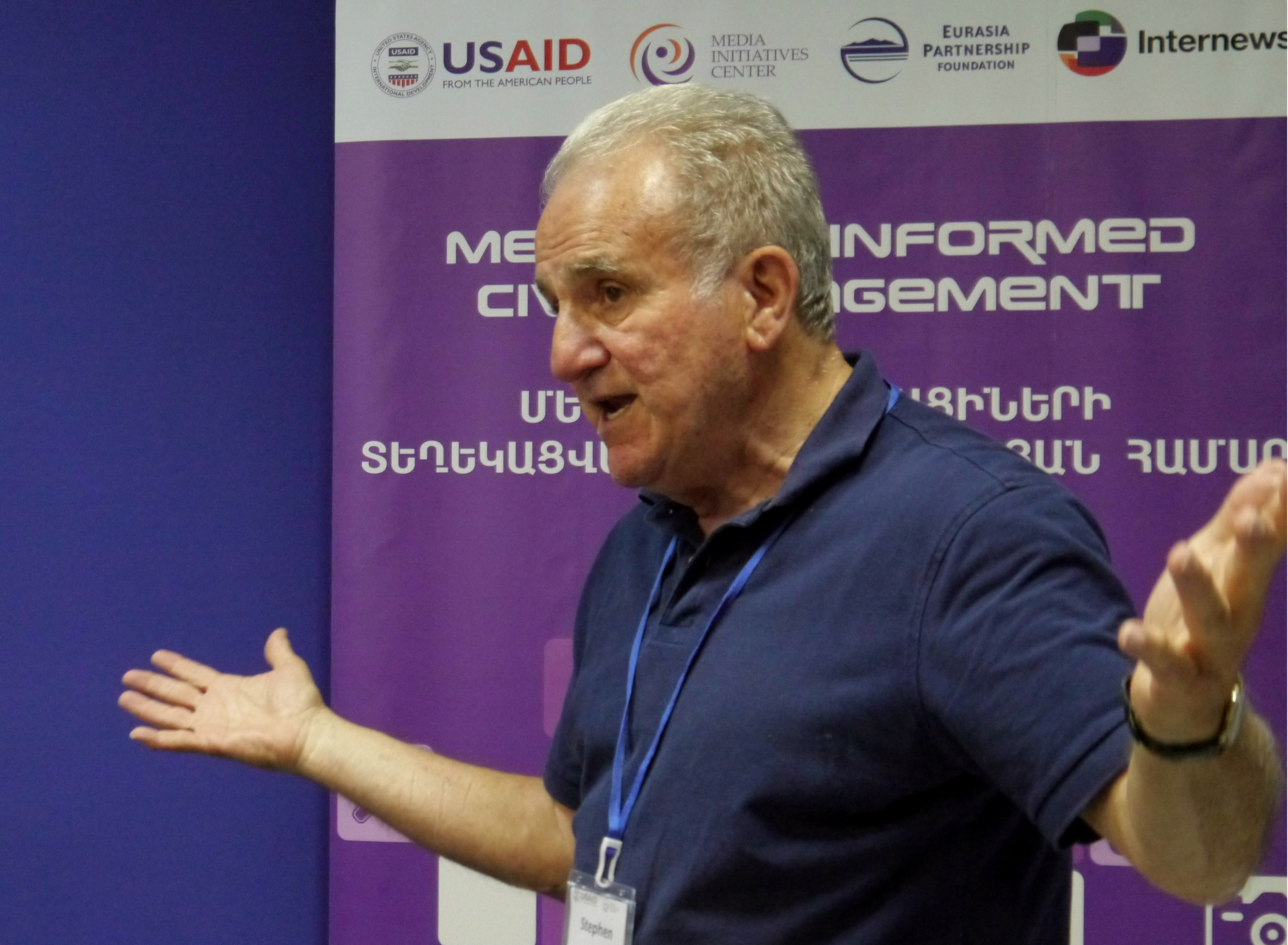 Stephen Kurkjian is an Armenian-American investigative journalist and Pulitzer Prize winner. He was the founder and member of The Boston Globe‘s Spotlight Team, and for many years he investigated cases of government corruption. He is currently working on uncovering cases of art theft.

Kurkjian believes that worthy of investigation are particularly those subjects that have a great impact on people’s lives and can change them. According to him, even in those countries where the media is controlled by the government, perhaps not immediately, but it’s possible to succeed: journalists simply have to not surrender and continue to do their work.

“Investigative journalists have to make the issues of those who have no voice in society heard,” he says.

Kurkjian is in Yerevan, upon the invitation of the Media Initiatives Center [responsible for this site]. He is teaching young journalists in the investigative summer school program the entire process of conducting a journalism investigation: from searching for material and working with sources to developing theories, checking and comparing facts, and producing a story.

What is the significance of investigative reporting in the countries where the articles don’t have any real result or consequence?

When you compare any country or government with the USA, you’ll say that American reporters have it so easy because people respect what journalists do in the United States. It wasn’t that way 400 years ago, when the founding fathers were sitting around the table, trying to decide about freedom of expression, freedom of speech, freedom of religion, freedom of press — that is all in the First Amendment.

If you don’t have a sense of feeling that your voice is heard, your opinion is being heard, that the press is there to cover you, you’ll take to the streets and you’ll take charge of the Second Amendment, which says: “You can bear arms.”

Jefferson said without freedom of the press, there would be fighting in the streets every 20 years trying to bring down the government. We haven’t had such blood in the streets really ever in the America. Why? Because the freedom of the press was instituted in the First Amendment. I may not be able to change the government, but at least I can be heard.

And I think what investigative reporters do, what every reporter does, is bring to the public’s attention those areas of government that are not performing as they should be. Even if the government doesn’t change, they will change or they will be thrown out sooner or later. So we should keep doing our jobs. The responsibility of the press is as important as the responsibility of the religious. It’s even serving the public more. 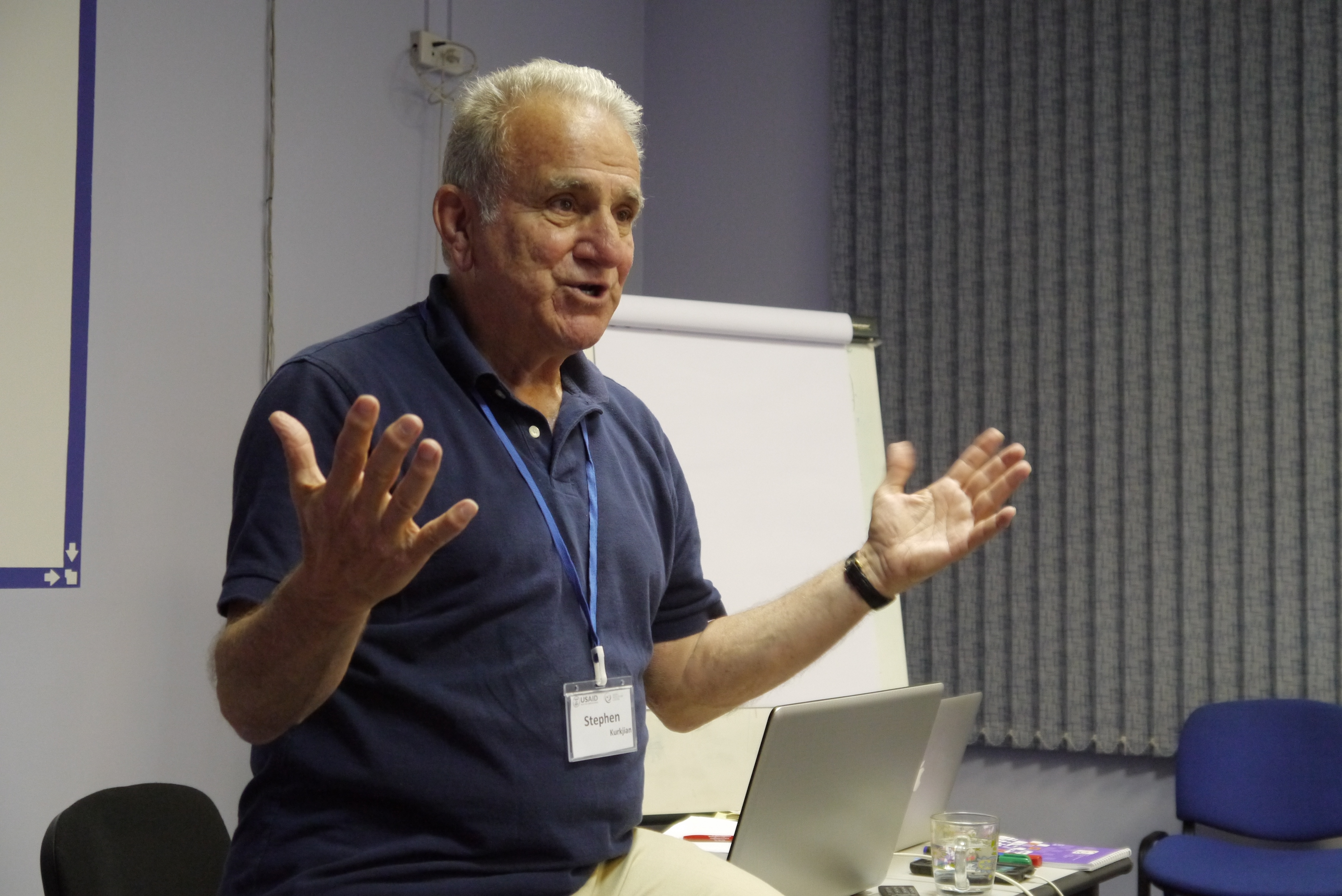 How many times in your life have you been threatened?

Even when they hang up on you, you write them down and you send them. And if they still don’t answer them, you tell what the questions are to the public. You never surprise anybody. You have to be professional.

I write out my questions, I talk to their lawyers, I show them exactly what I’m going to write, and I say if you don’t like it, tell me how you see it, give me the interview, answer my questions. And sometimes they do, many times they don’t.

But when they see what’s in the paper, usually they say this is a lot less thant I thought you were going to write. Because they know there are worse things. But I want to make sure that I’m thorough and fair.

In some cases, the use of hidden cameras is justified, isn’t it? What is your approach?

We used to do something like that in journalism in America, but my belief is that I want my reporters to be professional. And by being professional, you go right up to the situation. Say I want to ask you a question: you have three complaints against you as an aggressive police officer. Are you too agressive? And then you go to the superior and say, why is this man still a police officer when he has three charges of aggressive conduct proven against him?

You just persist in asking questions. No one can turn the journalist away. We represent the public.

The hidden camera makes better television, it makes powerful storytelling, the proof is undenied. That seems to be a lot theatrics. And what I’m looking for is the proof you can bring to court, to the public opinion. And the public doesn’t like tricks. You have to conduct yourself professionally. 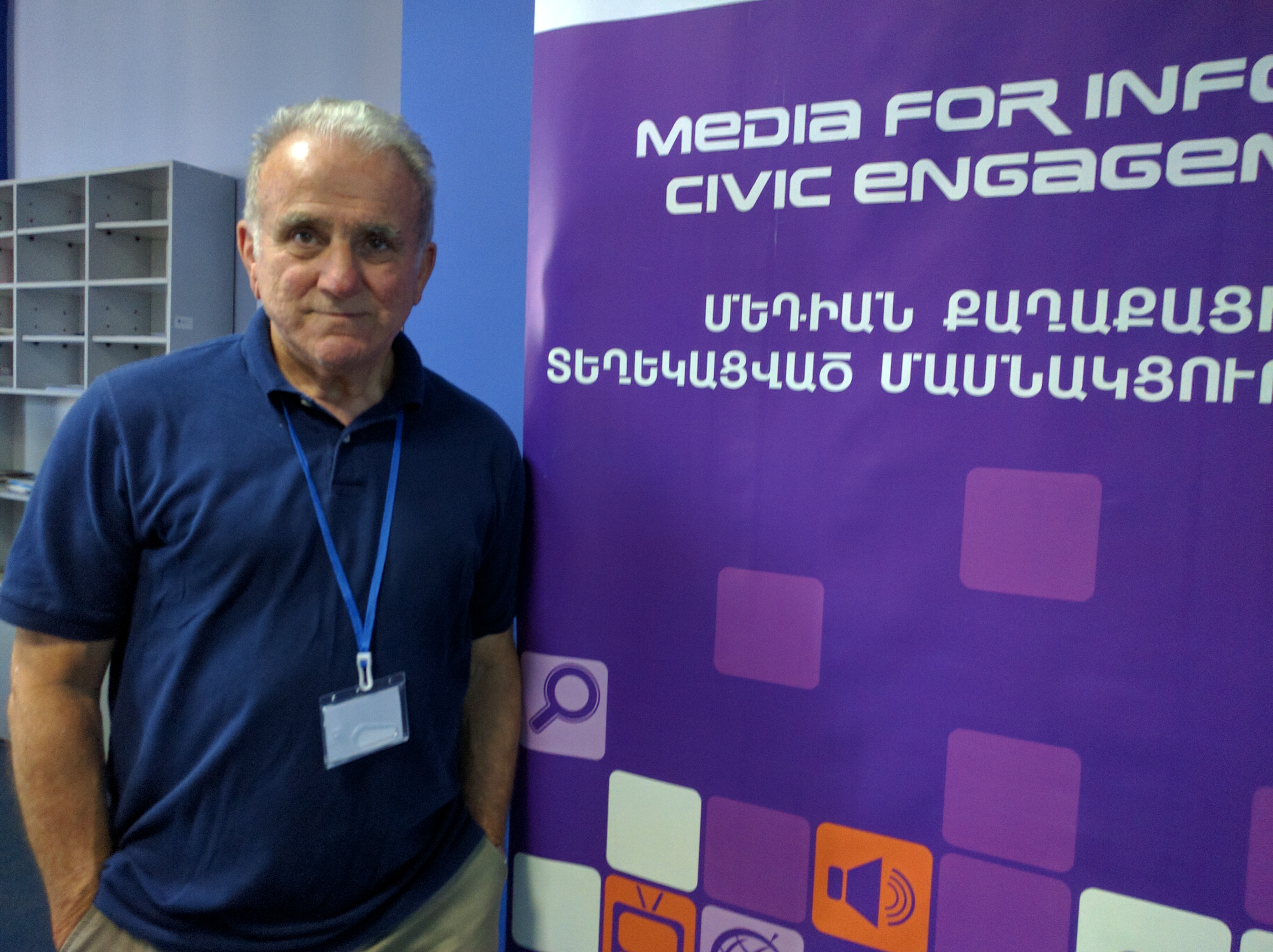 Have you ever been sued?

One time I was sued by a nursing home, but they dropped the case. That was 40 years ago.

Which is your most successful investigative story ?

There are a lot of stories that I can reflect on. Let me say the most important. Back in 70s, I received a tip for an Armenian doctor who was working for the veterans’ administration. He said he had just treated two men, both of whom had a very rare blood disease. He said the only way they could have gotten this blood disease is from the work that they do. They worked on nuclear submarine forces. The nuclear submarine forces are very important to the US defense. He went to the Navy department and said there is too much radiation that these men are getting, these two men have got leukemia, they are going to die because of this. The government said: we are sure it’s safe enough, we’re not going to study.

The doctor came to us; it took us 3 months to go through 40,000 death records in three states and we found that the number of men who were dying of cancer and leukemia was higher among the men who worked at that shipyard. The congregational committee called the Navy and said, what’s the story here? And now they have changed the way they’re doing business in how much radiation these men are allowed to get. It’s only one story but it had a great effect.

[In Armenia,] you have oligarchs, rich people, executives coming in and looking for coverage. Go somewhere else.

Many Armenian media outlets’ excuse for not doing investigative reporting is that they can’t afford themselves such luxury: there’s no time and no money.

I think they can’t afford not to do it. I understand what they are saying. That it takes too long to do these stories. The only way that the public will care to read the paper, to subscribe to a blog, to watch a  TV program is if you are covering stories that are essential to their lives. It’s not essential to their lives if George Clooney or Kim Kardashian come to Yerevan. It is essential to their lives that their hospitals are providing the best service, that the schools are giving kids the best trainings, and if the police force is not aggressive towards the public and convincing the wealthy whether here or in the Diaspora to invest in Armenia.

Investing in Armenia is a measure of trust that the Diaspora has in this government. And if the Diaspora is not investing their money, their expertise, their skills, then the government has to rethink what trust they are generating among public and the diaspora, the world.