It is not the UAV flying in the air and the sounds of shelling that are regularly heard very close that have held me back from covering this or that event in recent days, but the feeling of constant pursuit.

On the first day of the “ceasefire,” on October 10, I was in Stepanakert, and we decided to record in school number 10 in the city. The educational institution has been the target of missiles and bombs of the Azerbaijani armed forces since September 27 including today. Apparently, the reason is a strong civilian infrastructure very close to the school, which the enemy regularly tries to dismantle, simultaneously destroying the buildings and the educational institution in the area.

On the way to the school, we and our companions were regularly called and informed that there was no ceasefire. There are hot battles in the south and north, they have to go to a shelter, Stepanakert will also be hit. We approached the school in a rather tense state, we did not have time to stop when a loud explosion was heard, which indicated that in case of a possible rocket attack, the school would be the target and so would we. We did not panic, we quickly left the area. Two days later I finally filmed there. 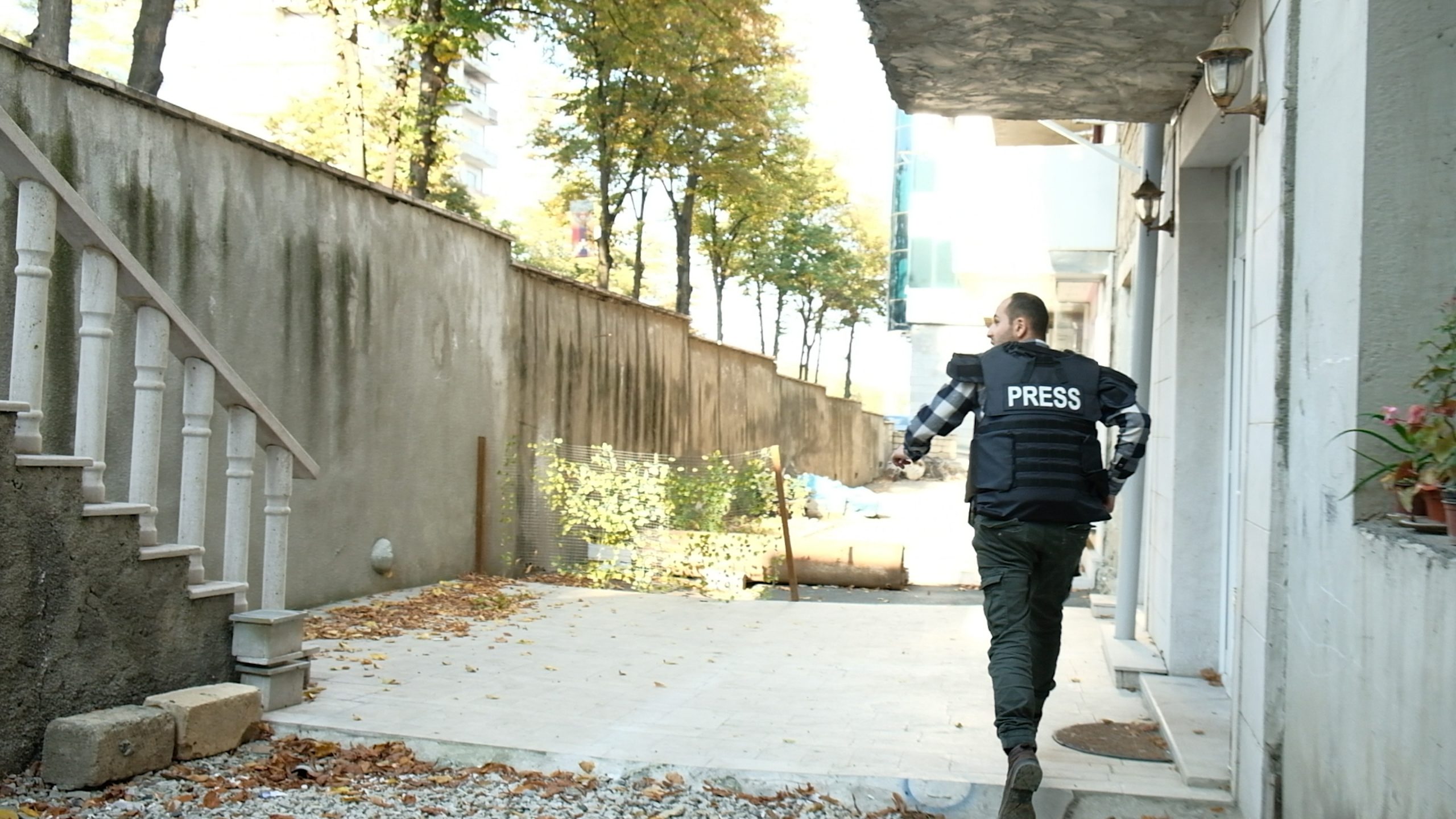 I am a novice journalist covering war operations, this is my first serious experience, so I will not be afraid to say that I worked in a tense atmosphere in Artsakh every day.

I felt the breath of war obviously approaching the city of Hadrut and at the same time being miles away from the front. We had decided to talk to Spartak from Tumi who was doing work form behind the lines (I don’t present the complete personal data of my subject for security purposes). Spartak was not taken to the front line, but he helped the military, the civilian population, transported food and clothing, entered hotspots, such as the city of Hadrut, and took out children, women, and the elderly. 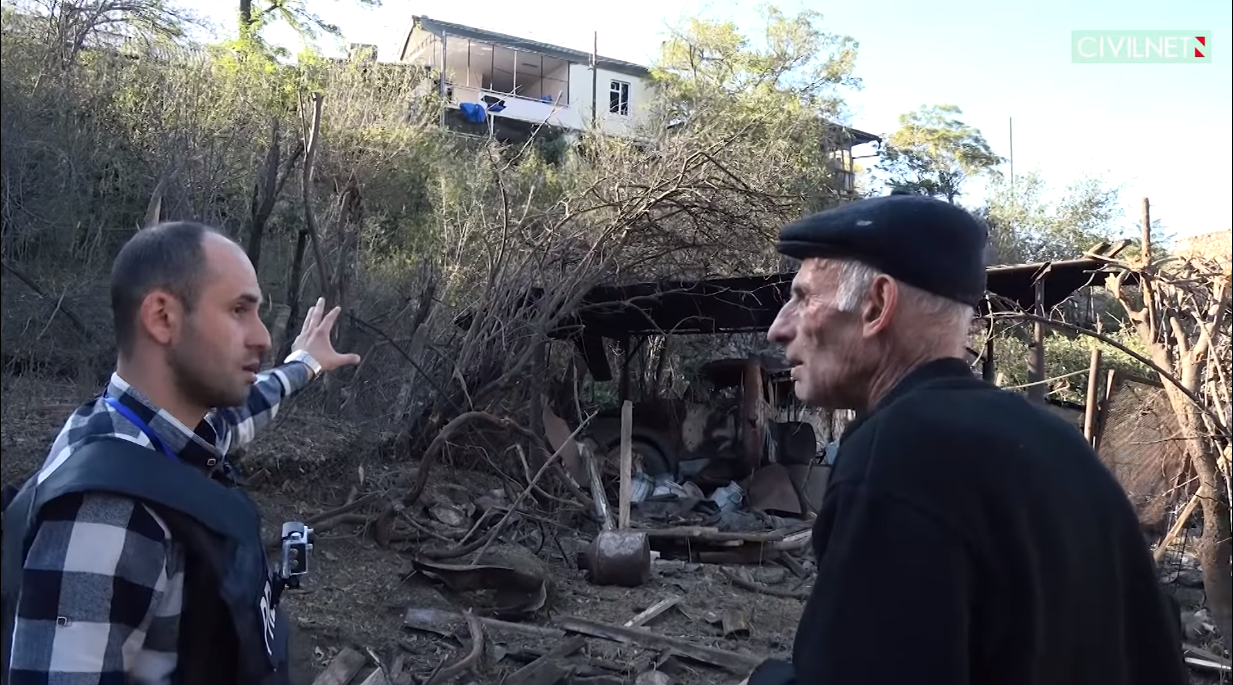 We are on the road with Spartak. You leave Stepanakert and feel the real breath of war. At first, you see more military vehicles, on the right and left sides of the street, soldiers standing under the trees, you continue to walk, the villages are abandoned, the shops are closed, only men are there, everyone is armed. 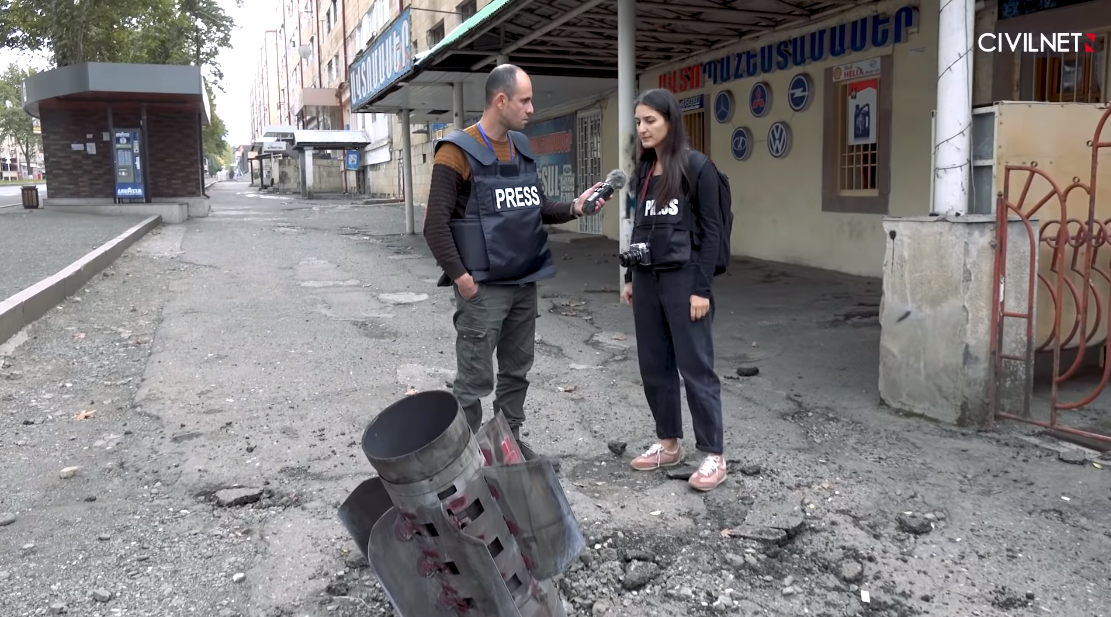 The closer you get to the front line, the louder the sound of artillery, the more UAVs spin in the air the entire length of the journey.

When you get there, you realize that you do not have a long time, everything should be done as soon as possible and listen not only to the words of your interlocutor but also to the sounds of artillery and UAVs.

While in Artsakh, I also realized that if you want to carry out a session of filming safely, then you can’t get out of the shelter. 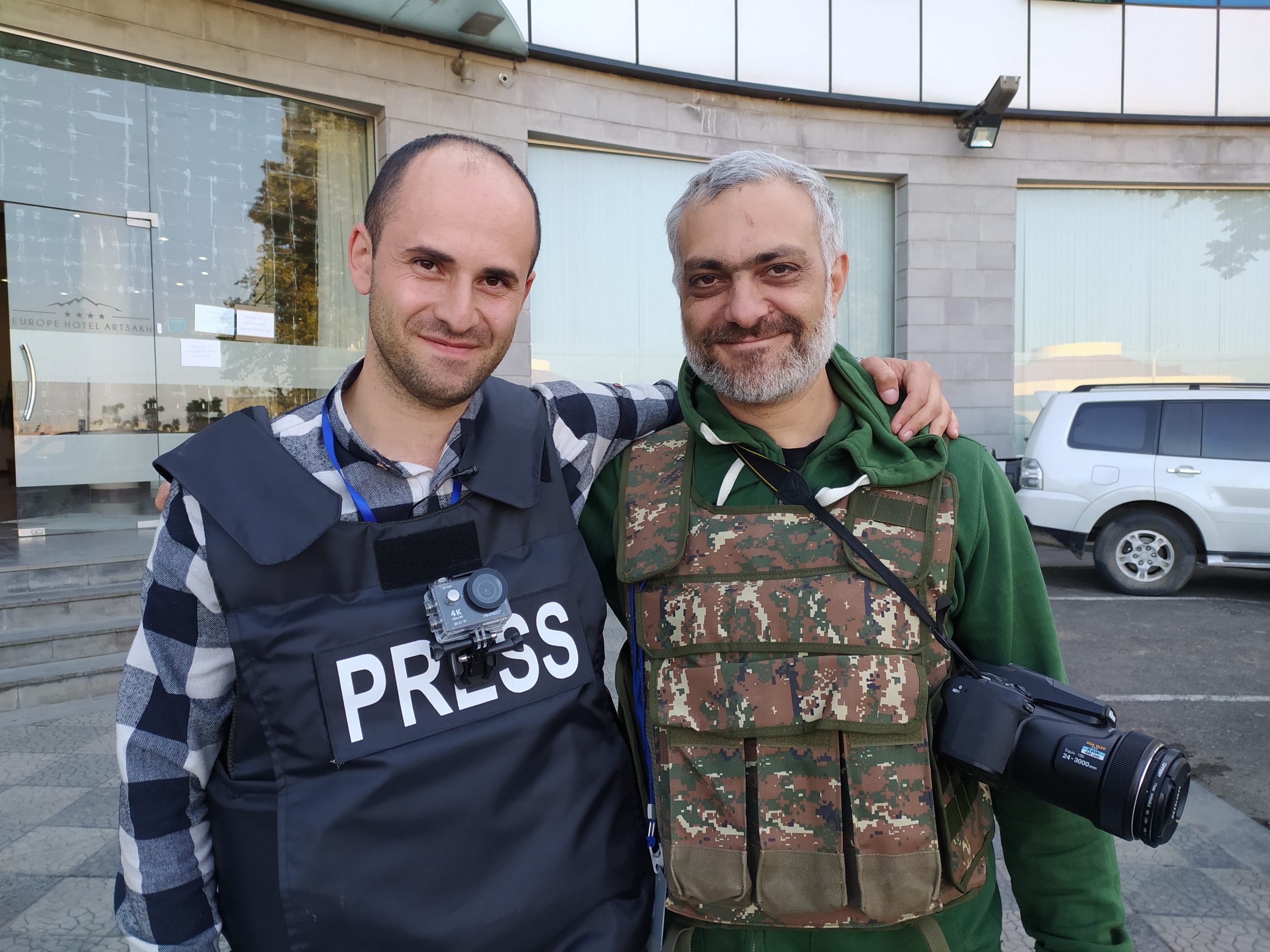 We were filming “tanker” Armen in front of the statue of Vazgen Sargsyan in Shushi, the weak sound of UAVs was heard in the sky the whole time. Armen was telling us that he went to a wedding during the 1994 war, he finished his story when we noticed that a UAV was approaching. The sharp whistle suggested that the so-called “kamikaze” drone was ready to attack. Armen crossed himself several times, repeating “God is with us,” then we looked at each other and realized it was time to lie on the ground. The drone passed over our heads but did not manage to hit its target, as it was neutralized by a strike from the air defense.

The people of Artsakh have developed good defense methods during these days, which they passed on to us, in addition to that I have gained a little experience, I will gladly share it with the reader.

During the days spent in Artsakh, I reached many deals. Spartak from Tumi and I decided to go to their village and make tonir barbecue, we will rest for a week at Edik’s guest house from Shushi, and we will repair the dilapidated house of Artak from Shosh village using joint efforts. There are many deals, the only precondition is peace.