“The Media Must Not Become a Party to the Conflict” 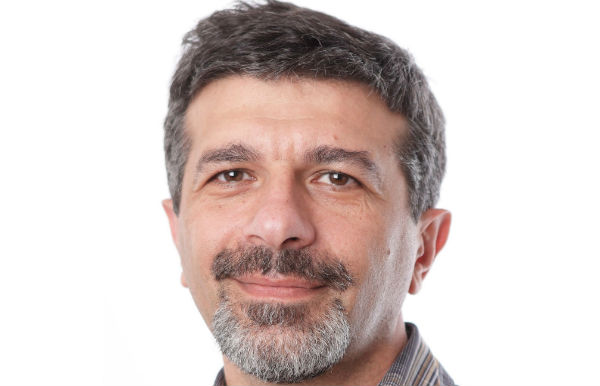 Though the image of an enemy exists by default in Armenia’s media, it’s hard to find anything that is intentionally anti-Azerbaijan in the daily news.

There aren’t any significant differences between opposition and pro-government media coverage in Armenia — both essentially have the same approach. The difference lies only in analytical pieces, which in the opposition media might be either milder or harsher, depending on the political context and purpose.

Analytical pieces are generally a problem for Armenian media. They mainly aim not to understand something (it seems no one wants to tackle this problem) but to convince readers of something.

Analytical pieces are full of labels because, in the view of their authors, labelling is an important part of analysis, regardless of what the article is about — “heinous” Putin, the “degrading” European value system, or the “brutal” Azerbaijani. What’s important here is the labelling; otherwise, the analysis becomes an offering of dry news.

But labelling is not the task of media. Depending on the type of conflict, the media has to assume different roles. That is, it can be said that there are hot and cold conflicts.

In the case of cold conflicts, when at least one of the parties doesn’t accept the existence of a conflict, the role of the media should be to “heat up” that conflict, perhaps sometimes amplifying the issue, so that the conflicting party wakes up and realizes that there’s a problem.

In the case of hot conflicts, where both parties accept the existence of a conflict, objective media must be able to coolly judge and unload the heated environment, presenting the issue objectively, so that a playing field to find solutions and guidance is created for those involved in the process.

In our case, there’s no hidden conflict that has to be revealed. We know quite well that Armenia and Azerbaijan today are adversaries, that soldiers and civilians die on the border, that there’s a blockade, and so on. Basically, there’s nothing new to prove.

In this case, it’s more important in real soberness to assess the situation and losses that the two parties experience during the conflict.

It’s also important to rouse some sort of sympathy because we’ve started to view the conflict as a fact that seemingly is how it should be, but that leads to the victims at the border being perceived as a normal part of reality.

There is sympathy for neither the Azerbaijanis nor our fallen soldiers. The media responds to those killings either quite drily, through official statements, which perhaps in terms of the media’s professionalism today is the best option, or, roughly speaking, by showing interest as in a sporting match: “one person on our side died, now let’s see what will be our deserving response.”

This is quite deplorable because we shut off our consciousness and are taken by emotions: we speak about the prospect of a solution or Azerbaijani aggression, but we don’t write about the human stories or specific losses that exist on both sides.

In the case of this conflict, I think, our media has to try to show the real Azerbaijan because we don’t know what the real Azerbaijan is. Of course, there are obstacles for this because Azerbaijan’s media is not free either and it’s hard to analyze what’s happening there. But we also shouldn’t republish Azerbaijani misinformation. And most importantly, the media must not become a party to the conflict.