Hope Is Not A Journalistic Genre, As An Official Affiliated With Freenwes.am Tries To Assure 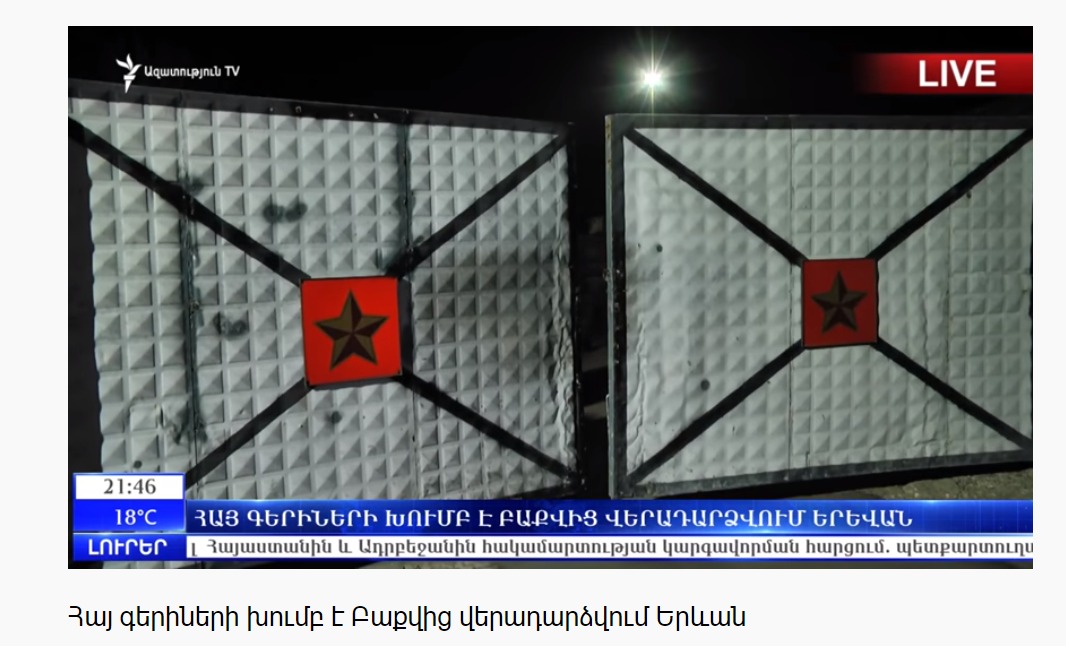 When information was spread on the evening of April 8 that a group of prisoners would return to Armenia from Baku, it was difficult to assume that this could be inaccurate information. Especially since it was approved by the Prime Minister’s press secretary.

However, the plane landed without any prisoners.

That news appeared in a very painful context. First, the relatives of the captives received a serious psychological blow, besides, the information wave was so big and emotional that we can speak about complete information insecurity.

The chain of news simply suffocated Armenians, who were trying to understand how it is possible that the news, by and large, has no owner. Moreover, appearing and refuting at the same time of the event with no one taking responsibility for the announcements and denials.

The news of the return of the captives was first reported by freenews.am, writing when and where the plane arriving from Baku to Yerevan with prisoners of war will land.

Naturally, the news was reprinted by various media outlets and those living on social media as an optimistic occasion that everyone had been waiting for. It was especially important that the director of the source, freenews.am, is the wife of NA Deputy Speaker Alen Simonyan.

According to the vicious tradition, the affiliation of a media outlet (with its shadowy or eye-catching connections) is considered a criterion for us, which verifies the credibility of this or that information. And many thought that if the media outlet affiliated with the NA Deputy Speaker writes that, then they know something for sure, taking into account the newly concluded Pashinyan-Putin meeting.

Moreover, the Prime Minister’s press secretary Mane Gevorgyan wrote on April 7 that Pashinyan “has a full understanding with Russian President Vladimir Putin in ensuring the return of the captives and the opinions on the full implementation of the agreement in this direction coincide.”

Not only the relatives of the prisoners of war but also the media rushed to the airport to meet the plane, waiting for hot info. Then, when it became clear that the only reason was the empty plane, people moved to the Ministry of Defense, demanding a meeting with the Minister of Defense and the Chief of the General Staff. The Deputy Prime Minister’s Office spread an explanation that “the return of the captives has been delayed.”

The information wave was really big and touched everyone’s nerves, hearts and brains.

And at least in this story, one can blame the media, which republished the news that was already circulating (perhaps the only reproach was for inciting the parents of the captives to interviews, even when they did not want to).

But many questions arise about the role of freenews.am and especially the husband of the director of that media outlet, NA Deputy Speaker Alen Simonyan.

All the journalists, if they know that a plane with captives is arriving, will not hesitate to publish it and squeeze the maximum amount of materials from that news. It is neither good nor bad, the media field works that way.

And it is even more strange that, knowing the explosive structure of our media field and the extremely tense branches of the topic, one news outlet takes on the pleasure of being the first to report good news (misinformation). Why?

Why not wait, especially since such enthusiasm has no real basis? That it is a matter of security, that there is still no confirmation that we are dealing with human pain and also the protection of personal data.

On April 9, Alen Simonyan gave an interview and said that the return of the captives was not an agreement, but “hope.”

“Hope that the flight of the plane will bring good news,” he explained the birth of news-hope. He apologized for shocking society. According to him, it was Azerbaijani misinformation, the purpose of which is to spread and deepen indignation.

The impression was that before the arrival of the plane, no one really knew whether there were any prisoners of war there or not. If there were, the news outlet that reported the news first would gain an audience and weight, and if not, Alen Simonyan will apologize and everything will calm down.

To expect such a thing now is not only naivete but also a mockery. The words of the state official are mocked.

In addition, the extreme distrust that has been formed towards the state sources of Armenia can no longer be restored.

And if the media affiliated with state officials become factories producing hope, then it is definitely time to give up hope that the information has an owner.