The Sunset Of Going Live 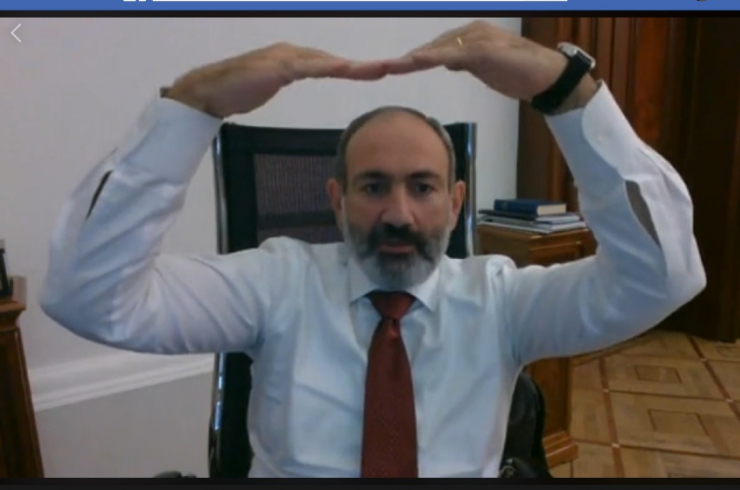 Live connections, live videos, have been the most demanded product in the media arena since the velvet movement began and Nikol Pashinyan was not yet prime minister.

Later, when the newly-elected government delivered a message to the public, its key figures (and, of course, the Prime Minister as well) were logged into “mother-” network Facebook via live and unscripted conversations, in a sympathetic style and in a fast-paced manner.

But some time passed, and what was once a sympathetic and valuable trick, became a trap for media officials.

In order for a high-ranking official to make sense today, there has to be either a new situation, a new place, or something to say.

In addition, one must also aim to study the responses. That is, there should be an opportunity to interactively understand the value and price of a good message in the eyes and ears of the public. And this is understood when using the format of emphasized dialogue. If there are questions or concerns, they cannot be left unanswered for a long time without comment.

If going live is just a PR move, it will sooner or later discredit the author.

As Nikol Pashinyan’s Facebook page already resembles a reporting platform (of course, with only positive and inspiring news and figures), a very subtle context has changed: the news reported by the Prime Minister today is not thought-provoking news written first-hand.

They are pieces of general promotional news, mostly written in bureaucratic language, already edited by various people. As a rule, they are a one-way transmitter about what has grown … (the number of visitors, benefits, number, volume, and other things that need to be increased).

Also, what is desirable to see less of (negative numbers, indices, percentages) has been reduced.

You can hardly find a post that is supposed to be a discussion, a contradiction, a surface for thinking. Most of the publications are not for dialogue.

A year after the revolution, the new government has already increased the number of supportive media platforms. It has received the opportunity for editing, developing and presenting important public information in the way it considers relevant.

When you have serious media support, the social meaning of going live on social media becomes obscure. After all, the statements can be shot and disseminated just as fast by media outlets. For example, on Public TV, which is always ready to do so.

Live videos are a must if you want to have a dialogue or at least monitor comments and immediately analyze the feedback.

The latest live videos by the Prime Minister of the Republic of Armenia and their comments testify to the irreversible collision of private capital and public interest.

What the Prime Minister says to the people in his live videos no longer receives the unconditional support and admiration. The comments are now more progressive than they have ever been.

# Amulsar points not only to mining and environmental issues but also outlines Armenia’s position – to be a raw material or an idea. By the way, it no longer matters if it is this Prime Minister or any other.

Mines have no ideological justification (other than money), and a clean ecosystem, including a culture of communication and responsiveness, has an investment effect. The mine is exploited, the idea is created.

And creation is always more progressive and more expensive than exploitation.

The Government of the Republic of Armenia cannot transition from a culture of direct and straightforward communication to a culture of shadow arrangements and contempt without serious loss.

And the main loss won’t be the collapse of public expectations, but the very high rating of the new government.

But public energy is the main resource of the new government.

Progressive public resistance is not going to be lost, and the Prime Minister, whose comments on the Facebook page have never been more meaningful, should be taken into account.