The Greened Lake Sevan, Blackened Storks: In The Ecosystem Of News 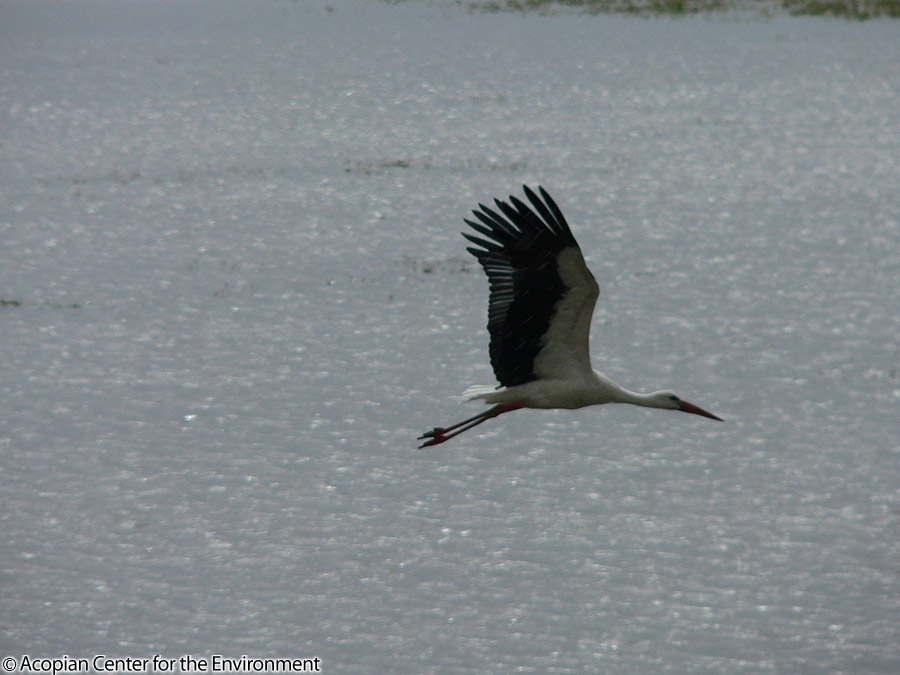 There are so many reports and news about Lake Sevan, contradictory, alarming and soothing, sometimes professional, sometimes amateurish, that it seems that everything is possible in the media ecosystem. Whichever direction you want, that’s the direction the logic of the news and the forecasts for the future will lean.

Sevan is presented as an injured creature, either on the verge of death or on the path to complete healing.

It is clear that the subject is delicate and versatile. Nature and man are separated, having difficulty understanding each other’s language, but nature is a congregation of different details, and man can choose what to cover and what to keep hidden underwater. In a word, manipulate the audience.

This report on Lake Sevan, produced by Public Television, has a happy tonality. Of course, it’s rejoicing when a reporter tells you that the number of vacationers in Sevan has decreased and “the reason was fake news that swimming is dangerous.” “Sevan is wearing blue,” “It is possible to both swim and relax in Sevan.” In addition to the repetition of the phrase “blue Sevan” three times in the report, it also mentions the similarity with the Maldives (it’s a calming opinion). Blogger Lapshin also considers the state of the lake normal.

If we believe in Public Television, then the dangers of swimming are “fake.” The presence of parasites, coastal areas covered by algae, sludge, cannot cause various intestinal and skin diseases.

And the one who claims the opposite is spreading false information.

For example, the various scientists who in other reports and articles report on Sevan’s unhealthy state and consequently the state of the whole ecosystem, including human beings.

Of course, what we are referring to is just one example of journalistic work, but it is so vivid that it reminds you of Soviet times, “Everything is fine until you are told the opposite.” This is the worst approach, which can exist in complex and interconnected, caring societies.

The fact that many important things have gone out of their way in Armenia has shown this delicate and detailed article.

The ecosystem is broken, connections are cut, birds have become stray animals and no longer fly.

Storks, which cannot take flight because of humans, are becoming the silent victims of an apocalyptic end.

The birds cannot fly because the river is filled with an oily black mass, which closes the pores of the birds, aggravates their feathers and condemns them to hunger and a life of land-dwelling.

The Department of Nature Protection and the Soil Inspectorate announced the decline of storks, saying it was investigating the problem.

Public Television was one of the first to report on the irreversible transformations with storks. Looking at the report, we realized that the disaster could have happened as a result of the careless actions of one person. “The storks are now undergoing a change, and they will start flying again after complete restoration,” the journalist said.

It is difficult to say whether this is fake news or not. But the problem is that reporting simplifies the problem as much as possible. Maybe so that the audience is left with the impression that there are simple solutions.

Feathers will change, Sevan will become blue and everything will be cleaned…

It’s as though they are saying don’t think about bad things, look at the flashmob of people drinking water from Lake Sevan, for example, and trust the bureaucrats and journalists who promise to “study and suggest solutions.”