Only A Few Words Are Always Remembered 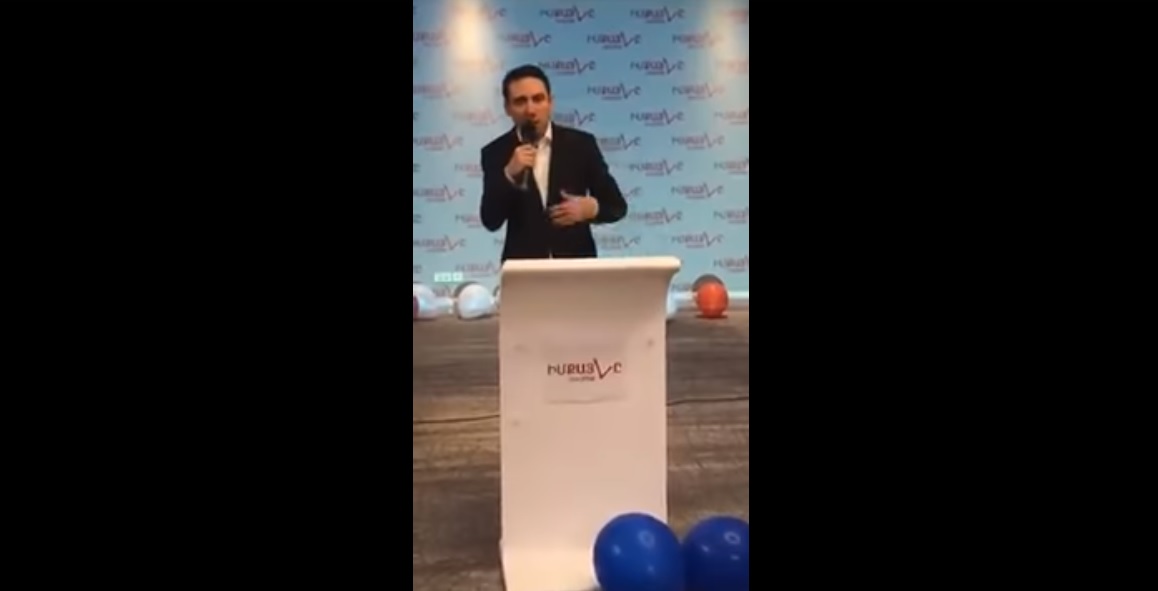 The only memorable parts of films are those episodes which you can recite. And good producers are building the scenes in such a way that the audience will be able to quote short, concise and multiple-use words from their movies.

It is better presented this way and the film production or idea is sold better.

The same is true for politicians or the producer standing behind them (the party). The speeches are constructed in such a way that several lines can be quoted, also in other contexts.

The speech, the place in which it is given, the time and circumstances, none of these things are important: the priority is the “quotable,” aphoristic and figurative lines which can survive separately.

Any public person knows that words are never lost in a digital environment, but on the contrary, they are further broken down and removed from the original source (for example, who remembers when and where the ex-president of Armenia says “oh, really?” but many repeat those words in different daily situations).

When Hayk Marutyan gave a speech at a fundraising meeting in front of the Yerevan City Council’s extraordinary election, he said these quotable lines.

On September 2, the first representative of the “My Step” bloc and candidate running for the “Civil Treaty” party, who had significant public support as a person who acted during the Velvet Revolution, said:

This strange combination of black and white immediately became aphoristic, especially since it was done in a passionate and threatening voice, with youthful directness.

It’s difficult to assume, that these words were thought out and developed. They were most likely the result of revolutionary euphoria, but the problem is, that word like these are simultaneously rude and juicy, that the mockery effect is inevitable.

The people weren’t late with such an effect and criticism as social networks in Armenia immediately made the quote from this speech the subject of the day. Especially Hayk Marutyan’s idea that “there’s no game against our team.”

It turned out there is a game, the game starts with just these words said in this way.

Across social media you could find chess, different color schemes, the grays between black and white and other symbolic-humorous puns regarding this simplistic ideological message.

Later, both the Council Member candidates and Hayk Marutyan himself tried to interpret, explain, justify and mitigate the effect of the words.

It was announced that this was not a public speech, but a team meeting, where there were no media representatives and cameramen. So this was an internal talk, which is not worth criticizing.

The video which spread across media was actually a live broadcast from one of the participants, which was subsequently deleted from the original author’s Facebook page (without explanation), but has already been circulated everywhere.

“I am not perfect at all, and I think that I could have made my speech clearer and maybe in that case there wouldn’t have been any misinterpretations,” Hayk Marutyan was compelled to comment about his speech on Facebook.

He wrote, “I want to state clearly, that there is only one entity in Armenia, against whom there is no game, and that is the people of Armenia.”

As repulsive the text of his speech is, his attempt to justify it was equally repulsive. It not only didn’t save the situation, rather made it even more suspicious.

In general respect, even respect for words, is especially important in crucial stages, when in order to reject the old one, first of all you need to change the rhetoric.

The language of the former authorities was mainly bureaucratic-pathosical, full of semi-gangster- semi-poetic terminology. This was also the language of the media, where the pathetic and tremulous voice was announcing simple events with the hope that the value of the pathos would be transfer to the gray situation (for example, would hint to the audience, as to who was black and who was white, where other colors were unacceptable).

To continue that tradition means not to set yourself apart, which is not the right step in Armenia on the threshold of a different caliber of elections. It simply wastes public trust.

The leader of the Velvet Revolution became the Prime Minister of the Republic of Armenia thanks to his chosen, elaborated and self-edited words. He appealed to the citizens with complex personalities, not to primitive voters.

At any rate, now, when the situation in Armenia is quite complicated and filled with media outlets and black or white propaganda (whose colors are not important in the media field), words and the culture of wording are becoming criteria.

On his Facebook page, Hayk Marutyan also answered one of the key members of the former system, former Minister of Defense, Vigen Sargsyan’s response.  And his words were in such a semi-gangster-patriotic style, where he called Hayk Marutyan “a provincial clown” who presented his “political barefootedness” and “low morality” (there were more rude comparisons).

High-quality debate and conversation will not be created with such phrases, and we will return to the past with only superficial messages.

Now, the tone, the inner editor and the internal critic are important.

For example, when we hear a report on September 1 on Public Television, where the journalist says in a nervous voice that from now on the children will be attending a new school in a new Armenia, you understand that the culture of speech (semitones, semi-colors, marginal pauses) are more valuable and convincing than yelling and beating your chest.

The new is the word addressed to the clever person, who doesn’t need to hear that there’s no game, because there never was a game.

Good producers take that into consideration, if they want their quotable lines to be filled with non-primitive messages.