Telegram Has Become An Important Platform 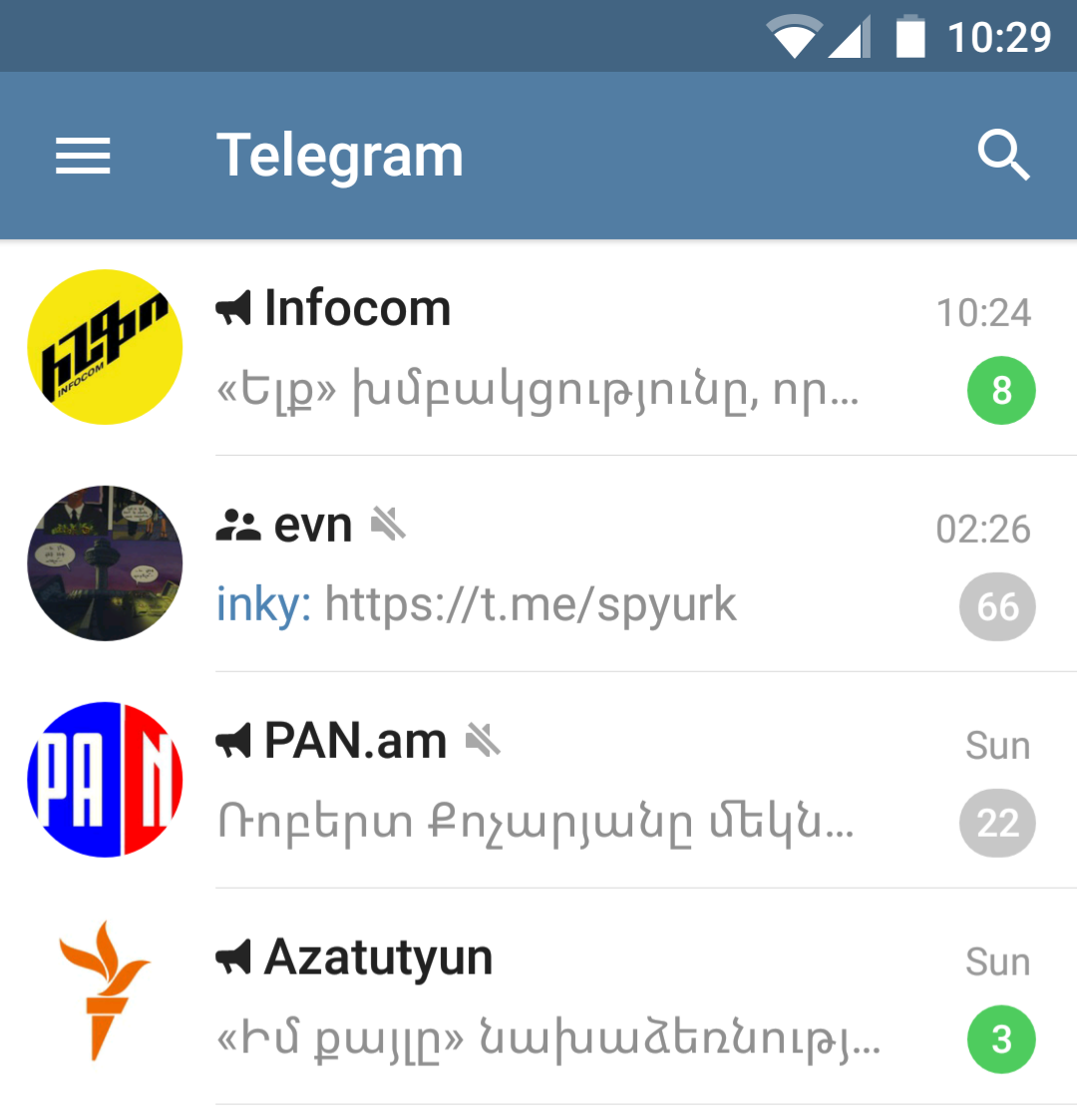 The peculiarities of the Velvet Revolution were numerous in the field of media. For example, more people were watching live stream than reading the news. Live broadcasts were created as much by hundreds of Facebook users as by journalists.

Telegram became an important news platform over the course of a few days. Of course, Telegram’s advertisement in Armenia took place in parallel, thanks to the Roskomnadzor blocking scandal in Russia.

However, during the last days of April, Telegram became one of the most downloaded applications in Armenia.

One after the other, information channels began to open, which fairly quickly began to collect an audience. Although, it was possible to open the channels earlier and be more prepared.

Of course, the story of Telegram channels in Armenia are only a few days old (before the revolutionary movement, there were a few channels which had a small audience), but we can now talk about fairly influential information flows.

So if you are a news outlet or a journalist and you still do not have Telegram as a channel, the time has come to correct this mistake.

Finally, I would like to mention the Armenian channels about which I am aware of at the moment (they are not only Armenian, there are a few channels which are more tied to Russia and Post-Soviet Armenian communities). The number of subscribers are placed in parentheses as of the morning of April 30th.