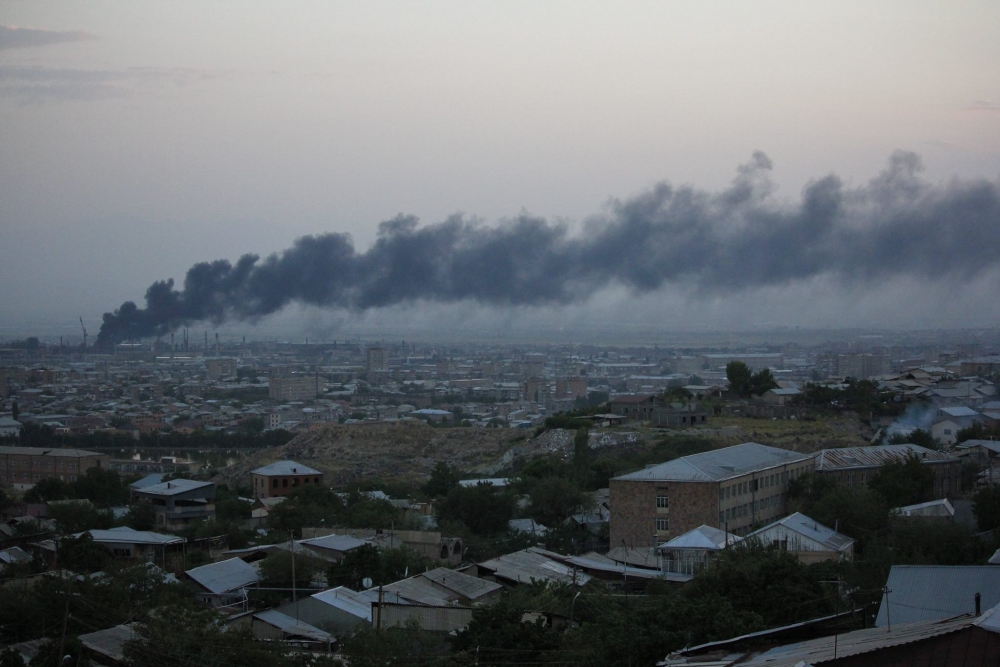 The notifying of emergency situations in Armenia has serious problems, and the reasons for this are fundamental. The issue is not that some employee fails or some agency doesn’t work well.

The problem is that there aren’t clear protocol plans in place (or perhaps there are, but they’re ignored) on how to notify the public in case of an emergency situation. And if there are no clear plans, being pushed to the forefront are the human factor, the impact of the stressful situation on the employees, and so on.

The ideological issue begins from the fact that there are commonalities in the perceptions of representatives of the state system and the public. As a rule, it is considered that there are only two types of situations: normal and horrible. There are no intermediate perceptions scales.

For example, if the fire alarm is heard, usually no one moves from their seat. If there’s no visible fire, then there’s also no danger. Light smoke likewise isn’t considered a threat. This is a situation found again at the “normal” stage.

Such an approach is a part of not only public consciousness, but also the governance of state institutions, also in the area of public awareness.

The last few emergency situations are good examples: fires in Yerevan, the Khosrov Forest State Reserve, Vayots Dzor. A large part of public awareness was occupied by spreading such announcements:

“On August 14, as of 11:00 pm, at the scene there are 73 rescuers, 132 RA Ministry of Defense servicemen, 70 police employees, 50 forestry employees, the mayors of nearby communities are at the 1st checkpoint with the residents.”

“As of 5:00 pm, 63 of the rescuers, 124 of the RA Ministry of Defense servicemen, 19 of the environmental protection and 30 of the forestry employees at the scene are carrying out firefighting work.”

Is this important information for the public? I believe it can be interesting, but not as self-sufficient or self-contained information.

If the public gets urgent information on which part of the reserve is burning, which is in danger, in which direction the fire is moving, what threats there are for nearby residential areas, and all this is conveyed with numbers, percentages, maps, and infographics, how many forestry employees are participating in the firefighting work would interest us.

But when the basic information isn’t there, the information given becomes an uncertainty sharpening factor.

For example, when Nairit rubber plant was on fire, two things were officially announced: that the smoke is safe, and it’s moving towards Turkey. Understandably, large volumes of even clean, refined smoke cannot be safe. Moreover, representatives of different ministers were interpreting the healthful properties of the smoke differently.

And it was quite clear that the state is not unanimous.

That the smoke is moving towards Turkey is even hard to interpret. In reality, they had to inform us which are the vulnerable segments of the population, for example, those who suffer from asthma, newborns, and so on. It was necessary to inform how people should act in this instance.

As for the movement of the smoke, when it was moving towards Western Armenia, it would be more effective to publicize based on a wind rose at what time on which neighborhoods of Western Armenia the smoke would pass, so the population would be ready.

If there are clear protocols on when, in which instance, and what type of information should be provided, if it’s clear how state bodies will collaborate in notifying the public, then the Facebook experts won’t become the source of main hypotheses on every issue.

And let me add at the end that state bodies have developed the requirement and implementation of clear rules regarding public relations employees’s way of working also on social networking sites. By the way, this matter was ripe already at least last year.