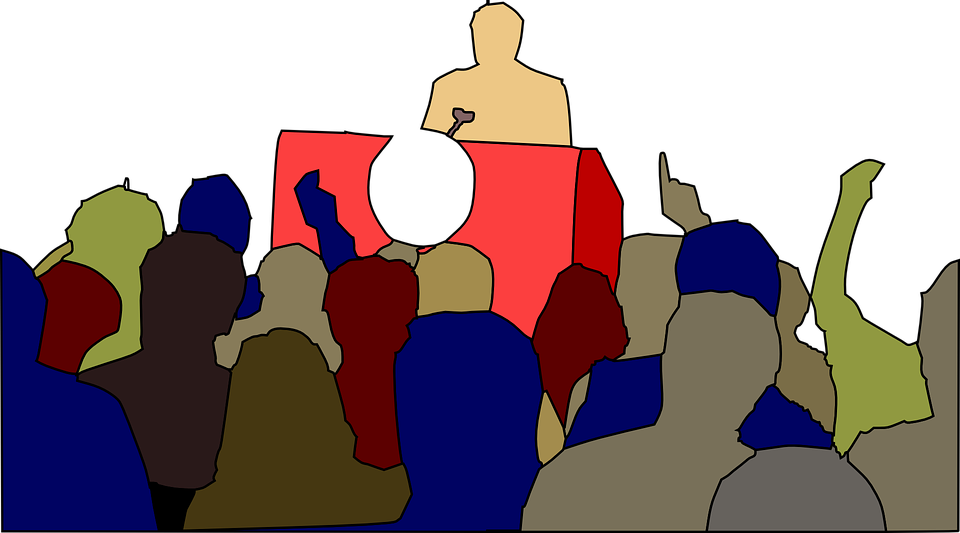 It was probably two years ago. An employee of one of the press clubs that organize press conferences called me.

– We want to invite you to a press conference.

– Is there cause for the occasion?

– But what sort of press conference topic is ethics?

I didn’t receive an answer.

It was clear: people have to do their jobs; well, the room isn’t going to remain empty, is it? And so they make up a topic convenient for them. Naturally, the press conference didn’t happen and couldn’t have happened.

However, not everyone acts like this. The press clubs invite them; they run. So what if there’s no cause for occasion? What’s important is appearing, expressing “smart” ideas. Even when there is an occasion, many (particularly politicians and commentators who make political conclusions that go past Putin’s smile) make standard, scripted remarks (in parentheses let me say that during training seminars, together with Avetik Ishkhanyan, we would parody such press conferences; naturally, with standard and well-worn sentences), often without any facts.

But what should journalists do without facts?

The day of writing this piece, on July 21, I counted 11–12 press conferences. There were two press conferences on the topic of tourism; three on Armenian President Serzh Sargsyan’s interview and the Karabakh elections; one on Vardavar (as to what new thing they would say I don’t know); one on resisting the heat (last month’s top story); and one each on some business projects and sports topics, and so on…

Yes, politicians, political analysts, and also people of certain professions aspire to be seen. But what issue do media outlets that send their journalists to these largely meaningless press conferences have to resolve?

What is the factual nugget that has to become grounds for journalism or news? Only that X gave a press conference at Y press club?

Surprisingly, in the “reports” published by most news outlets, that’s exactly how it is — plus a few thoughts from the “sayings” of the person giving the press conference. Often the press conference is so long-winded that journalists don’t even ask questions — there’s nothing to check.

Meanwhile, the press conference had to have at least a cause for the occasion.

Second, the press conference must be for the media outlet just a source of information (in the broad sense of the word: understanding that this can include facts, opinion, judgment, comments, and so on), and only the most interesting of what the journalist heard there could turn into one or two small news stories.

Moreover, it would be good if those stories prior to being published are checked, are compared with other views and information extracted from other sources, with comparisons, and so on.

But no. Journalists and heads of news outlets don’t have time for that; they have to fill numbers and places, they have to not fall behind. Suddenly a competing news outlet will write sooner that “in some club or another, some person or another said something or another”… What he said is not even important. What’s important is not being left behind.

On one hand, I want to seek a justification for news outlets, thinking: “Well, what are they supposed to do, when in fact nothing is happening in the country (not counting accidents, fires, and robberies)?” What should they cover if not press conferences?

On the other hand, I want to tell our news outlets: if you at least sometimes boycott the meaningless press conferences, the press clubs perhaps will think about whom they’re inviting and when.

And so, you suddenly see your talented student, who inspired hopes of becoming a good journalist, stuck in this constant race, has become a recording/transcribing/uploading-a-story-online machine…

If only she manages to…