On the Link Between Elections and War 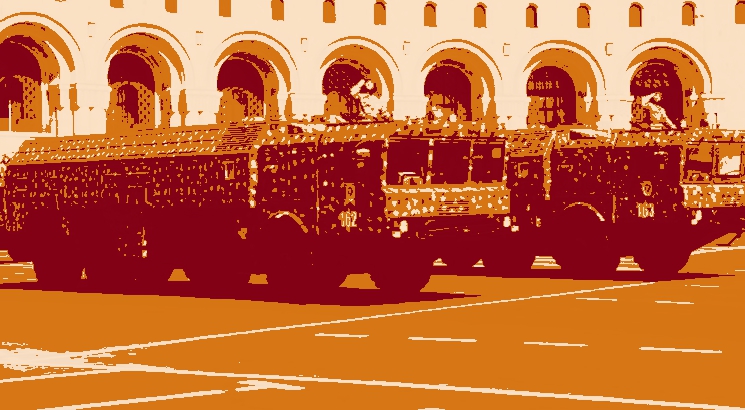 After the tense days of the Karabakh-Azerbaijan April War in 2016, explaining and, to a certain extent, justifying what happened became a vital need in Armenia.

The widespread public alarm required a more or less psychologically acceptable explanation since man cannot live long in an a state of alarm for one simple reason: it’s unnatural. Man either deteriorates and becomes ill or comes out of the state of alarm and tries to harmonize himself with a complex world.

Man is for living, not for self-destructing. And he wants an explanation.

But how to explain and, even more so, justify death, particularly when we’re talking about 18–20 year-old boys who died under peaceful conditions, but during conflict?

During those days last year, death and life confronted each other, prompting the existential entrapping question: “And for what?” To live for what and to die for what.

At the start of April this year, this question again arose, since by coincidence or not, the day of the parliamentary elections coincided with the one-year anniversary of the hostilities and became an opportunity for a year-long confusion, search for the causes of death, and reinterpretation of prospects.

The end of the election campaign and election day itself became symbolic: there were no gross violations or attacks, but public despondency deepened.

After all, if the ruling party, HHK, received the most votes, then accountability for the deaths during the clashes continues to remain concealed in the public consciousness.

When HHK promoted and formulated the “nation-army” concept, one had the impression that an attempt was being made to neutralize and extinguish the discourse surrounding the causes of death and war with general ideas, contrasting an individual life with national goals.

In April 2016, it was enough to listen to the remarks of various public figures, watch the media coverage, and read social media posts to be convinced that, according to the public rhetoric, being patriotic implies to die for your country, to be martyred, to shed blood, to disappear. And not to live, to build, to learn…

And in 2017, the HHK slogan “Security and Progress” circulated specially for political propaganda intended to remind us that between these two areas is also neglect, which the ruling authorities are ready to attach importance to.

The vivid and precious media, television, in the first days of April created a connection between the memory of the war, the war-threatened present, militaristic attributes, bellicose rhetoric, and the voting processes. On the airwaves were mostly military songs, stories describing ammunition and military life, and reviews about military achievements.

The most military equipment and military fatigues appeared on the airwaves of Public TV — even the president of Armenia was giving speeches in military uniform.

Almost all the programs on April 2 were bellicose to such a degree that it seemed that the Republic of Armenia was getting ready not for parliamentary elections, but for the battlefield. And since the war was being presented as an everyday backdrop to life, the audience was left with the impression that the elections were the continuation of military actions.

The military theme permeates conversations about life. When, for example, you hear on television that newborn children are being characterized as future soldiers, or when a school-age child says he dreams of being a soldier, what arises is a subconscious fear that there’s no future.

Ultimately, war is not a vision for the future; it is simply a step toward that vision. And a newly born person must be ready to live, and not to die.

But when military subject matter is presented as stylish and modern (even the glamorous and heavily made-up singers’ costumes that day on the airwaves were camouflage), it becomes a manipulative exploit (as, for example, the TV program devoted to the Iskander missile system). And exploited first and foremost is a vision for the future.

In effect, we were electing the governors of the future in a militaristic atmosphere. Which is difficult to explain to the public, but understandable from the ruling authorities’ perspective.

For the ruling authorities, it was very important to “conserve” the current situation for a few more years, which is possible to do also through replacing causes of death and the problems of the army with emotive, heroic, and abstract texts and images.

And as you saw, that’s what happened. We became “conserved” in an unformulated alarm and an undeclared war.