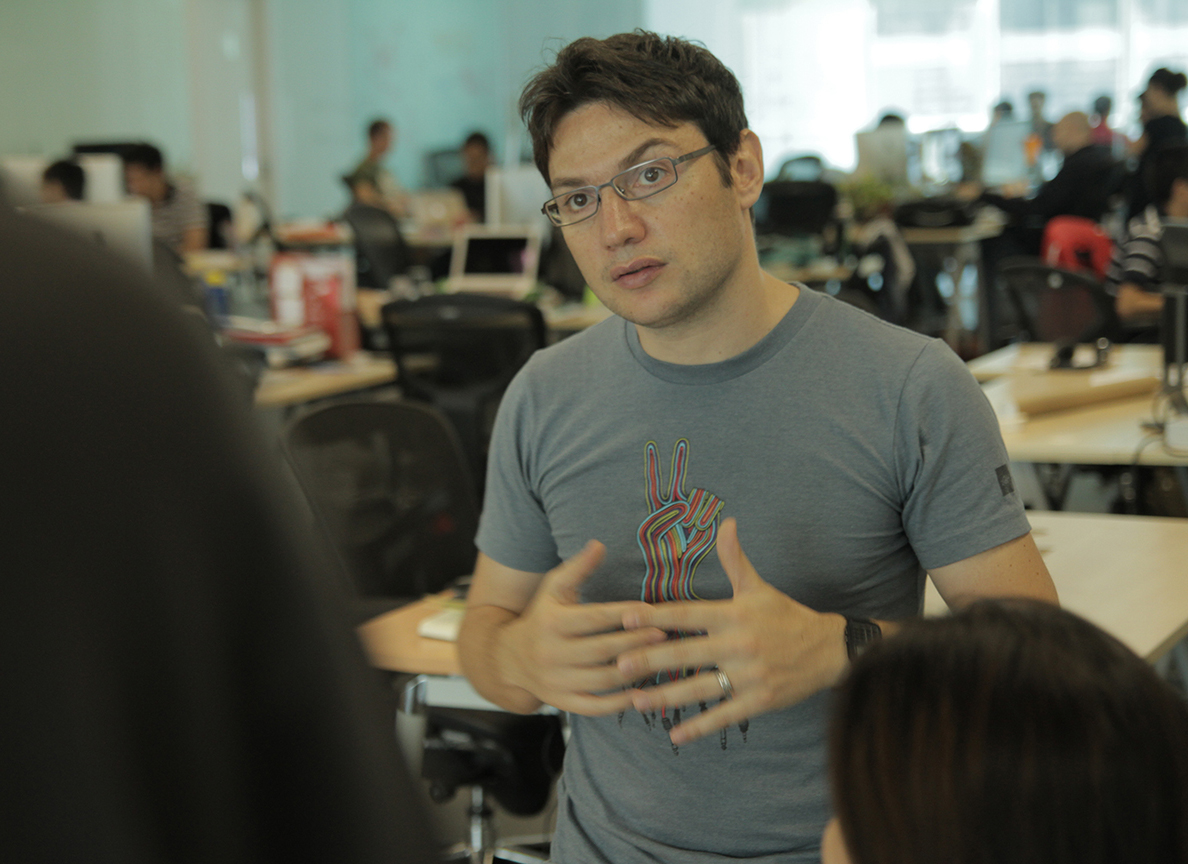 In mid-April, when I was conducting a poll in Yerevan, asking the members of the public which media outlet’s news in particular they followed during the four-day war, a few passers-by cited a name that wasn’t a media outlet. It was a little insulting: professionals are spending resources, producing news stories, and this person is copying them for free and distributing them, making a name for himself, and — what do I know? — perhaps also enjoying profitable “laurels”.

While I was contemplating investigating and preparing to publish this topic, a scandal erupted in the US, which, as much as it may not be comparable with this issue of ours, nevertheless, had two similarities: first, it referred to distributing another’s created content by copy-and-pasting, and second, it involved a person of Armenian origin. But the comparison stops there: the platform the Armenian-American launched had an initial capital of $4 million.

“One Simple Trick to Make Journalism Profitable? Copy and Paste It.” This question and its ironic answer is the headline of a piece by The Daily Beast author Lloyd Grove.

The occasion? Razmig Hovaghimian’s large-scale venture Ripple.co launched on May 11 in New York.

The idea behind the platform is to distribute the most diverse city-focused news and stories created by local journalists as well as non-journalists. Users from countries around the world can add their city to this platform.

“Our mission is to uncover untold stories and strengthen communities by sparking thoughtful conversations” is how Hovaghimian’s platform describes its work.

According to The Daily Beast, hours after Ripple.co launched in New York, Gothamist publisher Jake Dobkin noticed that Ripple.co viewed 270 stories from Gothamist’s New York site alone, selected the best stories of the week, and without permission or payment posted it on its own site.

Dobkin immediately wrote about this on his social media page and sent an email to Hovaghimian, threatening to send an official “cease and desist” letter from his lawyer the next day if the stories aren’t taken down.

This isn’t innovation, @onripple – it’s just theft- I can’t believe you launched without talking to any of the local publishers you pirated

The 40-year-old Hovaghimian on the same day later called Dobkin, apologized, removed all of Gothamist’s content from its site, and published a public apology. In response to The Daily Beast’s request for comment, Hovaghimian likewise conveyed his regrets and apology, explaining that Ripple.co had permission from a few publishers to distribute their content on the platform but due to technical glitches, stories were lifted from sites with whom Ripple.co didn’t have this same agreement.

In Grove’s opinion, Hovaghimian “easily” raised $4 million “from an all-star team of venture capitalists that included Google’s Eric Schmidt,” which, according to Ventura, turned out to be a “copy and paste” platform — “Sorry, I meant ‘steal and pass off as your own.’”

Dobkin is upset that numerous journalists spend a lot of time and effort to produce content, “and there’s no way to automatically produce it. But I can see why someone would not want to pay and accidentally go down this path.”

According to him, “in technology-focused Silicon Valley, content is usually a minor concern. Nor do the Valley’s digital gurus respect the blood, sweat, and tears frequently required to produce it, he said. ‘The content is just like one small ingredient in their stew—although in this case, it’s the main ingredient’,” writes The Daily Beast.

I think many managers and employees of professional media in Armenia would agree with this statement of Dobkin’s.

Who is “Armenian Zuckerberg” Razmig Hovaghimian?

Hovaghimian was born in Cairo, moving to Los Angeles at the age of 16. He graduated from the University of California at Berkeley and worked in the US, Europe, Japan, thereby returning to the US, where he graduated from the Stanford Graduate School of Business.

In 2013, Hovaghimian sold Viki, which he co-founded, to Japanese corporation Rakuten for approximately $200 million. The international online video service was initially created as a platform to learn languages whereby users would create subtitles for online videos. Volunteer translators from various countries around the world worked in 100 languages. Soon Viki become simply a video site with users posting their favorite shows.

In 2010, Hovaghimian registered Viki in Singapore, opening the company’s headquarters and hiring its first employees. Viki has offices also in San Francisco, Seoul, and Tokyo. In 2013, when the company was sold, it had 22 million viewers from various countries per month.

Hovaghimian has also been the producer of several short films, mainly Japanese (in 2003, for a film directed by Armen Ohannesian). In 2014, the film “Oh Lucy!” (director: Atsuko Hirayangi), for which Hovaghimian was the executive producer, received an honorable mention for Best International Short Film at the 2014 Toronto International Film Festival.

Hovaghimian lives with his wife and children in San Francisco.