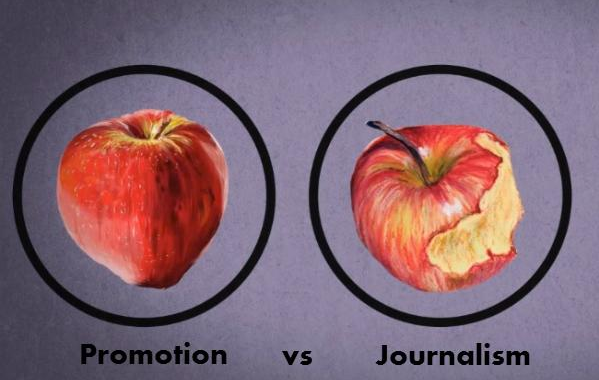 So why instead of a real journalism product is “PR journalism,” which has no connection with professionalism, becoming increasingly widespread in Armenia?

I have a million-dollar question: how is it that reportages in Armenia one after another begin to turn into promotion or advertising? It seems a news story is being reported, but it becomes not a media, but a promotional or PR product.

Attentive viewers will have seen on different TV channels on the same day or same days with nearly the same subject reportages “with the same actors” (in media jargon: with the same synchronization), the subtext of which is how good our state institution and its boss works, or “Tout va très bien, Madame la Marquise.” Even people unfamiliar with journalism might have their suspicions that this is all video-recorded at the same place and with the efforts of the same establishment.

Also incomparable with professional journalism is that reportages resembling commercial ads are broadcast during the news. Here too in many cases the “synchronization” is the same — only the texts and footage are a little different. (At this time let’s talk about this from the point of view of professionalism and not the law.)

Are PR professionals in Armenia so powerful, so professional that they’re able to shatter the barriers of news outlets’ professional vigilance? In any case, it’s the duty of “PR apparatchiks” — they get a salary only to praise, to promote their office, brand, product, or political party and leader. And it’s the issue of journalism not to succumb, not to be subjected to the offering of “PR-chiks,” to reap from that the bare information, if it exists. Sometimes to follow the traces of that information, to verify, confirm, complete, make it multilateral.

Otherwise, an ad should be called an ad; and the name of the establishment, advertiser. The latter has to pay the news outlet for it, and the news outlet has to situate it outside of the news broadcast.

Some will say, every coverage is ultimately PR of a story, and it’s very difficult to distinguish where journalism ended and the PR began. Perhaps. But let’s not make a fool of ourselves; that refers to very delicate situations, when the journalist, truly, with the precision of a jeweller’s scale, has tried to report the pure news event, but on the way to describing it fully, mentioning the given establishment, brand, or product was unavoidable.

Let me cite a recently broadcast example, which became a reason to address this issue. And it makes no difference on which TV station’s news it was heard: there are almost no exceptions of news broadcasts on Armenian airwaves in this issue. Without giving names or including a link, so that even we don’t propagate information analogous to advertising, let’s try to discuss the content of the reportage.

The news story was that a fishmonger’s opened in a city in Armenia. In the reportage, all the names were specifically given, and even the address of the shop was mentioned. The reporter offered the shop’s anticipated advantages and assessments personally, on her own behalf, though at least in this case she doesn’t mention whether she checked or tried [herself], or was this all just described to her at the store? “On offer here are environmentally-friendly fish products, which stand out for their high quality and perfect taste […] the fish house is the first fast food fish center, which experts also advise enjoying. The food is prepared quickly and doesn’t contain harmful ingredients or additives.”

This and the other statements in the reportage, to put it mildly, not only praise the newly opened shop, but also the journalist and her TV channel assume responsibility for service delivery and product quality — whereas in the case of advertising, responsibility for the content lies with the advertiser.

A separate topic is the widespread PR style of journalism. There are reporters who regardless of what news they report, only PR praise comes out of their professional “machine.” It’s a new type of “audio-recorder journalism” (I came, I audio-recorded, I transcribed, and I delivered it unchanged) — I came, I audio-recorded, I transcribed, I combined only the positive excerpts, added a few positive descriptors myself, and I delivered.

So why instead of a real journalism product is “PR journalism,” which has no connection with professionalism, becoming increasingly widespread in Armenia? Only don’t say, it is the result of the Armenian way of thinking: “about a news story: either the good or nothing.” This way, you kill not only the news story, but also the journalist’s profession altogether.