Journalists: How to Protect Yourselves from Internet Trolls 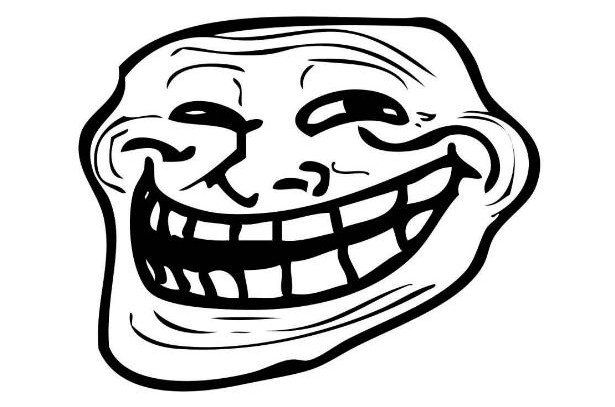 Personal trolls actually should be respected and heard — without getting irritated

A journalist today without a social network is like an old man without a cane. Or worse.

If a journalist doesn’t share his published piece on Facebook, it’s very likely that only he, his aunt, and a young person secretly in love with him will read it.

On the other hand, the majority of journalists today is young in terms of the internet; many opened their social media accounts around 2010 or so, actively engaging in online debates approximately around 2012 or so.

That is to say, in many issues they’re more sensitive to internet trolling or criticism than is necessary for stable working conditions. In brief, the average journalist can be angered in a few hours through a planned trolling attack. And an upset journalist at least

Since a journalist’s job almost always leaves someone dissatisfied, then a given journalist is guaranteed to be subject to online attacks. Mainly by the aunts of the offended party and the aunts of those who  frequent the same hair salon as them. In the worst case scenario, a directed partisan attack, through the use of numerous fake accounts, is launched.

In such cases, undoubtedly, it’s easy to say, “Don’t pay attention and do your work.” But it’s more important to consider the laws of the internet. In fact, the internet is a constantly evolving organism, where rules, indeed, exist that allow virtual communication to be more proper and reciprocal.

Thus, one of the most well-known laws of the internet belong to Godwin.

Godwin’s law states that the longer an online discussion, the greater the likelihood that a comparison will be made to Hitler or Nazism. That is, sooner or later, someone in the discussion will compare the other to Hitler.

But the laws change in time and space. In Russia, for example, this law has its modifications, and it mainly refers to Stalin. Rather, it did until recently. Now, RuNet [Russian Internet] is reviewing its values. In Ukraine, the same law refers to Putin.

In addition, definitely making an appearance are people who make the conversation and even the commentators’ lives meaningless and pointless, dropping the following logic bombs:

The worst thing a journalist can do is begin to explain why he didn’t first write about the Khmer Rouge and covered only the issue of garbage in Yerevan’s Kentron administrative district in his article. It’s enough to begin to explain this early in the morning, you won’t even notice how or when the sun set while you, exhausted, continue to write explanatory messages. Take such attacks lightly and remember two things:

It should be noted that the first point is accurate if you’re not an ill-mannered, smug, and pigheaded journalist, who with news pieces that insult human and universal intelligence will upset anyone and everyone. In that case, to think that you’re doing good work means to be mistaken, and fatally at that.

In addition, there is an almost 100% probability that people who regularly post online and publish public status updates will acquire personal trolls. They are people for whom a day is not a day if they don’t write something bad or biting about you. A personal troll inadvertently becomes a member of your household. When he’s radio silent for few days, you want to find your loved ones, call and ask whether something sudden has happened.

A troll can anger you very quickly, since he gets on your nerves on schedule, and his abhorrent comments become unavoidable. Personal trolls actually should be respected and heard — without getting irritated. Sometimes they say the right things — about the same as when a broken clock tells the right time twice a day.

If you’re able to “catch” those moments, you can learn a lot from a troll. Even that which even he doesn’t know.