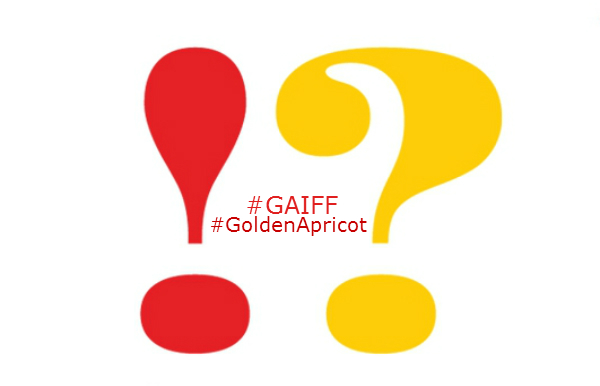 Any major event that implies public involvement is eventually spread throughout social media. And it’s successful when the event organizers provide the impetus for the dissemination.

This year, for example, the press conferences and master classes went unnoticed — leaving no trace on social networking sites with their mass following. Meanwhile, if the festival used the potential of its young volunteers, it could’ve offered an enjoyable and timely live blog, publishing photos and excerpts from the speakers’ presentations online. And to do so also in English, since, after all, it’s better to stress not the festival’s local significance (with its banquet dinners, meetings with the Catholicos and the president, and again banquet dinners), but the professional discussions, in their original language.

Social media is a tool to advance festival tactics, which allows for avoiding mistakes and inaccuracies (in names, titles, and so on).

On its official social media pages, the festival can share film titles and quote guests, according to its own hierarchy; for example, to share ideas that refer more so to cinema and the profession and not just empty, stammering tourist-like rapture, based on which local journalists write the majority of their pieces.

It’s interesting that GAIFF, being Armenia’s most anticipated and crowded cultural event, seeks more and more to be represented on television than on Twitter or Facebook. That is to say, it prefers delayed response media (and television is always late). It completely ignores the rapid, fragmentary, and interactive spread of information.

Social media is based on interaction, due to which any bit of text (even that of a few words) enters the realm of comments and discussions, while television was and remains a game, in which the audience doesn’t participate. TV audiences are served [information, entertainment] — without being allowed to participate.

The lack of social media presence was felt especially during GAIFF’s awards distribution, when confusion arose on stage regarding the Golden Apricot and Silver Apricot awards being granted. Because of poor translation and staging mistakes, the order the jury called out the names of the award winners remained unclear. The jury’s wording, which the jury considered the film’s merits, also didn’t reach the audience.

Quite late but thanks to ordinary festival-goers, sometimes live posts appeared on social media — though the hashtags #GoldenApricot and #GAIFF weren’t used actively (Instagram being the exception) and didn’t allow the world (if interested) to follow events at the film festival.

The Golden Apricot’s Twitter account, for example, was opened in 2011 but contains no tweets. The number of posts on its Facebook page can be counted on one hand (the last post published during the festival itself was on the second day of the festival), and they are mainly republished news articles and not an attempt to establish its own “face”.

And a face, perhaps, is that which has to be constantly emphasized and maintained; otherwise, you may find yourself among bleak official events, which by nature exclude any interaction or feedback.

Without smart communication and information, the energy accumulated over the festival’s 12 years quickly disappears.