On the Ghettoization of the Armenian Language 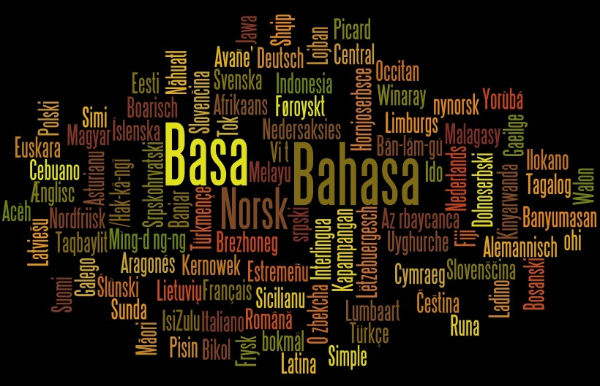 There was a time when concerns were heard and raised that the Armenian language needs to be protected at once from various threats and impurities. That the time has come to curb “language carelessness” (where anything goes) found especially in the media — in the manner of speak used by main characters in Armenian soap operas to the near illiteracy of some online news outlets.

The Armenian language withstood those criticisms quite coldly, perhaps because not all languages have a need not so much for protection and prohibition as for opportunities to appear on new platforms, develop, ramify,  and grow. Language is a self-cleansing organism, and if you want to kill it, it’s enough to polish it and put it in a glass case in a museum — and write: “Cleaned and protected”.

Over these last few months, the wish to clean the Armenian language is no longer current, being replaced by another wish: to understand until when, where, and how Armenian can survive in that case when the process of ghettoizing the language has begun.

For instance, you can go to a coffee shop in Armenia and be offered a menu exclusively in Russian (saying, sorry, but this is how it is here), and in many of the stores, not only the name and the price list, but also your purchase receipt is not in Armenian (you can guess what language it’s in).

These are trifles only at first glance, since the average communication tool is language, with which we read and write. Even our thoughts have a language: when we are completely isolated we speak to ourselves with the help of language.

Of course, the signs of Armenian’s ghettoization have long been around. During Armenia’s independence, we became accustomed to watching films both in the theater and on television not in Armenian and reading world literature also not in Armenian, since the need for spending money on translation and dubbing became subordinate to other needs (constructing buildings and avenues, for example). And in school, our children are learning poor quality (even derisive) Armenian in the sciences. Armenian content has long been missing, but the consequences of this was felt much later. That is, now.

The lack of good quality Armenian content (in books, films, and programs) has resulted in Armenian reducing its impact and languishing, being unable to use its potential — to develop, to translate and be translated, to have opportunities for new revelations and new mistakes, to give life to new concepts.

Perhaps that’s not the end of it.

In any case, many don’t see anything terribly wrong in the RA Minister of Education and Science declaring that Armenian youth have a need for the Russian language, while a Russian official in Armenia’s National Assembly asks that the Russian language be given special status in Armenia. They see nothing horrible in the current Armenian government deciding to contribute a significant amount of money to a TV program where Armenians with serious motivations discuss issues and search for answers in Russian.

During the Soviet years as well, the Armenian language was in somewhat of a blockade in Armenia. It was around, of course, but it was not respected as much as Russian, which, being the language of the “center,”  for the ordinary Armenian was more alluring in terms of his future career (and in general).

The longing for the center never did fade: only a slight boost was needed for Russian again to be considered more prospective (i.e. offering more of a future) than Armenian.

Communicating in a foreign language, one cannot be free (even inwardly). That’s a fact, the evidence of which many nations over centuries have made into a resolution. With a foreign language you can only serve, since your written works, programs, and ideas expounded in another language enrich not you but the institutions working in that language and caress the ego of bearers of that language. While you, with your programs and written texts, remain in the margins, in a feeding role. In the status of a worker serving an outpost.

Of course, the outpost can be very big and the salary good, but when you’re a server, it’s odd at the very least to declare that you’re not a server but a very wise secret agent who is temporarily forced to don a server’s apron, but when the time comes, you will remove it at once and begin to develop your own work according to your own ideas. But you are deceiving yourself.

Armenia’s authorities are trying to convince us that a foreign language only benefits us, while Azerbaijan’s authorities create a TV channel in Armenian, spreading their own point of view all over the Armenian-speaking world.

Perhaps we think this time fate will smile upon us and we’ll succeed in being at least partly free? I doubt it — because waiters and servers are free only in their dreams. While in their waking life, they wait for tips.