Psychic, Judge, and Truncheon: The New Face of Journalism in Armenia 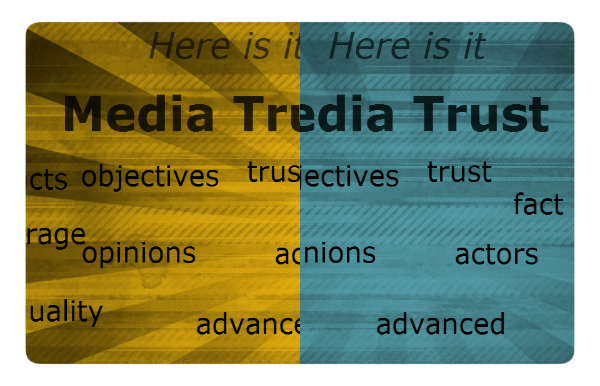 Online news media in Armenia are slowly acquiring the roles of a psychic, judge or a truncheon. 1in.am on Mar. 4 writes: “It’s not ruled out in principle that [American-Armenian wealthy entrepreneur Kirk] Kerkorian will Join [opposition leader] Raffi Hovannisian’s struggle, but…” First, the headline is written on the conditional fact being almost ruled out. Second, the news outlet had telephoned “Kerkorian’s inseparable colleague,” journalist Harut Sassounian. 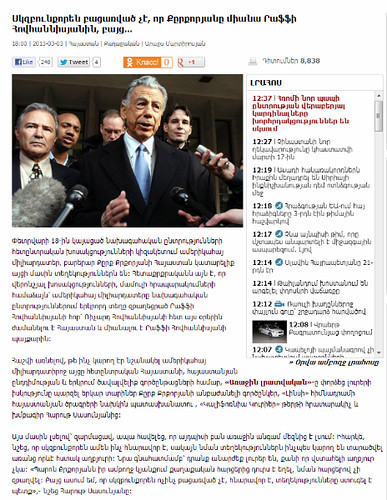 His response makes the news meaningless from beginning to end. Mr. Sassounian says he’s hearing the news for the first time from the caller. Then he continues: “In principle, it’s not ruled out; it’s possible.” Meanwhile, the news outlet cautions that it’s worthless news — “there’s no reliable source.”

At the end, the news outlet in a few sentences analyzes the “worthless news.” “If the disseminated news corresponds to the truth […], then it could be a breakthrough […]” But if it doesn’t, will you confess that your issue is not with readers but with the Armenian web resources rating site Circle.am?

Henaran.am on Mar. 2 reports that “Passions are Flaring in Liberty Square: Henaran.am Correspondent Threatened (video).” That the correct word in Armenian is not video but tesanuyt is another matter [the original headline had the English word in Armenian script]. That the journalist was really threatened, I consider possible. 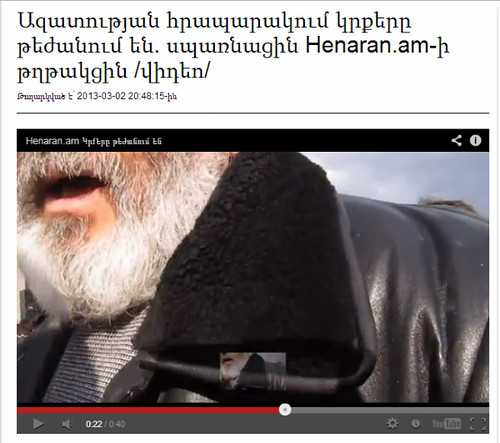 But the site published the news with a video as proof that its journalist was threatened. Any visitor to the site definitely would want to know who threatened the journalist. No one is disputing that she or he was threatened. But there’s no threat in the 40-second video: just an over-50-year-old man complaining what “nonbelievers” those who’ve come to Raffi Hovannisian’s rally are.

“That’s what I’m saying: if you don’t believe, why have you come here?” insists the man, in response to the journalist’s question “Why have they come?”. Henaran.am usually notes the authors of each news item, but the author of this video/news is “admin”.

Slaq.am simply uses defying “anti-journalism.” Probably only on this site can a postscript become an analysis. On Mar. 2 the site publishes an “analytical” news piece with the headline “Is it Possible to Fake Baby Food?” (By the way, this “analysis” doesn’t have an author, but it doesn’t express the editors’ views either.) It seems, it’s another matter that it’s neither news nor analysis. 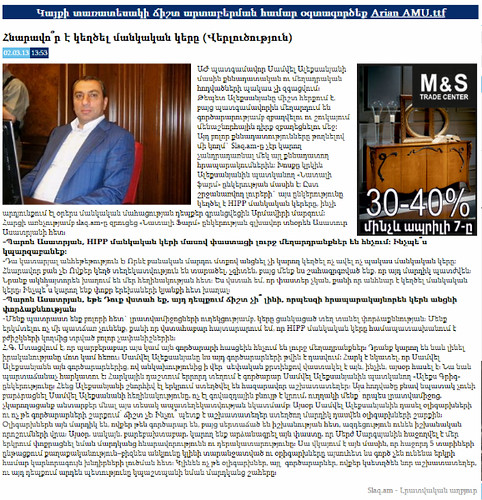 Another issue: a simple ad, the ad of Natali Pharm pharmacy belonging to MP and notorious businessman Samvel Aleksanyan. Slaq.am read in other news outlets that Natali Pharm is selling fake HiPP baby food (or baby formula), and so in order to deny the news, it spoke with that company’s director. From the conversation it becomes clear that the correspondent doesn’t even expect that the interviewee will say, “Of course, we fake it.”

Instead he says: “It cannot cross any rational person’s mind to fake no more, no less baby food.” The site then adds a “P.S”: “It should be noted that Samvel Aleksanyan is one of those businessmen who after [Armenia’s] independence with his own sweat earned that which he’s accomplished today.”

My dears, were you beside him when he earned all that with his own sweat? What does his sweat have to do with anything? Where is the analysis in all this? And haven’t you noticed that it is illegal for a parliamentary deputy to engage in business? 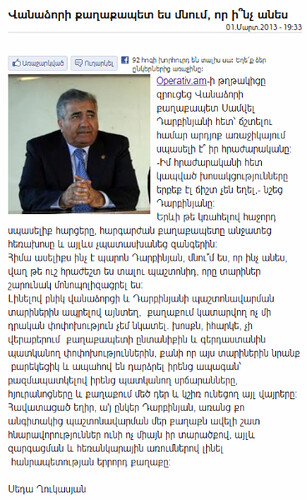 Operativ.am, unlike Slaq.am, “analyzed” its interview without a postscript or without proclaiming in its headline that the piece is an analytical piece. On Mar. 1, the site’s Vanadzor-based correspondent spoke with mayor Samvel Darbinyan.

The headline of the conversation is not from the mayor’s answer, but from a judgment: “You’re Remaining as Vanadzor’s Mayor to Do What?” [the headline uses words from a popular meme in the Armenian cyberspace]. Then the journalist addresses the mayor: “Be sure, ay comrade Darbinyan, without your irresponsible term in office…” and so on.

I might agree that the man is an irresponsible governor, as he described Vanadzor voters, but I don’t think that if the mayor has reserved the right to describe himself that way, that also a journalist his daughter’s age also has that right. The right thing, I think, is to be a journalist. It’s not the job of a writer; journalism is also learned.