Armenia Subject to Censorship from Russia 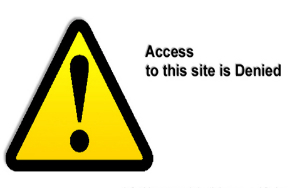 Two years ago I noticed that the Chechen separatists’ kavkazcenter.com can’t be accessed in Armenia, though it’s possible to access the site through proxy servers.

Some time passed, and then one day there was a comment left on my blog that made it clear that the site was again blocked. It only took a few seconds to determine that, indeed, this was the case. Typing the site’s URL in the browser brought me to the page of Russian internet provider Corbina Telecom, which cites a ruling by the Russian authorities that my IP address is blocked by the “state authority”.

It became clear from discussions on Facebook that access is denied to nearly all internet providers in Armenia — it’s just that for some, the block is implemented via Rostelecom.

Kavkazcenter.com is hosted outside of Russia. The Russian authorities simply block access to content on the site for internet users in Armenia, in that case when we in Armenia make use of internet cables that are on Russian soil. The site itself isn’t particularly of interest to those in Armenia. Also, if, indeed it’s a news outlet run by terrorists, perhaps it really should be blocked. But why should the Russian authorities make this decision instead of us?

Many websites in Russia today are restricted based on court rulings. Furthermore, the authorities have the right to block sites according to their discretion, without a court ruling, based on several criteria. From time to time even harmless websites are blocked — libraries, search engines, and so on. And you never know what website will be blocked in Armenia solely for the reason that some Russian civil servant deemed it harmful.

And so it is that Armenia uses Russian territory in order to have internet and is forcedly subjected to internet censorship — it goes without saying that this is simply unacceptable. We have to find solutions — especially since Russia is now applying tougher measures concerning internet governance.