Nighttime Programming: See If You Can Spot 10 Differences 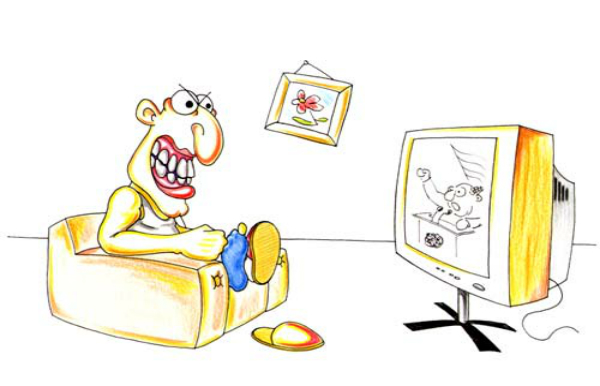 In a recent bout of insomnia, I turned on the TV (I don’t remember what channel it was) and was amazed to see a frozen image from a film on the screen — for about 15 consecutive minutes. I had the impression that either the person responsible for nighttime programming was asleep or what was happening on the screening didn’t really interest him that much.

I decided to monitor the nighttime programming of local TV stations broadcasting in Yerevan. This is what I saw after midnight on Oct. 19:

02:40 Yerevan: a repeat of the program Kartsiqneri Khachmeruk (“Intersection of Opinions”)

Especially incomprehensible to me in nighttime programming was Shant TV broadcasting a children’s song contest in the middle of the night.

During the two hours I observed the nighttime airwaves, I saw, according to genre:

On Yerkir Media, Vardan Onanyan’s historical TV program was on, while Kentron TV again ran the evening broadcast of its Epikentron news program. After 4 am, h2, Yerevan TV, and Shoghakat completed the broadcast of their programs. The nighttime programming was nearly the same on Oct. 20.

For example, at 4:10 am, Armenia TV was broadcasting VIA Gra’s concert, there was a soap opera on Shant TV, a program about actor Boris Pepanyan on AR TV, a foreign film on ATV, an Armenian feature film with actor Mikael Poghosyan on H1, Sting’s concert on Lime TV, and a documentary film about the “7 signs signalling the end of the world” on ArmNews.

I arrived at a few conclusions based on my nighttime research:

And also there’s a lack of a new format. Nighttime TV viewers are more demanding: the constant repetition of daytime programs cannot satisfy TV viewers who stay up at night.