Why is News in Armenia All the Same? 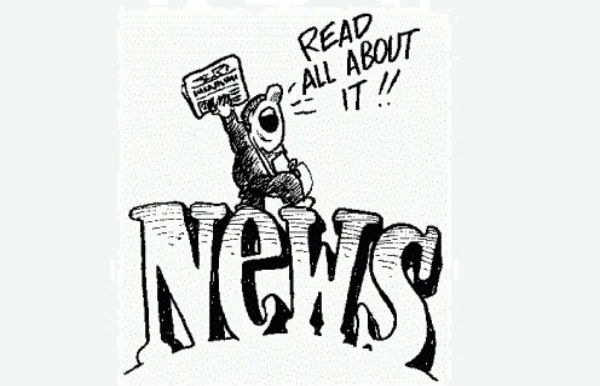 There are two types of news: hard and soft. Hard news is Armenia’s National Assembly adopting a law, the municipal water pipes bursting, Kim Kardashian getting naked, or an important figure receiving an award or making a discovery.

I’m emphasizing this, in particular, to be convinced that we’re on the same page, that when Kim Kardashian appears naked, this is hard news — the news can’t wait; people have to know immediately what happened; and if the news about her “getting naked” is delayed, it will lose its urgency and in the next second won’t have any news value.

You know why I began with Kardashian’s getting naked? Because when recently, preparing to teach a journalism class, I was searching for samples of the two types of news to give to students, I was unable to find any kind of soft news in the top 20 news outlets ranked on the Armenian web resources rating site Circle.am.

So I figured I should analyze and try to understand: do Armenian news outlets understand media’s main functions — to inform (through hard news) and to engage (through soft news)?

In sharing my observations let me note, they are based on discussions with several editors and in searching and analyzing daily news and topics.

And so it is that editors strongly believe they publish both hard and soft news, separating the latter according to subject matter. If the news is about politics, the economy or social issues, it’s considered hard; if it’s about entertainment, extraordinary stories, or “British scientists,” it’s considered soft.

In other words, information is offered based on the principle of let readers be “informed” about politics and “engaged” with news about Kardashian getting naked.

Personally, I, of course, am not offended by this misperception, but let me address the situation resulting from this chain of logic. When the news media reports on incidents or developments, the immediate disclosure of which might contribute to solving problems, this is wonderful. Even if it doesn’t… that reporting on such incidents can theoretically improve a situation is already good and an important fact.

But… media is society’s mirror, or perhaps we — those of us in the media industry — want to believe this statement.

But what is it like, a society where only fights-massacres-automobile accidents and politics are exclusively spoken about, where offered as engaging content are news about getting naked or DVD or CD launches? You tell me.

P.S. Soft news is that which, not published on the same day, doesn’t lose its news value but communicates important, interesting and engaging information.

For example, if it becomes known that covering your nose and mouth with a napkin while taking a stroll in the evening might reduce dust allergy symptoms, or, say, that bean dishes might increase the production of “happy hormones”, or that new evidence suggests that expired food is not always harmful, then society has to know about this because it’s important and interesting.

If there are successful stories or experiences in business, science or elsewhere, society must know about them because they’re interesting, motivating, positive, and engaging.