Elections Coming Soon. But How to Report Them? 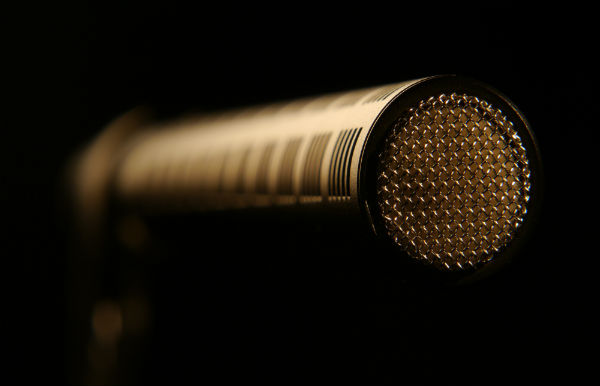 There’s the impression that many in Armenia have already begun campaigning for the upcoming parliamentary elections — despite the fact that campaign period officially begins on Apr. 8 and wraps up on May 4.

In the local news, we read how one politician or another announces he is preparing to participate in the May elections, sharing his things to do and “ambitious, large plans.” But the closer the elections get, the more you become concerned as to how prepared local journalists are in covering them.

For some news correspondents, the election period means running from one press conference to another. It’s true, “runners” are needed during that time, to be able to follow everything, but what’s important is following definite rules when reporting on the elections. After all, journalists are the connecting link between events and readers or viewers — they shouldn’t be a barrier between candidates and voters, but rather the bridge that connects the two.

But what guidelines should news outlets follow during elections? Personally, having covered three parliamentary (1995, 1999, and 2003) and three presidential (1996 and 1998 in Armenia and 2000 in Iran) elections, I was guided mainly by the following professional guidelines:

1. Be fair in covering the elections; that is, in contentious issues, present comments from both sides and give candidates the opportunity to respond to another’s accusations.

2. Act quickly. Take steps not following events, but rather sometimes even be a step ahead of an event.

One more piece of advice: if you weren’t present when a candidate made a statement, it would be better to hear the audio recording of her statement (which your colleague will provide to you), and if you can’t find the audio recording, ask a reliable colleague for help to recite what was said.

If you want to voice an opinion, let an independent observer speak. By the way, it’s also important during elections to pay attention to the publication of public opinion polls, noting the date, place and number of participants of such polls.

And now let’s turn to the aforementioned guidelines. That balance must be maintained when reporting news is indisputable. I remember when in 1996, the first president made his victory public too early: I immediately departed late at night to meet with his main opponent, Vazgen Manukyan, who pointed to several electoral violations.

Generally, very few local journalists can cover an event impartially, presenting the views of both sides. If you don’t believe me, try speaking to reporters of pro-government and opposition papers on the same topic: the former, frothing at the mouth, will defend the government, while the latter will defend dissident voices — without trying to weigh the details of the event and later decide what’s right and what’s wrong.

What’s odd is that some time later, the same opposition reporter might take up employment at a pro-government paper and with the same effort defend the government!

It goes without saying that immediacy is important — particularly for a website or news agency. Usually, readers like to visit those sites which publish an important piece of news first, but it’s not always easy to be the first. But apart from being vigilant, a news site or agency should also have a network of reliable sources, which it has cultivated over the years.

At the end of the day, journalists are human, and they too can lose sight of vigilance sometimes. But it must be said that to ensure immediacy, having a good connection and good equipment is key. So they don’t experience what happened with me in 1998: then president Levon Ter-Petrossian declared his resignation on television. After his first few remarks, I was trying to call the agency to report the news, but my efforts were in vain: the cheap phone I had in the house was missing a button I needed to dial the number.

I reported the news only when they got in touch with me from Moscow. If I went to report from my place of work, it would’ve been too late, and mobile phones weren’t yet in widespread use (I acquired mine in 1999). The next day, angry, I went to the store and bought the best Sony model phone at the time, though of course by then it was too late.

What was painful was that on that same day I was the first one to share the news of the president’s forthcoming resignation, for which I had a truly unpleasant talk with an employee of the presidential press service. However, despite being one step ahead of the event, in the end I was unable to report the news of the actual event itself.

It’s very important to present a candidate’s words verbatim, since at any moment she can refute her remarks and call you to accountability. This also happened to me.

A candidate made a very important statement but I wasn’t present when he made it (when you are the only correspondent for a foreign news agency reporting on all news in the country, there are times when you miss important news or statements). I was forced to appeal to a colleague, who unfortunately was still young and didn’t have much journalism experience.

As a result, the politician’s remarks were distorted, but quoting the candidate’s remarks, I cited that journalist and naturally, she bore the responsibility of the “inaccurate remarks”.

Generally, a journalist should strive to correct any misinformation he spreads which can damage a candidate and he should do this quickly, since the election campaign has a fixed time period. And it goes without saying that he should avoid making inflammatory or discriminatory statements (tied with race, sex and creed).

And so, the elections will be soon and with it, a journalist’s sleepless and tense days, which can pass without headache if he heeds the guidelines mentioned above.