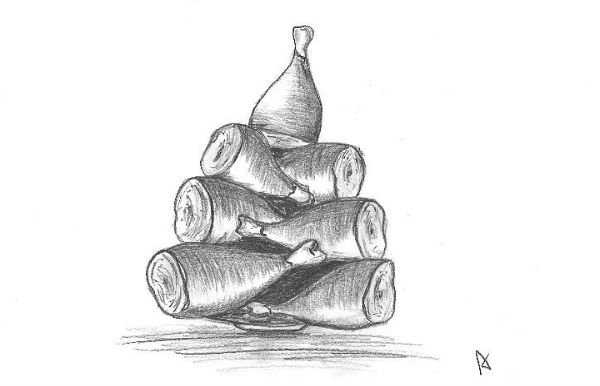 It’s no secret that New Year’s Eve programming has become an inseparable part of our holiday dinner in Armenia. Of course, we would like to see television programs that are appropriate to the festive mood, since the act of eating and drinking during this time is seasoned with watching holiday programs where humor, song and dance are to be expected.

And what expectations did we mere mortals have of programming on that day? Naively, this time too we cherished hopes that the content of domestic programming would change — that it would actually become festive and “rabiz” wouldn’t dominate the airwaves on New Year’s Eve.

We saw nearly no change in quality. Again leading the airwaves were rabiz “kings,” absent were witty jokes, and the programs were mostly shot in the regions where there was no special lighting or design. As with the previous year, TV companies continue to showcase their cliquey galas with the inclusion of their employees and more or less well-known singers.

Of course, in this sense, Kentron TV company went further, filming its New Year’s Eve program in some restaurant. The restaurant atmosphere was maintained till the end, since the number of smokers was so great that clouds of smoke rising up to the ceiling could be seen. Indeed, this could be viewed as an actual drive to promote the use of tobacco, which on television is prohibited by law.

This New Year’s “feast programming” occasionally became partisan in nature, since the camera operator, forgetting the performances on stage, was filming Prosperous Armenia party leader Gagik Tsarukyan, when his supporters approached him to convey their holiday greetings.

Yerkir Media likewise filmed its New Year’s Eve program in a restaurant — if I’m not mistaken, in Nor Dzoraberd.

On Yerevan channel, in some small establishment, Armenian singers, for some reason, were performing songs only by well-known foreign singers.

Armenia and Shant TV companies were celebrating New Year’s Eve more luxuriously and with great gusto. The Armenia program was hosted by Felix Khachatryan and Kristine Pepelyan. Here there were both studio lighting and design, tasteful performances and humor.

Shant TV too didn’t withhold funds for the New Year’s Eve program, which was more concert-like in nature: performing were the singers of the reality television show Armenian Superstar (a spin-off of American Idol).

We thought the programs would be organized more meticulously and would differ from the previous year’s tastelessness. Probably if they wanted to they could’ve put together a good holiday program — don’t we have intelligent scriptwriters and directors?

If in the past we had a brilliant range of comedy and satire actors, who with their craftsmanship were able to make New Year’s Eve programming unique and entertaining, while the next day, the entire city would be repeating their successful jokes, well today it’s a different picture.

The airwaves for the most part broadcast vulgarity and banality, while humor usually doesn’t rise above the level of street slang.

In short, there were many expectations of the New Year’s Eve programming, but again TV company owners obliged us with their taste.