The Epidemic, The War And CivilNet’s Work: From An Insider’s Perspective 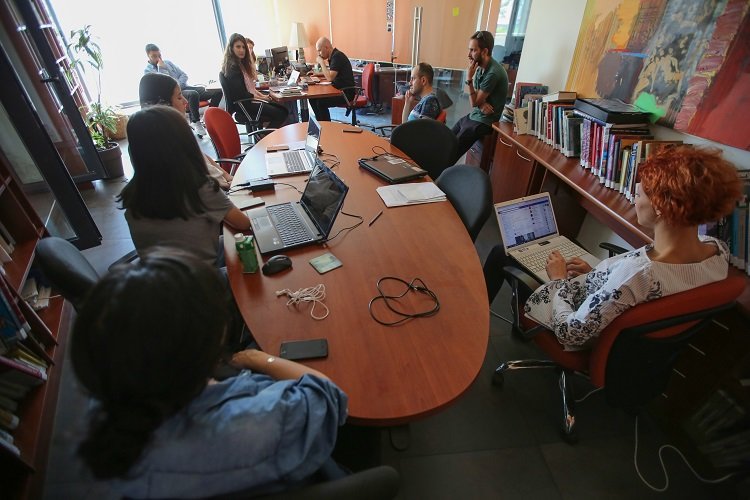 2020 was a really difficult year for Armenia. The media also bore the brunt of this, first working in emergency mode since the beginning of spring, in the conditions of the coronavirus epidemic, and then during the Second Artsakh War.

Two days after the outbreak of the war, on September 29, the five-member team of CivilNet was in Artsakh. They had joined our other team already working there. In July, Civilnet opened an office in Stepanakert with the aim of covering the socio-economic, political and cultural life of Artsakh. Who would have thought that we were going to cover the whole war soon?

Naturally, our staff is able to quickly orient and adapt to new and tense working conditions in emergency situations. For our editorial office, as always, in the days of the war, it was very important to present the true news, that is, to thoroughly check the information and hear opinions from all sides.

However, especially during the war, the audience’s response was sensitive and extreme, with numerous negative comments, letters, often swearing at us on social media platforms.

For example, on November 9, when we published the statement of the NKR President’s spokesman that Shushi is no longer under the control of Armenian forces, about 500 people took their likes from the CivilNet Facebook page (this is what Karen Harutyunyan said). However, from September 27 to November 9, that is, during the 44 days of the war, the number of our likes on Facebook increased by 8%.

Throughout and after the war, we received words of thanks and encouragement from around the world for our work.

The film crews of CivilNet worked in the hottest spots. Our journalists spent the night in shelters and even came under shelling.

Our work, however, was not (is not) limited only to Artsakh. The changing frontline forced us to do war journalism, this time from Syunik.

During the 44 days of the war, in four languages (Armenian, English, Russian, French) on Karabakh and the war, CivilNet produced more than 400 videos/interviews, which were posted on civilnet.am and shared on social media. Through the series “Azerbaijan This Week” and “Turkey This Week,” which had a wide audience and interest, we presented the moods in the neighboring countries on a daily basis, the reactions to the war, which did not find a place in the traditional (mainstream) media.

As in the case of many modern media outlets, in the case of CivilNet, most of our website visits come from social networks. We create media products specially adapted for this or that social network. For example, the explanatory photos posted on Instagram were quite impressive and were widely used during the war. One or two important sentences on a moving picture and hundreds of likes are guaranteed.

In general, CivilNet is not only a website but first of all its social platforms – Facebook, YouTube, Twitter, Instagram, etc. Moreover, we do not consider social networks as a means, the purpose of which is to direct the flow of viewers exclusively to the website. Our presence in those networks is more primary than the site itself.

In general, crises increase and activate the media audience.

Let me present what movement we had on the website and social networks from September 27 to November 9.

We had about 4.5 million views on Civilnet.am from Armenia, USA, Russia, Germany, France and other countries.

CivilNet’s Telegram was inactive after the revolution, it was activated some time before the war, and during the war, the number of subscriptions increased nine times. During the war, the role of the Telegram, which transmitted information quickly through short news, grew considerably.

The number of Instagram subscriptions increased 1.4 times during the war.

CivilNet has the second largest number of Twitter subscribers in the Armenian media (over 30,000), and the number of subscribers almost doubled during the war.