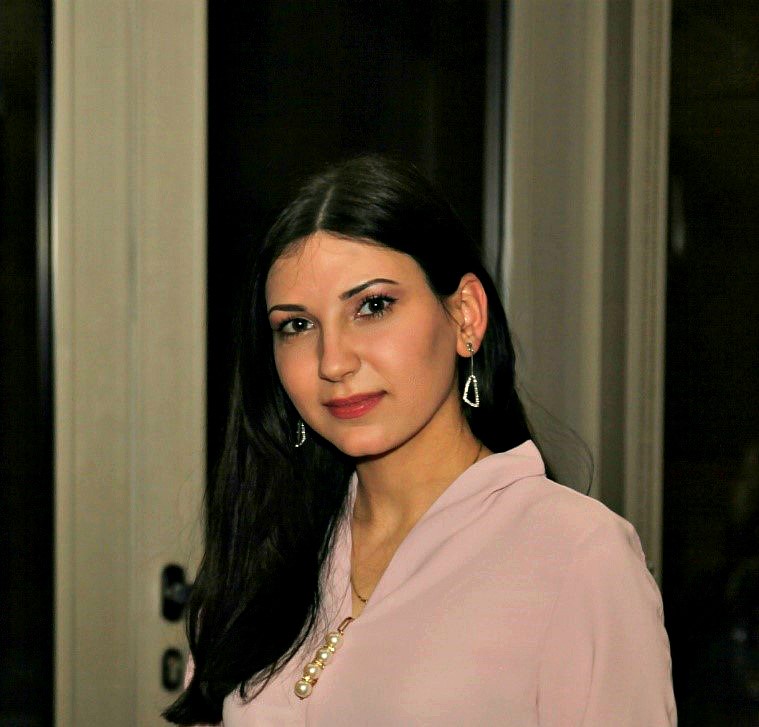 For the past two days, various headlines in the media can be found regarding the video of Anna Hakobyan fixing her hair during a speech given by Nikol Pashinyan at the UN General Assembly. In the video, Anna Hakobyan straightens her hair and stops doing so only after Foreign Minister Zohrab Mnatsakanyan’s said something to her. Although the minister’s words were not clear in the video, the media rushed to spread the incident, choosing various titles.

How did the topic spread?

So, by looking at the videos shared by the sites, we see that they mostly shared the posts of two Facebook users. The source for the websites was a user named Irina Danielyan. She posted the video with the caption, “We made fun of Aliyev’s daughter so much, that it came back to haunt us. No woman in Armenia has ever behaved this uncivilized…” The user’s page says that she works for Civic Consciousness NGO.

The video posted by the user was then posted on the page mamul.am under the heading, “Anna Hakobyan’s self-styling video at the UN session.” The article has accompanying text indicating the post of Irina Danielyan. The site presents a reminder, “Nikol Pashinyan gave a speech yesterday at the 74th session of the UN General Assembly.” Materials with similar content can also be found on Ipress.am. The user’s post was also spread by 7or.am under the heading, “What does Anna Hakobyan do during her husband’s speech? (video).”

A few minutes after Irina Danielyan’s announcement, the video appeared on the Facebook page of a user named Robert Margaryan:

“RA Foreign Minister invites Anna Hakobyan to order for doing her hair during her husband’s speech.” The publication of this user also became the basis for the media to post it on their pages with various redesigns.

Henaran.am posted this video on its website and titled it, “Zohrab Mnatsakanyan in the UN called Anna Hakobyan to order (video).” The publication has no accompanying text. The video was also uploaded by analitik.am, with some additions to the caption, “Zohrab Mnatsakanyan in the UN has called Anna Hakobyan to order for styling her hair (video) during Pashinyan’s speech.” And blog.168.am simply referred to Robert Margaryan’s Facebook page, attaching the user’s post.

On Irina Danielyan’s Facebook page we see that the video was posted on September 26, early in the morning at 8:25. Two hours later at 10:53 am, this video appeared on the news.am website with the news.am logo under the heading, “Anna Hakobyan straightens her hair during Pashinyan’s speech at the UN.” News.am’s video was also posted by lurer.com. This time, however, under a “more harsh” heading, “How Zohrab Mnatsakanyan reprimands Anna Hakobyan for fiddling with her hairstyle (video).” Live24.am also posted this video with the news.am logo on its website.

Was it a reprimand or not?

At the end of the same day, Anna Hakobyan posted a humorous video clip on her Facebook page, writing “It was very good.” And in response to the question from users, she said she does not remember what Zohrab Mnatsakanyan told her. He probably said, “they are recording us.” It seems like that to me, so I stopped fixing it. Meanwhile, I was fixing my hair so that it would not look so messy in the footage. Obviously, we did not come to an understanding with the director :)),” the Prime Minister’s wife replied.

On the following day, September 27, a material with the heading, “Video: Anna Hakobyan says what the Minister told her at the UN when she was fixing her hair” appeared on the politik.am website, which also contained Anna Hakobyan’s response. Hayeli.am also published it in the same way.

Topic for other speculations

The video, which lasted only a few seconds, was not only interpreted differently (commentary, invitation invitations) but also received a political subtext. On September 28, yerevan.today posted a link to top.news.am titled “The Reason for Zohrab Mnatsakanyan’s Resignation” on his website. According to the “analysis” published, Zohrab Mnatsakanyan will soon be dismissed for his remarks to Anna Hakobyan.

It has always been characteristic of the press to give one event or incident many different shades, but in this case not only were the shades brighter than usual, but the phenomenon became the topic of the day. Although there was no clarity on what was actually said, the Minister’s remarks in one case became a comment, in another case a reprimand and in another case may also lead to his resignation.