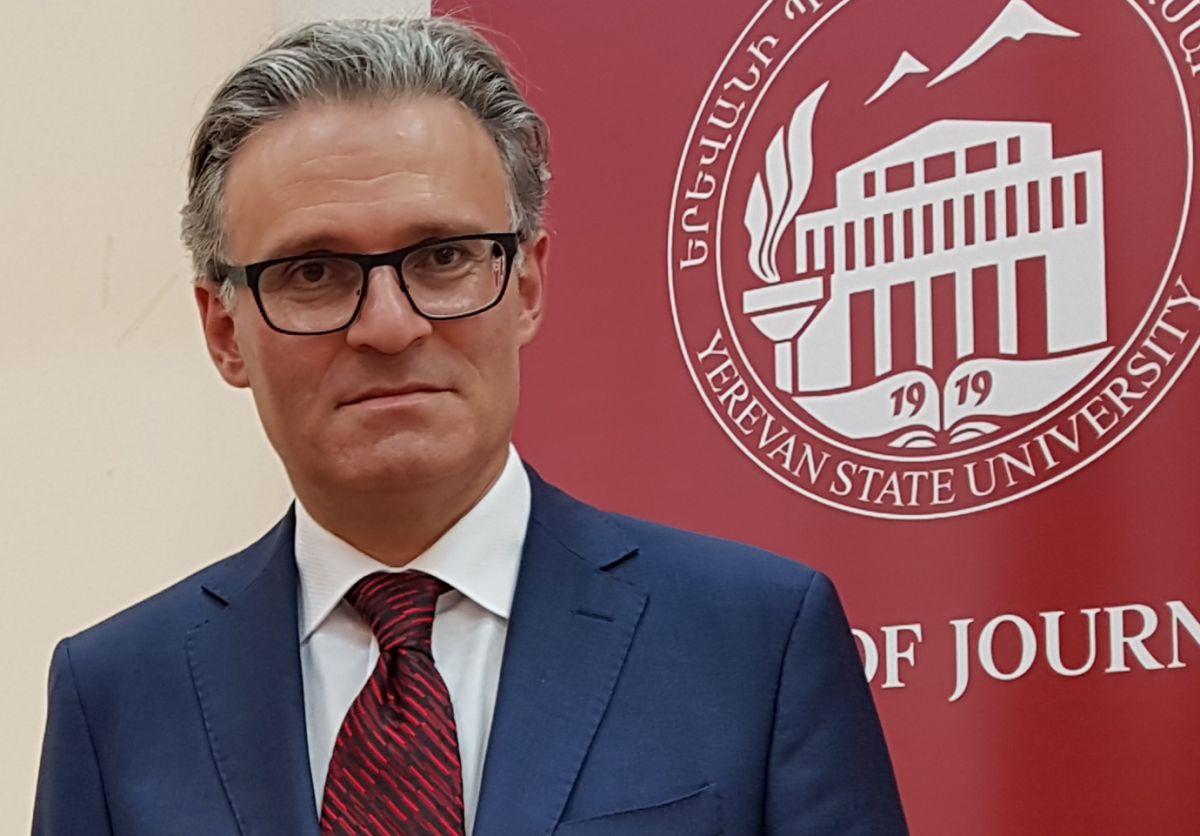 Working in Germany, including in the Bundestag, I have had the opportunity to write speeches for different officials. Now I continue to write, taking new qualities into consideration each time.

Today, when there is a tendency to shorten everything, it is not easy to say what you want to with long speeches. Speeches shouldn’t be longer than 20 minutes, it is senseless. My speeches are usually about 15 minutes long, if of course, the speaker doesn’t want a longer one.

Perhaps in the past people had more patience to listen, and now long speeches are boring, everything needs to be a summary. However aside from being short, speeches ought to also match the new situation.

Before writing a speech, it is necessary to speak aloud about the subject, understand what needs to be emphasized, targeted etc. It’s preferable that the speech writer knows the speakers, talks to them, know what their priorities are, what is secondary, what vocabulary they use, etc. You should take their language and vocabulary into consideration, polish it and use it thoughtfully.

Naturally, their external appearance is equally important, as well as the stage, the staging.

In Germany, during the annual press conference of the Deutsche Bank, they asked the stage designers to design the stage hall, plan out the lighting, decide the distance between the stage and the seats, the issue of flowers and colors.

The speech writer doesn’t only write speeches, but is also should be engaged with the spokesperson when it comes to the staging design. That is also a part of rhetoric and public communication.

Though I wasn’t very actively involved in Germany, but I had the opportunity to follow the Velvet Revolution in Armenia and the post-revolutionary developments.

The revolution is already a reality, though after the revolution, the country’s administration implies a more discreet political process and the formation of a political culture.

During and after the revolution, especially during the recently-held Municipal Electoral Campaign, we have heard speeches whose harsh language cannot positively influence the development of political culture. Responsible people should be more relaxed in their speeches. Of course, criticism should exist, but not use such rude language. That is also culture, like theater, song and dance.

Hanging them from the gallows, burying them under asphalt… these are not criticisms, it’s a burst of passion that not only harms political culture, but is also unnecessary.

There is no need to speak with such language. That’s how vicious cycles are created, and the next one speaks with the same language as he first, and so on. This cycle needs to be broken, so that political culture can gain some maturity, farsightedness, size and weight.

When the election campaign is hot, passions flare up, but politicians have to restrain themselves and not allow themselves to fall into extremes, even if they criticize something.

Speeches play a big role during the Velvet Revolution. Nikol Pashinyan, with his speeches, posture, warmth being transmitted through television, was able to unite citizens and reach his goal.

However, after being elected a Prime Minister, his speech on the stage of the municipal elections often included rough language, voice, and yelling, which didn’t leave a good impression.

It also contradicts his calm, warm character, which makes him very relatable. The Prime Minister has to adopt another style. Passion cannot have a positive effect in this case, even though what the audience wants should also be taken into account, or how they accept that language.

As long as a person is in the opposition they can allow themselves a few things, when they already take responsibility as a minister, politician etc, the role is changed. You can no longer play the role of the opposition on the stage, you can’t be oppositionist in your government, it’s not possible. If you’re not an oppositionist, the style must change, the posture, otherwise people may have questions, are you an oppositionist, leader or opponent? What is your final role? The role must be clarified.

Also the role of the media: Are journalists reporting the truth or defending democracy? The journalist must determine their duty to report, but create a parallel platform for discussions. That counterbalance should be set, not to only report on the positive and ignore the negative.

One of the most basic principles in speech writing is being proper. The speech should be appropriate to the speaker, lister, time, place, occasion.

There is a difference between the speaker who speaks an individual, an oppositionist, or an official and so on.

The other principle is making the words, sound, and movements fit with one another. There should be not contradictions here. For example, a person cannot say that they are happy that they are here, but close themselves off with their body language.

In the case of having all of these principles, there is still one important question: Was the speech in question successful, influential, or the opposite? It is very difficult to decide, there still are no means to measure the impact of a speech. You never know if the audience, is clapping because they share the same conviction. Another question is whether the speech is more compelling or a movement in the wrist.

I have a “gauge” to measure the effect of a speech.  It is influential if the media reacts to or sites it, or if the audience responds to it with emails, calls and more. But these are not definite criteria.