Arpine Haroyan “Live Stream From On The Scene” 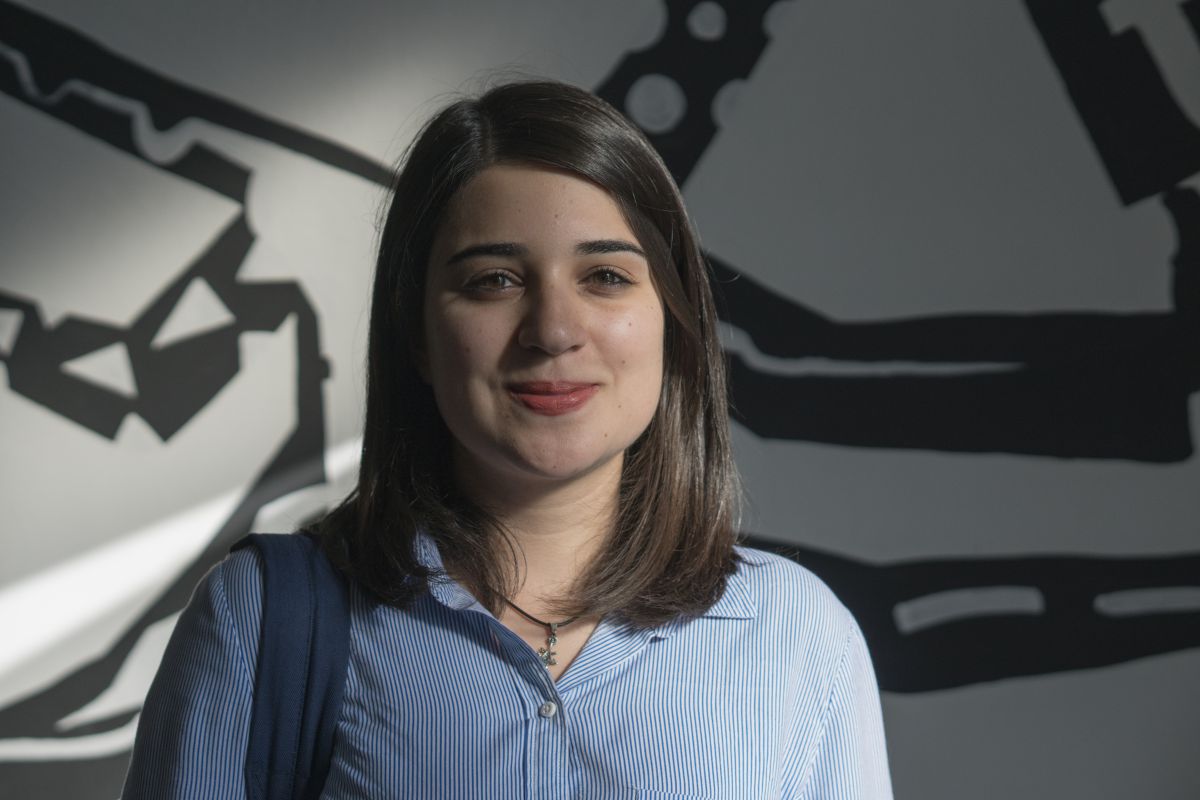 It was April 20th, 2018. I was sitting in EVN Report’s indescribably small office. I was following four media platform’s live streams at once using both my ears, sometimes glancing out the windows. Downstairs there were police officers walking around with tired and strained faces, the office of the Republican Party was in the building next door, and the country was in a state of revolution.

Then I remembered that EVN report working under emergency situation was the only reliable source for English-speaking information for over 10,000 diaspora and foreigners, and I continued to work and refresh information.

EVN Report’s small team was incapable of covering the live streams of different media platforms. And the world was following us. In live streams real people were waiting for information. They were waiting every minute and every second. They were as impatient as hungry wolves…

Meanwhile the police were walking up and down Melik-Adamyan street, special troops deployed armored vehicles at the Republican Party office, and the cries of proud citizens walking enthusiastically down the streets, I don’t know how I remembered, that I am a dedicated child of social networks.

I understood, that many of my friends were struggling outside, videotaping and spreading episodes of the revolution with their phones, and I thought, that each of them are in fact covering the revolution.

I collected my thoughts and decided to put out a call on Facebook. I have about 400 friends, and if at least ten of them responded, it would be a great help to cover the revolution in more detail.

And I wrote, “I ask of all my friends who are on the streets. Please, if there is something important happening, let me know.” I clicked the post button and began to wait for a response with a proud look on my face.

2 minutes passed, then 5… silence. At first I was annoyed, I became upset, but then I thought for a moment and realized that my friends who had been walking for dozens of miles, hungry, and outdoors, would more likely continue to close streets than share and cover the events.

I don’t remember how many minutes had passed, when suddenly I received a Facebook message. I opened it indifferently, since the author of the message was someone I don’t usually communicate with in social media.

Then I see about 10 photographs. While I was trying to figure out where, what, who, the author wrote “We’re on Komitas Avenue right now, we have closed the street, people are happy, the police are not interfering, would you like me to send a video?”

I admit it, I became emotional. I tried to share my joy with Maria Titizian when a few seconds later I received another message, “Arbine, hello, I am now near Victory Bridge, I’m going to send photos, how else can I help?”

It was unexpected. Quickly I began to coordinate the information I was receiving, and during that time I received the third message, the fourth, the fifth, the sixth. I began to receive uncountable amounts of messages from friends in Yerevan and other cities in Armenia. They were sending photos, videos and reliable information. The most important, live streams from on the scene.

The media was burning inside us, and social networks became an unprecedented platform for covering injustice and establishing justice.

My friends were happy to invest with reliable and up-to-date information, and I finally felt that, despite the unprecedented developments, we were keeping up with the coverage on all the most important events.

All of us became the media. We saw it, felt, transmitted and fought.

I am sure that during the days of the revolution, the world did not fall behind from any event. Many Armenian citizens unwittingly became journalists.

The Velvet Revolution has come to show us that a 21st century person has all the capabilities and information tools to cover reality.

The revolution has come to show that live streams from on the scene can be provided by any informed citizen.

The revolution has come to show that the people are the media, and social networks an indispensable platform to cover events.

And we, hence we showed all of this via live stream from on the scene.

Arpine Haroyan
AUA, Faculty of Communication
This work has been awarded the second prize in the 2018 “I am the Media” competition