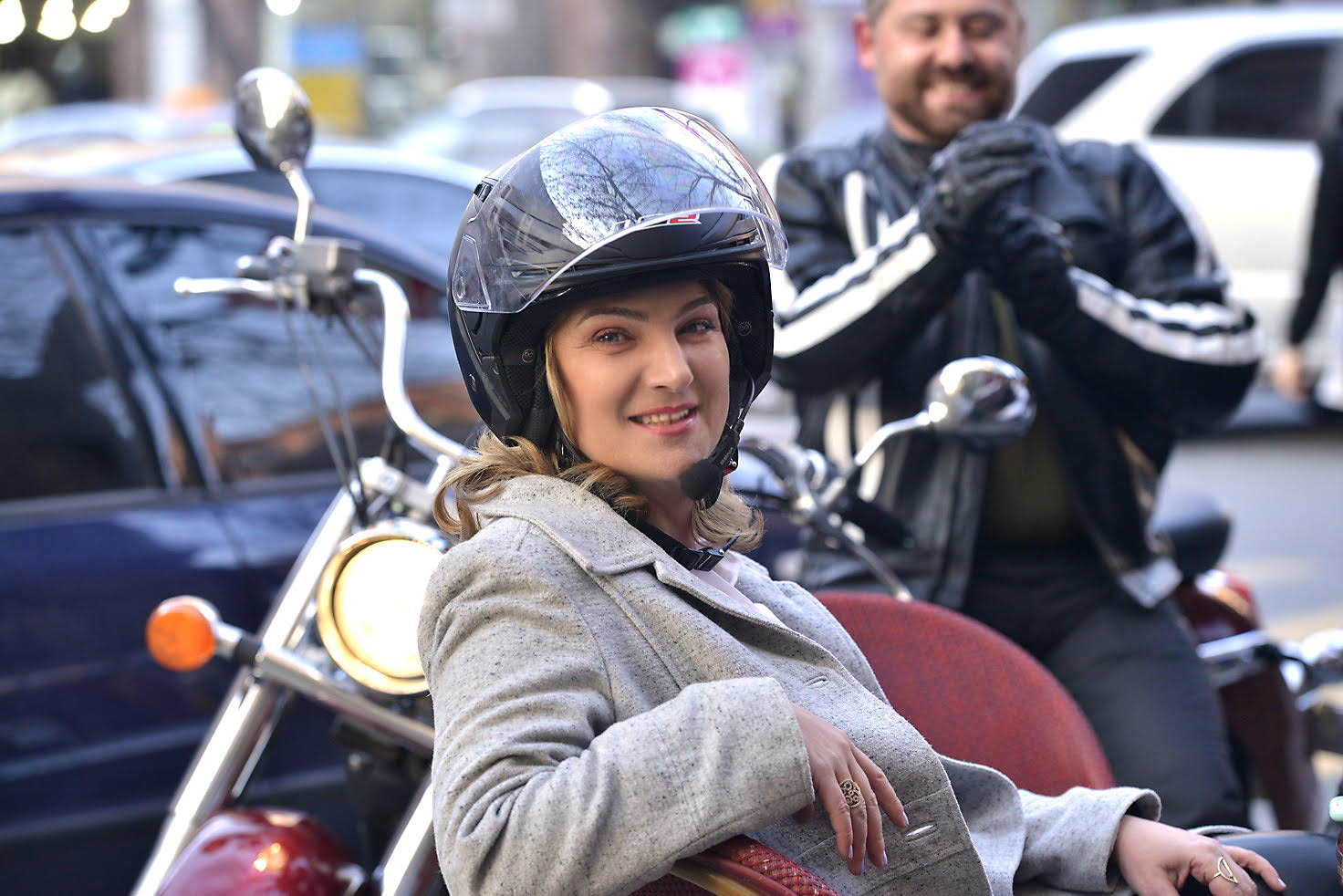 Let’s agree, that if a song is urgent, spontaneously created for any movement (especially as quickly as possible), then it is already commendable. It’s a phenomenon, a position, an independent quality of song.

And so, let’s talk about the velvet and peaceful revolution and the songs inspired by it, chronologically according to the dates of their release.

This song was first released on March 20, and Nikol Pashinyan began his march from Gyumri Rebirth Square the next day, just as he had described in the lyrics of the song.

The open hands revolution, as emphasized in the song, brought with it a smile, a sense of hope, and pride, with recognition as a bonus.

According to the writers, the song is in the alternative rock genre, but it isn’t really that alternative, it’s more like bard alt-rock. However, what difference does it make? The song was loved and became a symbol of the movement.

Finally, the basis of all demonstration songs and hymns (From Beethoven to Marseilles) is the idea that I am not alone, and when we realize that, we will definitely win.

On April 26, a part of Tata Simonyan’s song was posted live on the internet.

Rock switched to a 6/8 rhythm, and the range of the revolutionary audience was widened to an unprecedented extent.

Armenian citizen, Albert Simonyan, Tata himself, had expressed his concern about the use of force against young people (from the perspective of an eye-witness) from the initial stage of the movement.

This was his political step, as this is the first song of agitation to appear in his repertoire, which is filled with songs of love, patriotism, humor, freedom fighters, and the military.

The song reached the public when the results of the revolution were uncertain, and the political situation was complicated.

From rock, to 6/8 dance, followed by Hrag Simonyan’s song, Dukhov. The words and accents of the song, which lie somewhere between rap and ethno hip-hop, are of course controversial (although the word “dukhov” is a trend, it is not Armenian, and the word placed beside it for the sake of rhyming, nukhov is just extra).

The song was released on May 4, when Armenians everywhere watched and condemned the speeches, conduct and aggression of the Republican Party MPs during a live broadcast of the parliamentary session.

It turned out, that the (first unsuccessful attempt of the) elections for the Prime Minister was included in the song.

55 people, listen carefully,
You have shown that you were kind,
You wanted to turn off the sun of Armenians…

The young composer attempted to speak to the most important layer of the revolution, from the position of the youth. Perhaps, that’s all.

And that very night, three men, Hayk Durgaryan (singer), Richard Madlenyan (music), and Grigor Kyokchyan (lyrics) stayed up all night in order to release their song online the next day, this time in the pop genre.

The song, which was written and recorded in one night, was called Hooray-Hooray. The initiative was the singer’s, who once sang about petrol, speedometers and traffic and expressed with heartfelt irony that “there isn’t a better guy than Yerevan.”

Listening to this completely Armenian pop song, you understand that the composers, or at least one of them, were an active participant of the protests, and you can see elements and symbolic characters from the movement in the the words of the song. For example, the mysterious Ira and the dog Chalo.

On May 8, the day of the new PM’s appointment, this joyful song was more than appropriate.

Another Hayk, this time Hayk Petrosyan. The actor, who was an active participant of the Take A Step, Reject Serzh initiative, often writes popular song-sketches, and one of them is built on the play on words Reject Our Cheery Serzh (Merzhir Mer Zhir Serzhin)․ A little bit of reggae, a little bit of blues, and a little bit of comedy.

Of course, one can refer to Edo Barnaulskiy’s song Nikol Pashinyan, but I am unable to listen to the song till the end, therefore “God protect the kids” (a quote from the song).

Inna Mkrtchyan wrote a condensed, Armenian text to the beautiful melody of the Chilean workers’ union anthem The People United, Will Never Be Defeated, written by by Sergio Ortega. They recorded it on April 30th and it was played from the Republic Square the next day.

One more thing. A question keeps coming up recently, shouldn’t the singers (who have different degrees of fame and talent, who up till the revolution swear in the name of the people and who were amazed by the people) have been next to the people-audience during the dramatic point in history?

The answer is no. Because if you have to do something by oppressing your own will and desires, then it’s better not to do it at all.

It contradicts the philosophy of the velvet revolution, harmony and solidarity.

Sending hugs to all of you.

Anita Hakhverdyan
Proud citizen  of the Republic of Armenia, MC