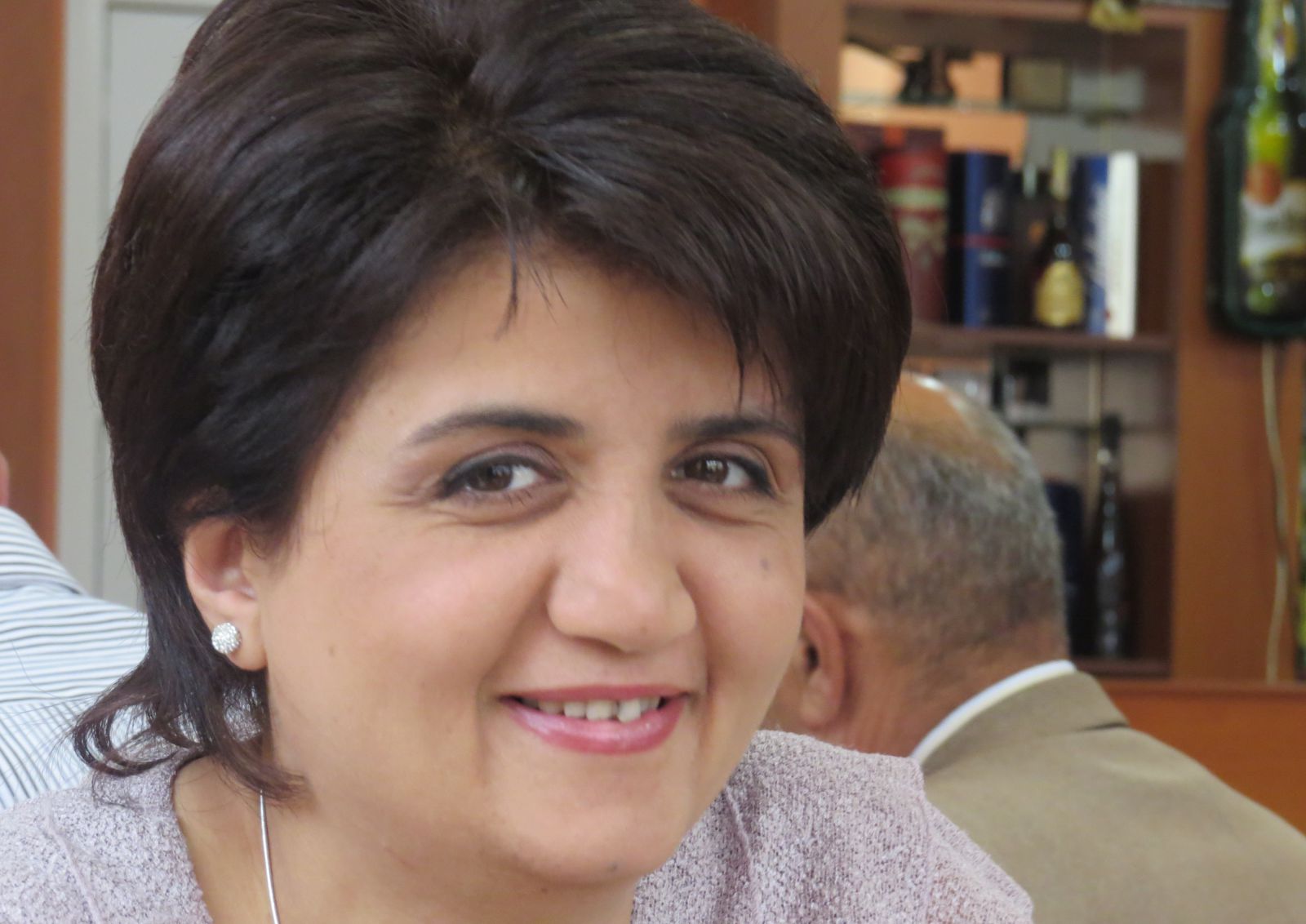 People began to speak about Nikol Pashinyan’s My Step movement in Artsakh when he reached Yerevan and the protest began to collect momentum. For the majority of the population, the main source of news remained Armenian TV channels, which did not always disseminate comprehensive information, relying more on official information.

For strangers of the My Step movement, there was the impression that the movement had come to undermine the foundations of the state, endangering Artsakh’s security, unleashing Azerbaijan.

This opinion was reinforced after the President of Artsakh made a call, which, while being a call for dialogue, was also one which warned that internal division is full of external dangers.

A series of statements from a number of youth groups in Artsakh to the protesters had a similar style, calling for a dialogue between the authorities and demonstrators and to avoid violence.

From the Artsakh National Assembly factions, only the oppositional Resistance faction expressed a clear opinion in support of the movement led by Nikol Pashinyan.

Suspicions of the destabilizing and dangerous nature of the movement was reinforced by movement at the line of contact with Azerbaijan, as reported by the Defense Army.

On the other hand, a sense of insecurity was inspired by the fact that for the majority of the people of Artsakh, Nikol Pashinyan was an unknown figure. He was well-known for being a supporter of Levon Ter-Petrosyan, which was only perceived in a negative light, labeling him untrustworthy.

Russian TV channels and talk shows also played their role. It’s not simply about the interpretations of the events taking place in Armenia, but the influence of Russian propaganda on the psychology and perceptions of the people of Artsakh.

All the reports on the events in Georgia, and more still Ukraine, and now on the Syrian tangle, had one common theme (subtle western games, conspiracy), which was subconsciously being pushed onto the actions of Nikol Pashinyan which easily fit into the the logical game of superpowers.

So, for the population, the movement initially remained as a destructive step leading to instability in foreign policy.

Naturally, the slogan Reject Serzh also played a role. No matter how much people recognized the political mistakes made by Serzh Sargsyan, the slogan was still perceived as being directed towards Artsakh and the people of Artsakh to some extent.

That also has its objective and subjective reasons. Opinions which were voiced years ago during various demonstrations had been circulating over the internet, going so far as to claim that all of Armenia’s pains and troubles are because of Karabakh, the people of Karabakh, the Karabakh issue.

At the right time, Nikol Pashinyan’s famous article began to circulate, some unknown, anonymous people began to testify that in one of Pashinyan’s speeches, he said that Armenian citizens should not serve on the front lines of Artsakh (by the way, the trick was used to block Jirair Sefilian’s caravan of cars) etc.

If these tactics for misleading ordinary citizens had their effect, then the response on social media was amazing. Most of the users had the opportunity to follow the demonstrations on live broadcasts and make their own conclusions about their content.

But the majority of them remained silent.

Some of them were focused on disseminating information, different caricatures of Nikol Pashinyan, collages, materials from websites which have only existed for a few days, as well as only those opinions regarding the unpromising outlook of the movement, the dangerous consequences, the destructive behavior of the protesters, the difficulties caused by the roads being closed and so on.

The same users ignored the participation of the tens of thousands of people and even tried to prove that the number of protesters were not as much as non-official information sources presented them to be.

After Serzh Sargsyan gave his resignation, those who viewed the movement through black glasses had a new opportunity to discredit their leaders, noting that Nikol Pashinyan is not someone who cares about the needs of the people, rather a person who aspires to become Prime Minister and who thirsts for authority, who is capable of destroying everything in his path.

Once again, the opinion that Nikol Pashinyan is ready to hand over territories was put into wide circulation. He is some illiterate, with no diploma, in his t-shirt and cap, and he couldn’t possibly be the supreme commander-in-chief.

The phase of protesting against Karen Karapetyan as Prime Minister also played its role. Unlike Serzh Sargsyan’s controversial image, Karen Karapetyan has a clearly positive reputation in Artsakh. Over the years, his family, headed by his father, was distinguished for its charitable campaigns and not a single negative incident or phenomena was tied to the family name. During the stage of the movement which was directed against Karen Karapetyan, opponents began to present the struggle as one not against the Republican Party, but against the people of Artsakh.

Rumors began to circulate that when Nikol rises to power, the Republic of Armenia will no longer help Artsakh, financial issues would arise, salaries and pensions would not be paid etc.

Fortunately, the behavior of the Artsakh government made it possible for the followers of this opinion to stop their anti-propaganda.

In Artsakh, the visit of the Armenian government delegates to Moscow was not accepted and within hours, the tone of the northern neighbors changed.

The May 1 sitting of the National Assembly provided many answers. Many have discovered Nikol Pashinyan as a politician, many also the Republicans. For the skeptics and protesters however, a new clutch was the Republican statement, “I do not see him as the supreme commander, he did not answer any questions.”

The following days were a reminder, however, that regardless of accepting-perceiving, loving-not loving, Nikol Pashinyan was the future leader of the Republic of Armenia.

While ordinary citizens tried to reconcile with this idea, they were expressing hope that their bad predictions would not be justified and began the process of cleaning up their social media. Caricatures and certain materials began to disappear. Comments began to appear under comments.

After being elected, Prime Minister Nikol Pashinyan’s first visit to Artsakh and his relaxed attitude formed a positive image. Users of social networks had begun to distribute pictures of the new Prime Minister in Artsakh. The idea that, if the new leader of the Republic of Armenia is not from Artsakh that Artsakh will be ignored was broken.

The army of those who speak freely grew.

The most urgent issue now continues to be managing the armed forces and how the events in Armenia will affect the inner-political life of Artsakh. One thing is clear, Serzh Sargsyan and Robert Kocharyan are no longer in a position of power in the RA, and from the domestic level to state political issues, the army of privilege seekers from Yerevan will lose its influence.