Searching for a Journalist 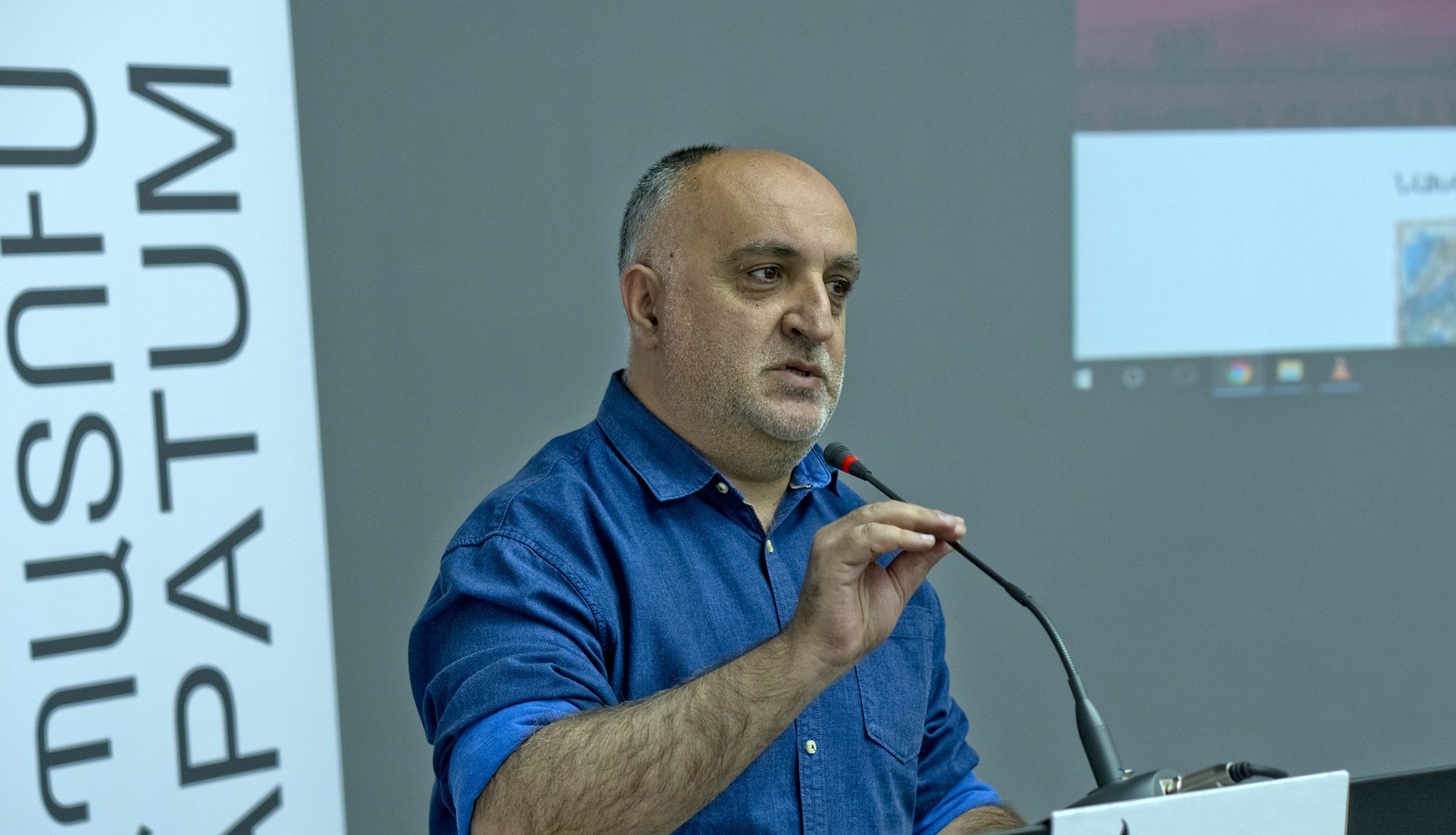 The wish to search for a journalist may seem strange, especially when Armenia, no doubt, is one of those countries that have experienced a tiger leap in the per capita number of journalists today.

And yet, why search? Let’s try to solve a media problem or formulate a task of the media.

This year’s Golden Apricot Yerevan International Film Festival was preceded by an incident that, naturally, had to get a reaction in the media. What was the incident? Let’s recall.

One day before the films in the festival program “Armenians: Internal and External Views” were supposed to be screened in its small auditorium (Henrik Malyan Theatre of Cinema Artists), the Union of Cinematographers of Armenia asked the Golden Apricot management to remove two films that raised issues concerning the LGBT community.

The Union of Cinematographers declared that if those two films were not removed it would refuse to screen the more than 30 other films included in the program.

Golden Apricot founder and Festival General Director Harutyun Khachatryan, publicizing the situation, clearly presented also the festival’s approach: to not censor the festival (removing from the program only the two films the Union of Cinematographers requested), but to abandon the entire program. Also presented was that the Armenian Center for Contemporary Experimental Art (ACCEA; NPAK in Armenian), one of the directors of which is the director of one of the films concerning the LGBT community, expressed readiness to discuss the matter of providing its auditorium to the festival and screening the entire program at ACCEA.

The festival management accepted this willingness with pleasure because it is a difficult task in one day to find an auditorium that meets an international festival’s requirements in a city (Yerevan) with no film auditoriums and solve all the technical problems that arise with film screening.

The ACCEA management, however, was unable to make a decision before the press conference signaling the start of the festival and “Armenians: Internal and External Views,” with the films concerning the LGBT community, was not screened.

Moreover, hints have been made that it was probably beneficial to some to try to cast a shadow on the Golden Apricot festival; some are worried about the festival’s and its founder/director’s reputation; the uproar somewhat contributes to the development of the future activities of the organization that produced the film about the LGBT community; elections are expected at the Union of Cinematographers; and so on.

Question to the task of the media: What should a journalist do?

Shouldn’t she try to understand if this was the acting president’s sole decision or the Union of Cinematographers board’s decision?

Shouldn’t she try to determine: Has a board meeting been called to discuss the situation? Are the board members in favor of the Union of Cinematographers’ position to censor the festival or not? Do they have their own opinion or not? Shouldn’t the composition of the board make it public?

Eventually, you have to ask the Union of Cinematographers management a question: Why are the doors of the cinema house’s big, wonderful auditorium tightly closed? Why for years has it not been possible to open them for audiences, when huge residential buildings have been erected at the site of the cinema house? Why is the area reminiscent of a cinema house building site deserted when there is an international film festival, a cinema house in Yerevan?

Shouldn’t she get interviews and explanations from the ACCEA management on why wasn’t it possible to reach a conclusion in a few hours? Is it possible to organize a film screening at ACCEA or not? And what did those 30–40 minutes to make a decision give to the management (ACCEA announced its readiness to screen the program 30–40 minutes after the press conference heralding the start of the festival)?

The series of the expected questions of the journalist can be continued.

If a journalist in one week not once directs questions to the addressee (in this case, the Union of Cinematographers of Armenia), but directs them to, say, jury members, ambassadors, invited film directors, guests, and does so a few dozen times, at every opportunity…

If a journalist poses the question a few hundred times to the festival’s founder/director, when the latter first of all has publicized the fact (the basis of journalism’s basics) and gave comments a hundred times (the component of the fact)…

If a journalist poses the question a few hundred times to the other organizers, the festival’s other directors, program directors, volunteers, drivers, and so on; invites to television talks and debates the same aforementioned people, “experts” and “analysts,” but not once the managers and directors of a huge overthrown festival program, state cinema representatives, and other people in charge…

If a journalist asks the aforementioned people and again a few hundred times what the Union of Cinematographers managers should’ve done, who are the board members of that inactive structure, where is the film union, why were they against the films, what prevented them and so on… Only one thing remains: to search for a journalist.