“We, the diaspora, can only support you, and we say: we stand for your rights” 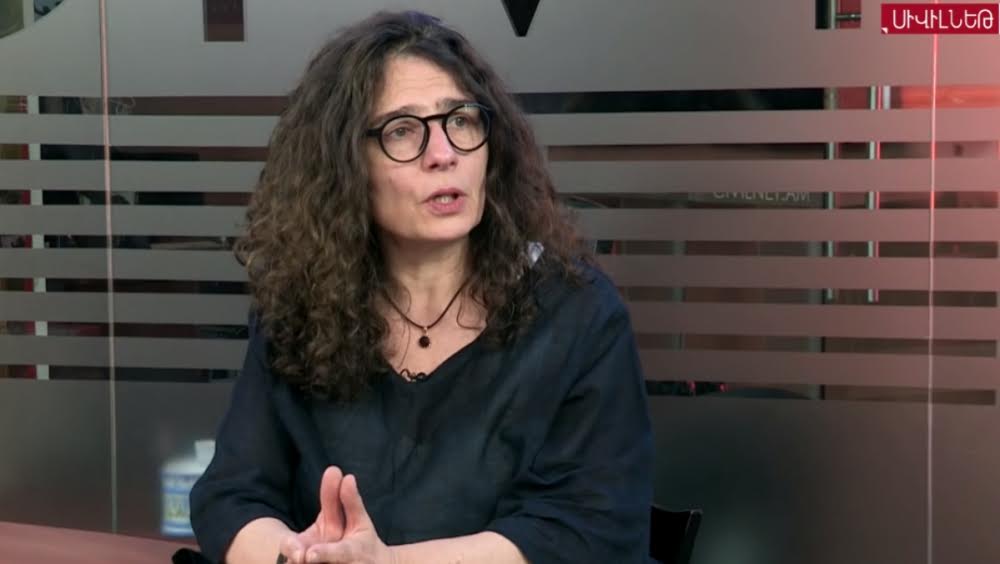 I’m always looking for information about Armenia. I mainly read the news that my friends and acquaintances send me.

Generally, I try to follow not the media of the ruling authorities or government, but Civilnet’s, Azatutyun’s [RFE/RL’s Armenia service] or Hetq’s stories. I also read our diaspora’s newspapers, where there isn’t always news about Armenia.

It seems now that if we don’t take an interest in social or alternative media news, we generally won’t understand what’s happening in Armenia. The news reaches the diaspora either in part or unilaterally. Or, unfortunately, both at once.

One of Armenian media’s obvious issues is that you have to be prepared to scrutinize, compare, draw conclusions, and analyze. Otherwise, you won’t understand what really happened; what is right, what is not. In fact, this is very difficult, since you have to allocate sufficient time to the task and understand that everything today changes very quickly.

I want us not to forget that through social media a lot of stories can also turn into gossip. And every Armenian who follows Armenia’s reality must of course admit that what’s important is not just getting the news quickly, but also trusting the quality of that news.

Of course, a primary issue all over the world now is news verification, distinguishing lies from the truth, seeing the use of manipulation. The international media today is in a difficult situation.

The world’s attention is usually directed at incidents happening in large countries (those are the stories that are read and shared). In Armenia’s case, very little information leaves the country’s borders.

For example, almost no one in the world learned that such serious incidents involving Sasna Dzrer happened in Armenia. And during those days when I was arrested then released, the news reached a few major organizations. For example, Human Rights Watch, where I sent a letter. Ultimately, I am a Canadian citizen, and news of my arrest, and consequently, also of the Sasna Dzrer incidents and the barbaric behavior of the police made it to the Washington Post and Le Monde.

And this way, the information to some extent was disseminated and referenced. I felt that not only was the world unaware of what was happening in Armenia, but also the diaspora didn’t have enough information because the diasporan media didn’t desire or wish, or wasn’t concerned to dig up more information. I don’t know, perhaps they also didn’t want to rouse diasporan Armenians. Or they hadn’t understood how to convey such inexplicable actions.

But in any case, they should have informed [the public] of what was happening in Armenia. I think the silence of the media those days was also the result of censorship.

But despite that, it’s clear to all of us that the world is not interested in Armenia. Gathering information about Armenia is tantamount to a waste of time. Armenia doesn’t take up space in the pages of the American or European press, let’s not kid ourselves.

It’s a big responsibility, as well as a personal decision, for me, Atom Egoyan, and Serj Tankian not only to follow events in Armenia, but also to support as much as we can. We feel our connection to Armenia at various levels. And not only with our participation in cultural events, but also in a broader sense, by being concerned about Armenia’s future.

I believe we have the right to talk about the gross injustice and the rights of local Armenians. For this reason, we’re bringing our participation to the April 2 elections as observers.

It’s clear how much people in Armenia love Serj Tankian, but that’s not just because of his art, but because for years he’s been fighting for both recognition of the Armenian Genocide and the protection of human rights.

Atom, Serj and I wanted to participate in such important elections for Armenia as observers. Understandably, we can’t raise our voices without the people’s participation, but we can be useful with our stance and our support.

And if you want change, you yourselves have to decide when, in what manner, and by what means to achieve this goal. We just support you from the rear, and we say: we stand for your rights.

If we witness any violations, we will be able to more freely express them. Of course, we’re not naive, but the day when Transparency International [Anticorruption Center] announces the results, the people will decide how the elections were: fair? transparent? free? or does the voice of protest need to be expressed?

We’re not citizens of Armenia and we can’t vote for different political parties, but we want every citizen to choose knowingly.

Personally, I can only urge one thing: go vote, and vote for the political group that is fresh, young, and has perspectives.