“Yezidi newspapers have no connection with community issues” 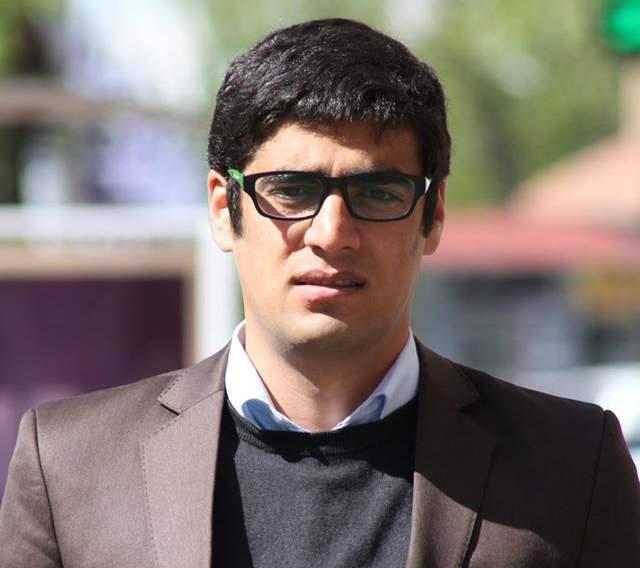 In Armenia, three Yezidi newspapers are published with state funding, but those newspapers do not have importance to community life. The approach to content is not serious. It can happen that two of the four pages of a newspaper printed once a month will be dedicated to, for example, the Armenian Apostolic Church’s holidays or Canadian cuisine.

You understand that if I, as a Yezidi, was interested in church holidays or Canadian cuisine, I could read about them in hundreds of other sources.

Newspapers in the Yezidi language are not for sale, but they also are of no use to anyone, since they are not connected with the daily life of Yezidis. There have been cases where newspaper articles have been repeated a few times throughout the year, reprinted without permission from other resources. Or you will see that an entire page is filled with photos.

I myself am a journalist, and I understand well that they are basically trying to fill up a newspaper, avoiding pressing topics.

I think that in the case of having stable funding, not establishing a high-quality four-page newspaper once a month is a shame.

I have been vocal about this issue several times. If the state is funding Yezidi-language newspapers with our taxes, why doesn’t it monitor their quality? They reply that if they interfere, it will seem like they are interfering in the internal problems of the community.

In reality, it is possible to monitor the quality without interfering. You simply have to set standards and demand quality that meets that standard. That way quality will be established, and not commanding the agenda.

I won’t even mention the double standard — if suddenly in one of these newspapers there is an article that is criticizes the president, of course they will interfere in internal community affairs, no?

A few years ago, with several young people we were able to print Denge Ezdia (Voice of the Yezidis) newspaper on our own and managed for four months, but due to financial difficulties, we had to stop. But it managed to bring activity and enthusiasm into community life, since it addressed specific issues, and when necessary, criticized the authorities.

On our website now there are no closed topics. We are sure that in our community if anyone has any issue but is too afraid to raise it themselves, we must take the hit for it. Otherwise, it would mean that we live in fear and do not create news. I remember one situation. Hovik Abrahamyan’s chief of security’s relative, by using the prime minister’s name (at the time Hovik Abrahamyan was in that position), was taking milk from the Yezidis but not giving them the money for it. We wrote about that, and the issue was resolved very quickly — the money was returned just so that the complaints would not continue. And in that way, several times we achieved significant results. For example, for 20 years, the “authorities” from the neighboring village passing by Garni would seize several sheep daily from Yezidi shepherds. We wrote about that, and they stopped bothering the shepherds.

What I am saying is that if newspapers work properly and are not afraid of losing state funding, results will follow. How is it possible to establish a newspaper without compassion and to not be vocal about issues?

Usually, in the field, when no one does anything and suddenly a force that’s ready to work appears, the others are then forced to overextend and think about not falling behind and not appearing impudent.

I am confident that if our newspaper had continued to be published, the others likewise would have improved their quality, since if not, their uselessness would be exposed. Now, roughly speaking, the state is funding the Yezidi newspapers with the aim of silencing the community’s voice.

When we speak about problems, it is very important who the listener is. I am referring to the Armenian president’s advisor for ethnic minorities, Armen Abelyan. If he is not concerned with our problems, nothing will change.

Of course, the problems are in the Yezidi community itself. Rulers are used to ruling, while Yezidis do not consider themselves to be full citizens of the Republic of Armenia. If they did, first they would request a special line in the state budget to fund more targeted spending, as well as better quality newspapers.

I say this painfully…

You have to try to work with the community, find healthy staff, change the mindset of people in order to work with those changed people to achieve results.

And now, no matter how much we hit, we are up against a wall. We have to dismantle the wall, at least open a door of opportunity and use that for positive changes. I am a supporter of that path. You can make a lot of clamor with hostility, but that is unproductive, because then people will be even more confided to their issues.

For the Yezidis, the prepared radio broadcasts are also disconnected from their real issues. The news must be about us, and not just translations of the Armenian newsfeed (for example, about Serzh Sargsyan’s visits).

Radio airtime dedicated to ethnic minorities can be used to broadcast contemporary readings and to promote the youth of the community. There are so many great and qualified Yezidi performers who should be given airtime, instead of putting on musicians from the 1930s who have been listened to a thousand times. Of course, the past is also important, but only streaming stock records devalues the concept of community development.

Soon, radio signals will be available in the compact places of residences of ethnic minorities. I think that broadcasts in Yezidi, Kurdish and Assyrian languages should be accessible throughout all of Armenia, since ethnic minorities live in different areas. After all, we pay taxes for the opportunity to listen. But it turns out that I, for example, an ethnic Yezidi living in Yerevan, do not have such an opportunity.

Either way, the state gives money to Public Radio, so the issue is whether there is a desire to create a better product. If that desire exists, there will be possibilities.

Officially, 42,000 Yezidis live in Armenia, but the real number is unknown. The problem is trust in the official figures. For example, the census reported that in Armenia there were three Yezidis who were proficient in English, and this is when I know 15 Yezidis myself who are proficient in English. How they counted this number, I do not know. For example, no census representatives came to our house.

In 2012, we appealed to the mayor of Yerevan, putting forth a request to name one of the city’s streets after Jahangir Agha, who in 1918 fought with Armenian troops. In the beginning the mayor agreed, then it seemed like he forgot, and I began to make public speeches to remind him that it would be good to have the contribution of Yezidis to Armenia’s history be respected.

It is interesting that the journalistic terror against me began by the Yezidi community itself, accusing me of blasphemy and criticism (I do not know when Taron Margaryan became sacred to them). As a result, the street was named after Jahangir Agha, but the behavior of the community members was very surprising.

How is it possible to make improvements with these people? It is the same situation of trying to build a house on a swamp. It won’t work, because the foundation is rotten. You need to get rid of the waterlogged areas in order for it to be possible to build a strong house.

Of course, this is primarily directed towards Armenia’s authorities, since the community in its current state is powerless to be reformed.

As for the Yezidis, they are diasporan worldwide, and have almost the same problems.