“The only thing we can expect from the media is vigilance” 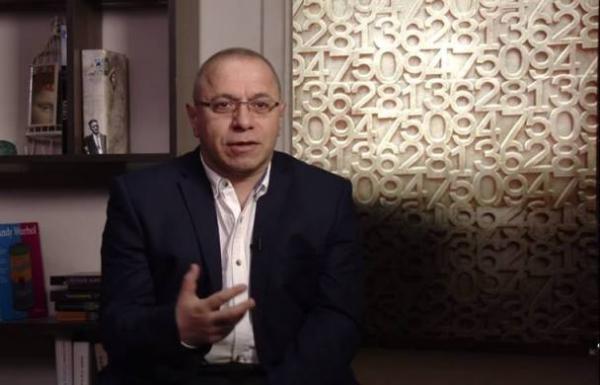 Human beings always want to believe and support the illusion that the world is a very trustworthy place. From both a political and physical (physiological) perspective, they need to believe this. For instance, if you begin to suspect that your building is not strong and you might be under immediate threat at any moment, it’s obvious that uncertainty will arise, which is fraught with very serious consequences.

In my speech at the Mass Media and Mental Health conference, I wanted to convey the idea that asserts the theory of mental trauma and disorders today. We know that it’s not necessary for us personally to be in a dangerous situation to experience a traumatic state of mind.

We can experience traumatic emotions by learning about someone else’s trauma.

In the past, there was the view that traumatic stress disorder arises only when something happens to you or those you love. Then this opinion changed: the expectation of trauma might transfer secondary traumatic stress to us.

And this is where the media’s role is very great. I would like news outlets when transmitting any new information to be aware so they don’t inadvertently transfer trauma to others.

Of course, understandably, shocking news sells. The human being is a unique phenomenon who enjoys receiving information about the traumas of others. This is called paradoxical pleasure. We get pleasure from hearing or seeing someone else’s trauma. And news outlets basically take advantage of this phenomenon.

The issue is that if stressful information is provided the wrong way, the audience doesn’t experience catharsis. On the contrary, secondary traumatic stress is created.

Often the previous traumas we experienced in our life help us resist new traumas. I am referring to both collective (group) and individual traumas.

But those situations that don’t help to resist but, in fact, refresh previous traumatic wounds are not few. No one knows the sort of consequences that might result in what instances and for whom.

The only thing we can expect from the media is vigilance. Psychologists cannot ask or demand anything else. I would like any news or image appearing in mass media to be seen also from this perspective: to what extent might it cause pain to my family or my children and awaken unwanted memories? If this view is adopted, the dangers that threaten our mental health will drop by at least 50%.

In saying that we expect positive examples from news outlets, let us remember that those examples must first of all be real and realistic. Positive examples are, say, the victories of our chess team.

The discomforts that are observed in our vicinity and with which we are all in some way or another connected are particular cases, manifestations of human relations. They are inevitable in all countries around the world.

In psychology, there is the idea of the myth of rulers or authorities.

We don’t have that myth here in Armenia: all information about rulers are maximally available and accessible. We know about their family members, interpersonal relations, and the businesses in their possession (who’s whose brother, in-law, and so on).

I think, there’s no other way: the ruling authorities have to try to recover the myth and public trust. But for that to happen, public demand must grow.

Do you understand, it’s not possible to be healthy without trust?

What we see in public consciousness today is that we don’t have even an organized opposition: some [political] forces appear from time to time, cooperate with others, then disappear. We constantly speak about and hear that something needs to change. But who is the change-maker?

When we see among the rulers people whom we trust, the feelings of danger and fear won’t torment us.

In the 21st century, a person receives as much information in a single day as he did during his entire life in the Middle Ages. Imagine, how strong the information wave that pentrates our mental world is. And processing, digesting, or responding to that information is very difficult.

I work a lot with children, and I see that if we’re unable to offer them something new and interesting, they will remain addicted to the internet; in many cases, they’ll become a slave to the internet. They won’t be able to make decisions and calmly take criticism.

But one thing is for certain: the new generation is smarter than us. Teaching at the medical university, I’m convinced they’re purposeful and oriented toward the bottom line (in a good sense).

We’re ancient compared to them because we’re inexplicable people filled with romantic, Soviet ideas. But young people are more concrete. And that is promising.