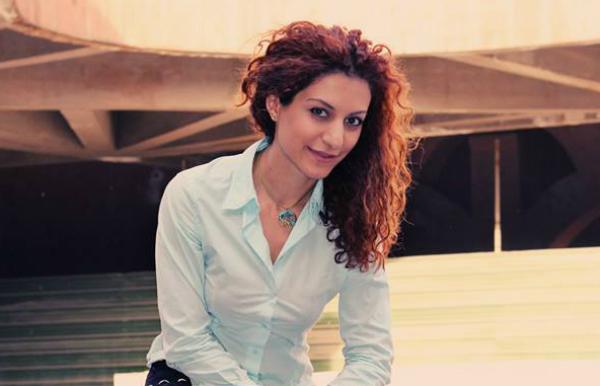 The only sensation associated with journalism that remains unchanged over the years is the fire burning in my chest during every interview — from flame to ashes.

I’m convinced that a journalist is a journalist as long as she continues to feel alive when conducting interviews, as long as interacting with people doesn’t become the most ordinary every day activity, as long as every meeting is packaged with fresh new emotions.

Many things during a journalist’s career become part of  a worn cycle: one can go to press conferences already having a clear picture of the final speeches; it’s already possible to guess the official comments of news events without making the required calls and inquiries; even the complete picture of the following day’s newsfeed is almost accurately sketched out in one’s mind…

This of course can also be called “trial” and “experience,” but it is the type of trial that sometimes becomes tribulation.

I see journalists who in conversation with an interviewee are simply a prop for their audio-recorder and with an expression on their face that says, “I know what you’re going to say, but say it [anyway].”

The other extreme display of a preconceived, “experienced” attitude is interrupting the interviewee’s every other word — to demonstrate their own reservoir of information, asking question after question.

I want lovely people to enter journalist and continue to remain lovely. The sonorous reserve of routine phrases, stylish aggression, and the intriguing style that accumulate when the rest of the daily trash remaining from the newsfeed isn’t thrown out, of course, might impress the naïve, but the most likely consequence is that real communication doesn’t take place.

The ventilation of society develops also through journalists. Every one who comes to interact with us is filled with great hope: that they will be perceived.

Journalists don’t become media. They resemble a varnished, inanimate artificial surface — with plugged holes. The ventilation of society develops also through us. Every one who comes to interact with us is filled with great hope: that they will be perceived. They have faith that the information conveyed to them, their lives and their work will deserve our special attention and rendering.

Perhaps it’s another regular, say, the sixth interview of another regular work day, but that it’s the interviewee’s first opportunity to present himself is not ruled out.

The opposite also happens: when we are someone’s regular, say, sixth journalist of their regular work day, and, god forbid, that it’s our first opportunity to present ourselves as journalists…

A good opportunity never to have the desire for a second experience, and the reason — again, “varnished” communication.

It’s been three years since journalism ceded its position to public relations in my life. The basis of this choice, whose time has come, is a great interest in communication and a great desire to test and work those possibilities from different perspectives.

Though the journalism profession and the local news industry with its many aspects have become unsightly for me, when conducting interviews, the sensations are the same as they were the first time. Oxygen, burning…