Goodness, Shame, and Conscience In and Out of the Media: Points of Tension 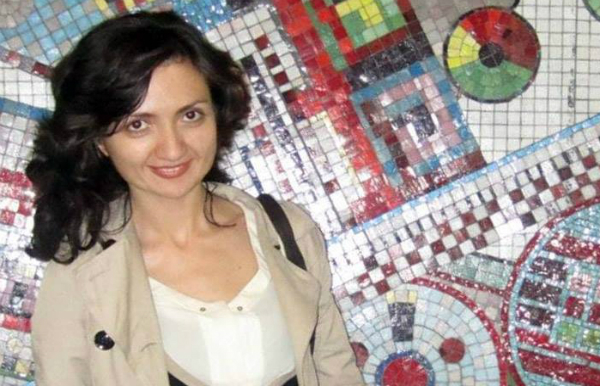 Media reflects reality. Armenia’s reality is reflected also in the media texts circulated on social networking sites, but not as it can be imagined. Not directly.

The media is more like an alarm signal than a mirror. When people en masse post their empathies and philanthropies, the lack of these in society becomes apparent. When they try to display broad-mindedness, you see how the reproduce ready-made templates.

When they try to seem profound, it again becomes salient that society has not surpassed the emotional level. When they position themselves as people who understand the situation, you find great delusion behind that. When it seems there’s an intellectual discussion, you suddenly realize that arranged are monologues of shouting people. These aren’t paradoxes; they are dualities that have an explanation.

Today as yesterday and most likely also tomorrow, new media in Armenia performs a few basic functions, and the functions of informing and public debate are not among the top. It feeds people with emotions, allowing their “I’s” to be presented as important and unique, to bypass real problems, and so on.

People’s online activity differs greatly (sometimes diametrically) from their daily offline behavior; however, people tend to assimilate them and live with them blended together, basing their positive self-esteem on their online self-presentation.

But it’s online activity that’s a good place to view all this, so let’s take a look.

A heated discussion, which could be more accurately called an uproar, recently took place regarding the decision of the parents, particularly the mother, of a child born with Down syndrome. Not resolving, naturally, the problems related to the topic, it revealed a number of other issues that characterize our society. These characteristics are woven together, but let’s try to discuss them separately.

Emotionality vs. Rationality: Armenian society is under the dominating influence of emotions — on the rational-irrational axis, it is highly skewed toward the irrational. The attempt to seek goodness and truth is replaced with torment, pity, rapture, and a stumbling on these “good” emotions.

A well-articulated lament often passes for judgment. “Isn’t it so?” and “perhaps?” put pressure on “why?” and “what”.The desire after the initial reaction to understand the motives, context, and players is trivial. Many of those leaving comments stubbornly struggled to remain under their first impression, even when new evidence forced them to think again.

The discussion was outwardly intellectualized — cited were sound judgments of the need for an inclusive and tolerant society and good tips for parenting children with Down syndrome, which, however, were out of place: it wasn’t clear why they were written specifically beneath the mother’s or father’s posts.

One other notable thing: As Adrineh Der-Boghossian remarked, becoming a target of reprobation and “not being forgiven” also came about for being a woman. But women also comprised a large portion of those doing the blaming. Is this not additional evidence that the reaction to the story was on an emotional level?

Lack of Reflection and Sincerity: It should come as no surprise that emotionality hinders sincerity — because it replaces it. Real, honest judgment precedes reflection (self-analysis), where you direct the questions to yourself and not others. Predominating in the comments are pathetic, rhetorical questions in second or third person, in which the person posing the question has removed himself, either knowingly or unwittingly.

When reflecting, many would be silent before writing a comment, trying to answer several difficult questions, such as “What would I do? What would happen after that decision? What would I feel if my husband went public with the story? What was my attitude to the matter before hearing this [particular] story; did I have an attitude? Why have I become so emotional now? What advice would I give my sister or friend in this situation?” and so on.

Reflection is lacking in our everyday life — even more so online. It is replaced with positive self-presentation, and sometimes it seems people write their opinions in narcissistic ecstasy.

In one of the comments left beneath the mother’s [Facebook] status update, she was accused of not being sincere. There is no doubt that someone who has been publicly attacked cannot be completely open and write a factual text, since being closed is typical of someone on the defensive. Bu this is a lack of sincerity of a third or fourth level compared to the public attack. In this public, there are thousands of similar cases, which differ from this case only by their being carefully hidden.

Reactivity: The majority of those leaving comments, I’m sure, position themselves as active citizens. Often reactivity passes for activity. I don’t remember before this media incident seeing any online discussion initiated by anyone on the life of children born with Down syndrome and their parents. People need very specific signals to which they can respond vehemently, which is normal. The problem is then the truth becomes limited by the response.

Personalization: Here, in Armenia, everything is personalized. Despite the amount of comments, both supportive and critical, the person having the problem and not the problem itself became and remained the target. She stopped being a specific person, with her problems and personal life, and became an image personifying the problem. It would’ve been possible at some point to stop addressing the mother by name and move from giving advice (with the ease of dictating a recipe) to another platform, to discuss a difficult matter. But that would be surprising — in our country, even in new media nothing new happens.

Primitiveness: Remaining predominant in Armenian society are primitive classifications and scenarios. The story is understandable if it is told as a fight between good and evil, black and white. You can even change places; what’s important is the use of contrasts, and that the hero and anti-hero are clearly indicated. That’s why good was he who took [the child] and bad was she who abandoned him, while the motives, factors, tensions, and the drama underlying these actions are complicated and not needed.

Shame and Blame — Instead of Acceptance: I would give the medal of contradiction to this characteristic. The amount of deep-felt criticism and blame in leaving the child does not convince us why people shouldn’t act this way. Instead it explains quite well why this is how people often act in Armenia. This is a society of shame and blame, where difference, weakness, and deviation won’t be accepted.

They fight with blame even against shame. This is why parents of children born with physical or mental impediments live with shame, while the others try to avoid the same fate. In this society, leaving those children, unfortunately, is a statistical and ethical norm. So what didn’t forgive Leo’s mother? Probably that she was unable to do so discreetly; perhaps also that the story shook many from their sleep of conscience.

There is a need to better understand the distance between the media and actual realities; otherwise, one passes for the other, creating the illusion of a changing society. In this story, the role of the media, of course, was unprecedented. The media didn’t exaggerate or change the story — it created it. It made one personal story a public reality, unlike many other stories that are not made public and thus, don’t exist.

The media event will remain as such for discussion participants and won’t migrate to their everyday reality. After leaving comments, many will go to their neighbor’s or friend’s house to have coffee and when the latter tells them that her aunt’s grandchild was stillborn, it won’t even cross their minds whether that’s true. Because in some cases it isn’t.

At this point, the media response seems not so much an impetus for change as a reaffirmation that everything is constant in this society. The media event, by and large, has invaded the offline life of one person — Leo’s mother. It’s being public is one more psychological problem added because of what happened.

Such a woman in labor in a patriarchal and closed society would’ve been more fortunate if she was married in a traditional and patriarchal family, where the decision would’ve been made for her. She would need only time to recover and settle her conscience. Because in Armenia, conscience is brought too close to shame, and if no one outside found out, what shame? and what conscience?

On the backdrop of this, it would be a great achievement if the uproar was followed by balanced discussions; for example, about support programs for parents who abandon (or don’t) such children. It’s sad to see that the media influence on serious topics is so “marked” and negative.

The topic of morality and goodness is akin to a chameleon: it’s changeable, dependent on the context, stumbling, even slippery. And the media addressing this topic is an even more bizarre occupation: they’ve put the chameleon on a spotted carpet and are having a long debate on its color.

Some problems of measuring ethics were reflected also in the initial reaction by Western media. The Western audience needed a “story” (in the true sense of the word) that would have a clear structure, adapted and beautiful, and would reaffirm that which is good and who is good — and more importantly, would have an ending.

That which comes after — for example, what will happen to the child in New Zealand, what will the father or mother do — interests very few people, since it is already outside of the plot that affirms Western virtue and the savageness of the Third World. This is the problematic aspect of the West’s triumphant rationality — reflected in the media.

But no matter how we look at it, cases are worse in Armenia. Here, people don’t even need a story that’s complete: an arbitrary episode is sufficient for an emotional outpour. We still have a long way to go, together with the media, until we move from the level of empty emotionality to at least banal rationality.