Boundaries Between User and Producer Disappear 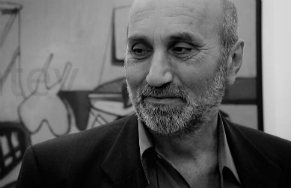 Some types of art came to the conclusion that information likewise can be art.

In the era of information society (in which we live), it is not information but its creation and exchange that is art. And when the process of information production emerges, its producers, authors, and consumers also emerge.

When a consumer makes use of the most common and current information means (for example, social networking sites), he stops becoming ordinary — or everyone becomes ordinary.

This is the time when online you are not only a lover of art, but also an artist; not only a reader, but also a writer. That is to say, the boundaries between the user and the producer disappear. Even those who think they are just a consumer likewise become producers, since in carrying out the act of thinking, they become a participant in the exchange of information society. This process contains the idea of both form and data.

And it doesn’t matter what type of participation it is — interactive or inter-passive. Passing through the information environment, they become a part of it; the environment (including the art environment) is made into an installation within them.

In a universal vision (when everything is visual), good artists make visible invisible things, which sometimes have nothing to do with the image; for example, they may have to do with movements — political, national, scientific.

That is, magnified is the issue that, say, disturbs the development of society today — in terms of civilization.

And in this environment, the storage, classification, and assessment of information becomes important. And assessment cannot be made at random. It is also a willful act.